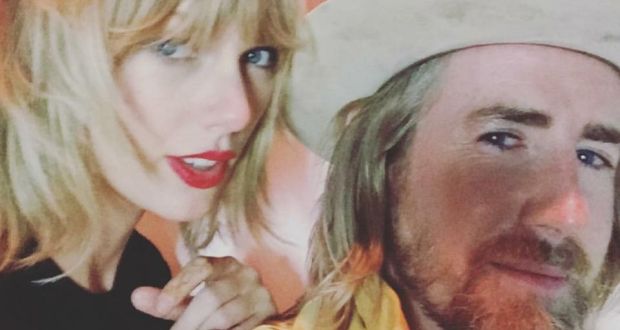 The Limerick celebrity hairstylist, Gareth Bromell Taylor Swift haircut has hit the news worldwide. It is the haircut that turned the world’s heads around following her break-up with actor Tom Hiddleston.

Gareth Bromell, who is originally from Castleconnell styled the singer’s hair in the comfort her own home which apparently only took half an hour to do.

After the Gareth Bromell Taylor Swift haircut, she is now rocking the ‘shag’ hairstyle which is really modern at the moment. The style is a really heavy fringe chopped into at the ends with a bit of layering as “Taylor wanted a bit of a change with her fringe and her bangs and the style of it.”

The pair were then pictured together when they attended English model and actress Liberty Ross’ birthday party where Taylor debuted her brand new look.

Gareth Bromell, the 34-year-old began his passion for hairstyling in Limerick when he was 15 and over time had worked with Hugh Campbell, Toni and Guy and Frank Slattery. He has never forgotten his Limerick roots.

The A-List hairstylist is the son of former winger Mick Bromell who played with Thomond RFC when he was young, had an established career with the bohemians and was part of the Munster team from 1976 1978.

After working in Limerick for five years, he moved to London where he immersed himself in the fashion industry, working under top UK stylists Daniel Hersheson and Paul Hanlon.

He is now a hairstylist that everyone is after as he works on fashion shows in Milan, Paris and New York and travels all over the world. He also assists on fashion photo shoots and his work has been featured in Gucci campaigns.

From all of us at I Love Limerick, we wish Gareth Bromell the best luck as he continues his incredible career.

For more news about hairstyling from I Love Limerick click here.

The Blizzards return to Limerick for their Big Top performance