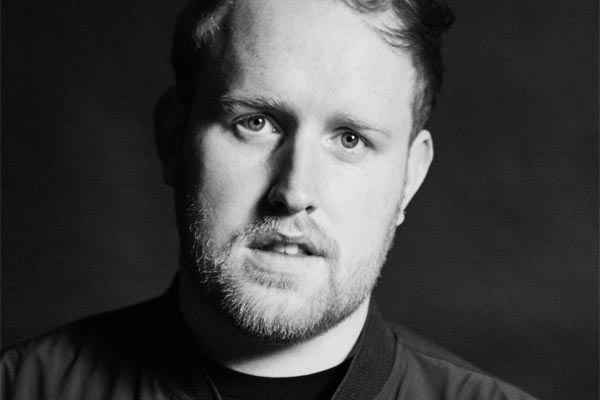 Irish musical talent, Gavin James returns to King Johns Castle in Limerick. The Hearts on Fire singer returns to the medieval castle, scene of a sold-out show in August of last year.

Gavin Wigglesworth, known professionally as Gavin James, is an Irish singer-songwriter. James was born in Dublin on the 5th of July 1991 and grew up in a household surrounded by music. James began playing music in a rock band at the age of 14 and writing his own songs.

The rock band was short-lived, however, James continued to perform solo, playing numerous gigs for years and building his audience. By age 21 he had begun focusing on his songwriting and playing open mic nights. James’ first release, the EP Say Hello, was a huge internet hit in 2012 and the title track won the Choice Music Prize Irish Song of the Year, while 2014 saw the release of the live album Live at Whelan’s.

He began Working on his debut album Bitter Pill album back in 2015. It was recorded in London and LA with Producers Fraser T. Smith and Cam Blackwood.

ILoveLimerick said, back in August 2017, that James spoke about the album saying, “I’ve always wanted to hear how my songs would sound properly produced, but I didn’t want them to lose the edge they had live. We recorded the song Bitter Pill first and once we found the sound for that the rest was easy.”

This summer, Gavin James returns to King Johns Castle, which is booked by music venue Dolan’s in association with Shannon Heritage. It will take place on Saturday, July 21. Get your tickets on Ticketmaster this Friday, February 9.
Booker Neil Dolan told the LimerickLeader: “We are delighted to welcome Gavin back to Limerick, last year’s show was one of the highlights of the year.” “Gavin has grown from strength to strength with Hearts on fire being one of the most played songs of the last year,” he added.

Niall O’Callaghan, Managing Director, Shannon Heritage also told the LimerickLeader: “We are delighted to once again welcome Gavin James to King John’s Castle, his performance last year was amazing.”
“King John’s Castle is a wonderful venue acoustically for concerts which is borne out again and again by the high calibre of artists which the venue is attracting. There is something really special about attending a live concert in the heart of a medieval castle and we look forward to welcoming concert fans for our 2018 programme of events.”
Walking on Cars, and hometown stars Hermitage Green and Bell X1 also have been announced to take the stage in the Castle this year.
Tickets for Gavin James go on sale at 9 am this Friday from Dolans and Ticketmaster.