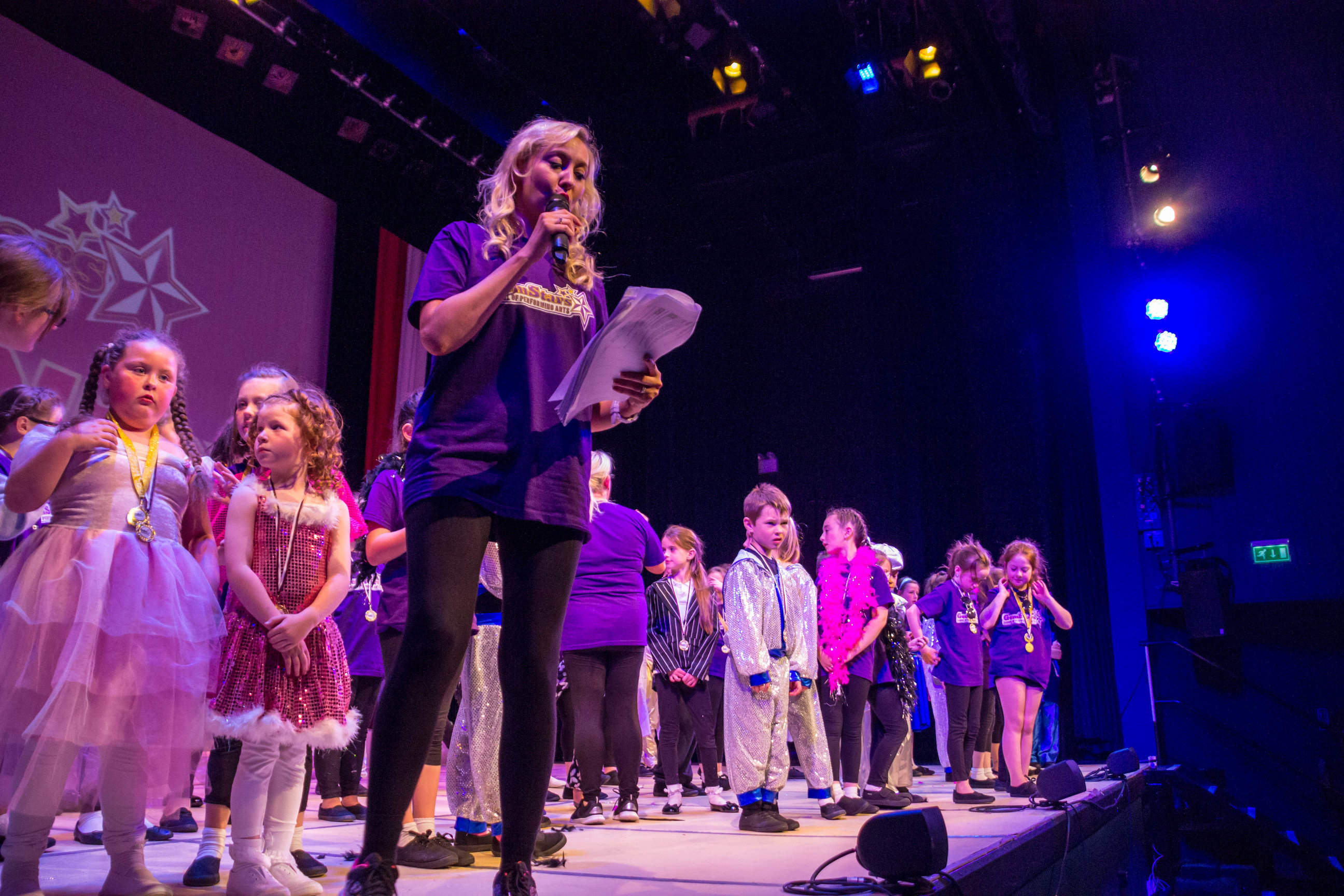 Gemstars School of Performing Arts are having their 2nd annual show, the spooky spectacular ‘Phantom Manor’ at the Lime Tree Theatre on Friday, June 16th and Saturday, June 17th and it’s an entertaining show for the whole family not to be missed!

Sisters Emma and Georgina O’Driscoll set up Gemstars School of Performing Arts in 2015, providing classes for children from the age of four to young adults. Currently operating out of a number of venues including Delta Business Park, Ballysimon and the Millennium Centre, Caherconlish, Gemstars teaches music, singing, dancing and drama in a non-competitive environment.

Emma O’Driscoll found fame through the Irish pop group ‘Six’ and afterwards pursued a career in show business appearing as a presenter on RTÉ’s Den Tots and The Disney Club. Emma is a well known Limerick personality and a pantomime star seen every year in the productions of Limerick Panto Society in roles such as Snow White and Cinderella.

Emma’s sister, Georgina, pursued her studies in Applied Social Sciences in Social Care and boasts a Special Merit in a Bachelor of the Arts, winning the Brothers of Charity Limerick Award for Overall Excellence through her studies.

The sisters believe the arts have the power to support strong development and growth in the youth and create a supportive community for children to learn in.

Emma who is very passionate about the work of the school said, “Each term students work in a variety of styles in dance, drama and singing from musical theatre to pop. All classes are carried out in a fun and safe environment, encouraging students to immerse themselves in the performing arts that have many benefits such as confidence, social and creative development.”

Last year they had their inaugural annual show at the Lime Tree Theatre, which saw their young performers take to the stage in a production of ‘Back to the Future’ and this year the are going even bigger and better with their second production Gemstars Phantom Manor, a spooky tale the whole family will enjoy, filled with vampires, witches, goblins and ghosts that will have kids on the edge of their seat.

The story takes place on this night 300 years ago, beneath the lunar light, as three cackling witches cast a spell on the Master of the Manor and his dear wife, leaving the fate of Phantom Manor hanging in the balance. Once famed for being the scariest hotel in all of the Otherworld, its scare ratings have become frightfully low to the delight of the witches. Their evil plan is starting to take shape. Can a human break the spell and save the manor?

Written, produced and directed by Georgina & Emma O Driscoll, get ready to take your seats in ‘Phantom Manor’ for a spooky spectacular if you dare.