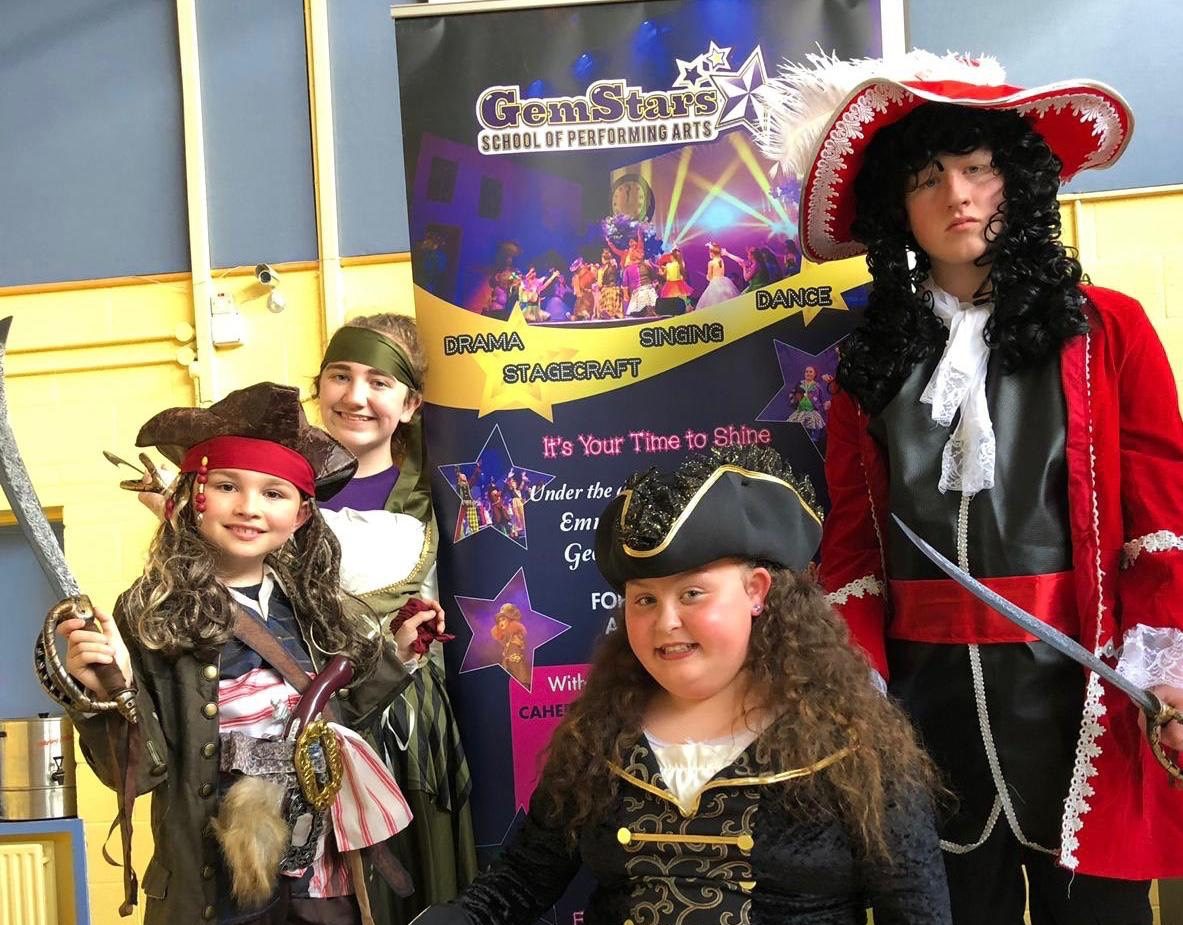 Gemstars Present Pirates The Tale of the Forgotten World

Gemstars Present Pirates The Tale of the Forgotten World

Currently operating out of a number of venues including Delta Business Park, Ballysimon, the Millennium Centre, Caherconlish and Crecora National School. Gemstars teaches music, singing, dancing and drama in a non-competitive environment.

Emma O’Driscoll found fame through the Irish pop group ‘Six’ and afterwards pursued a career in show business appearing as a presenter on RTÉ’s Den Tots and The Disney Club. Emma is a well-known Limerick personality and a pantomime star seen every year in the productions of Limerick Panto Society in roles such as Snow White and Cinderella.

Gemstars will perform at the Lime Tree Theatre Friday, June 14 and Saturday, 15.

Emma who is very passionate about the work of the school said, “Each term students work in a variety of styles in dance, drama and singing from musical theatre to pop. All classes are carried out in a fun and safe environment, encouraging students to immerse themselves in the performing arts that have many benefits such as confidence, social and creative development.”

Pirates, The Tale of the Forgotten World catapults the audience into a world after the cast release the sands of the seven seas. The voyagers then battle Captain Crook who is seeking the magic treasures of the bottle that once belonged to their legendary grandfather. Set sail for a fun-filled voyage of discovery where you will meet lots of well-known characters such as Tinkerbell and her Pixie friends as well as swashbuckling pirates in search of treasure, powerful enemies and amazing adventures.

What are you waiting for? Climb aboard and take your seats upon the decks of the White Pearl and join the cast for some laughter, heart, magic and thrills. Gemstars will perform at the Lime Tree Theatre Friday, June 14 and Saturday, 15. The cast will perform twice on Saturday at 3 pm and again at 7.30 pm.

For more information and to book your tickets visit

Related Topics:Gemstars School of performing Artslime tree theatre
Up Next