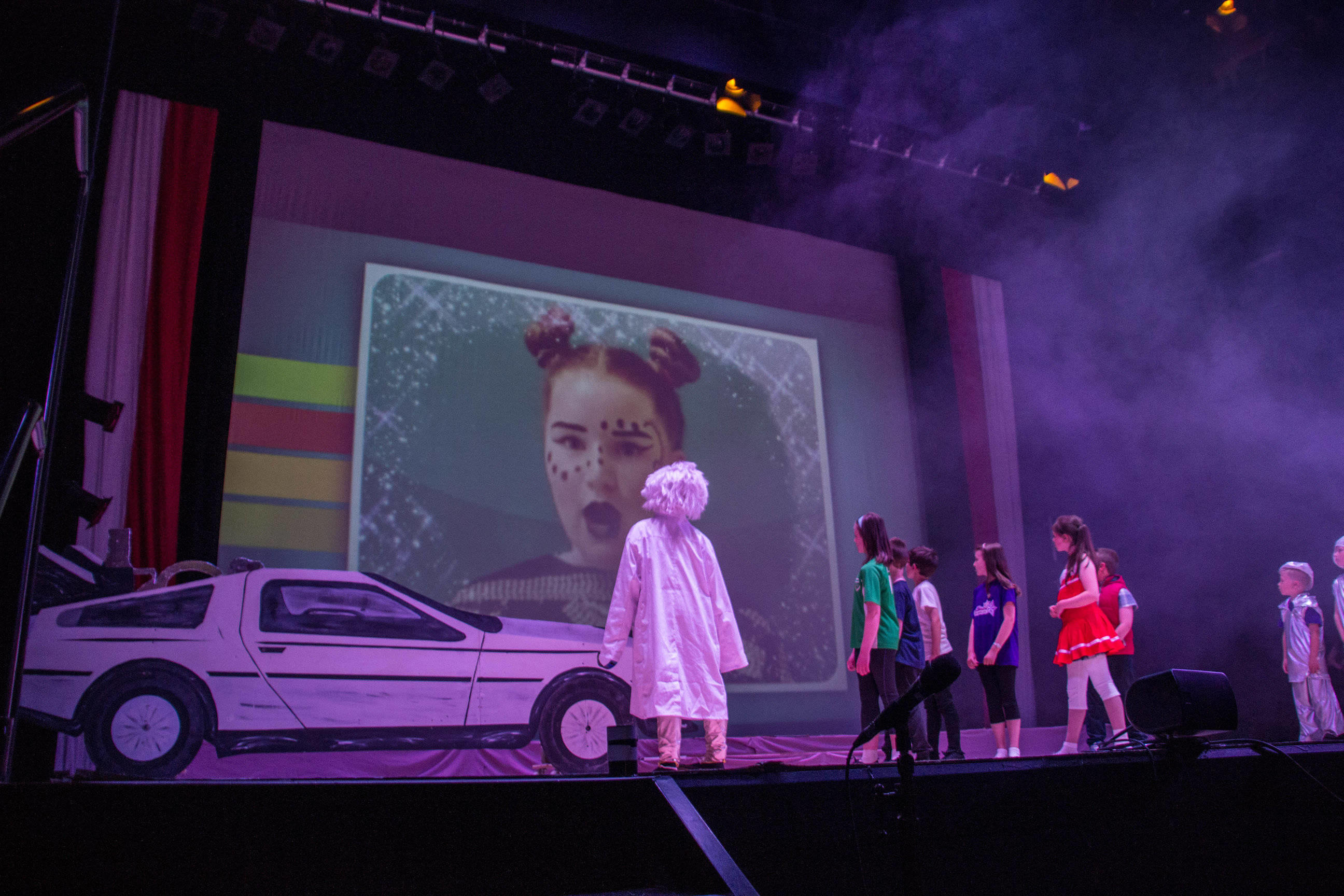 Gemstars School of Performing Arts on stage at the Lime Tree Theatre for ‘Back to the Future’. Picture by Cian Reinhardt/ILoveLimerick.

Sisters Emma and Georgina O’Driscoll set up Gemstars School of Performing Arts in 2015, providing classes for children from the age of four to young adults. Currently operating out of a number of venues including Delta Business Park, Ballysimon and the Millennium Centre, Caherconlish, Gemstars School of Performing Arts teaches music, singing, dancing and drama in a non-competitive environment.

Emma O’Driscoll found fame through the Irish pop group ‘Six’ and afterwards pursued a career in show business appearing as a presenter on RTÉ’s Den Tots and The Disney Club. Emma is a beloved Limerick face and a pantomime star seen every year in the productions of Limerick Panto Society in roles such as Snow White and Cinderella.

Emma’s sister, Georgina, pursued her studies in Applied Social Sciences in Social Care and boats Special Merit in a Bachelor of the Arts, winning the Brothers of Charity Limerick Award for Overall Excellence through her studies.

The sisters believe the arts have the power to support strong development and growth in the youth and create a supportive community for children to learn in.

Emma said, “Each term students work in a variety of styles in dance, drama and singing from musical theatre to pop. All classes are carried out in a fun and safe environment, encouraging students to immerse themselves in the performing arts that have many benefits such as confidence, social and creative development.”

Emma O’Driscoll on stage at Gemstars School of Performing Arts show ‘Back to the Future. Picture by Cian Reinhardt/I Love Limerick.

Gemstars School of Performing Arts recently held a show at the Lime Tree Theatre, which saw their young performers take to the stage in a production of ‘Back to the Future’. The show focused on a group of friends who discovered a time machine, which took them and the audience on a journey through musical history and nostalgia. Performances of songs such as “The Timewarp” and “Men in Black” made up the show, which sampled music from the sixties all the way up to the modern era.

Gemstars School of Performing Arts is currently running summer camps in Caherconlish with camps in the Delta Sports Dome and Crecora National School running from July 11-15 and July 18-22 respectively.

For more information, you can contact Gemstars School of Performing Arts at [email protected].

You can read more stories related to theatre, here.