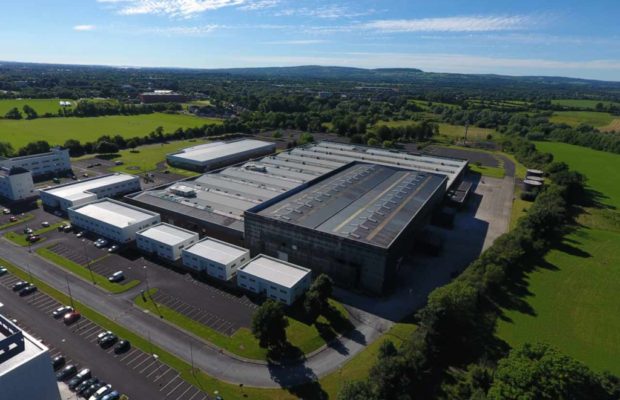 George RR Martin’s Nightflyers Set to Go Straight to Series in Troy Studios – It is estimated that up to six workshops are currently in use at Troy with over fifty Irish craftspeople employed along with a host of local suppliers who have been recruited to assist with the production.

It was heavily reported back in September that SYFY were in negotiations with Netflix over a deal for Nightflyers that would see the project go straight to series.

However, although strong reports out of Hollywood suggested the deal was imminent, no official confirmation materialised.

Now leading up to the Christmas holidays, filming has yet to begin in Troy Studios as the Nightflyers set is still in production.

It is estimated that up to six workshops are currently in use at Troy with over fifty Irish craftspeople employed along with a host of local suppliers who have been recruited to assist with the production.

According to Mike Cantwell, CEO of Innovate Limerick, a crucial body in helping complete the Troy Studios deal, it is now expected that the work on the show won’t begin until early February as he confirmed that ‘Nightflyers’ will be filming its entire season in the New Year adding that the show is going “straight into series, which has (already) gone into production.”

Speaking with Alan Owens of the Limerick Leader, Mike Cantwell, Innovate Limerick CEO said: “The original plan was that they would have filming completed by Christmas, but because the construction phase is at a scale which is much bigger than any of us ever thought, they will be in construction until end of January, February and then filming will commence roughly around then until probably around the end of August. And we believe it is the biggest production that was ever done in the Republic.”

The sci-fi series is set in the future as Earth is on the brink of destruction and follows a crew of explorers who journey on the most advanced ship in the galaxy, the Nightflyer. The ‘Nightflyers’ series marks a significant moment for the studio as it opens its doors to an international production for the first time.

The studio is located at the former Dell factory in Castletroy, the 340,000-square foot facility is now Ireland’s largest production studio.

Light Up A Memory this Christmas in aid of Milford Hospice