By Richard Lynch on August 5, 2015@richanthon 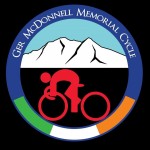 The Ger McDonnell charity cycle for Mid West school for the Deaf Pre-school will take place this Sat, Aug 8, from Kilcoran, Co. Limerick to Doolin, Co. Clare. The 112km cycle leaves Ger McDonnell Park on Saturday at 9am. Registration for the cycle is €50 and cyclists can register online or in Kilcornan on Saturday from 8am.

This year the organisers have chosen the Mid West School for the Deaf Pre-school as their annual charity and all money raised by the cycle will go directly to fund a pre-school teacher for Deaf children in the Mid West region. The school relies almost entirely on fundraising to provide this essential service. Children travel to the specialist pre-school from the entire Mid-West to avail of a pre-school which focuses on language acquisition and language development for Deaf children. The service is now entering its 14th year.

Ger McDonnell was an adventurer and a mountaineer. He climbed Everest (famously pucking a sliothar from the summit) and was the first Irish person to conquer the famous K2. Sadly Ger lost his life on the decent that fateful day as he stopped to desperately help 3 other climbers who had become trapped. An Ice fall hit the group on one of the most infamous days in K2’s history. An award winning film ‘The Summit’ has been released about Ger’s untimely death and his attempts to save the lives of fellow climbers. There are many stories and articles written about Ger and his amazing story.

In Ger’s memory the family run the Ger McDonnell cycle every year taking a route Ger famously took himself one day when his mother sent him to the local post office to post a letter. Being the adventurer that he was, Ger set off from his home in Kilcornan Co. Limerick and cycled to Doolin Co. Clare – 112kilometres  (Via Shannon Ferriers!!) where he duly posted the letter and had a few pints with the locals. This story was often recalled by Ger and many of his climbing friends recalled it to comfort the McDonnell family around the time of his untimely death.

This is the route which 100 cyclists will take on Saturday morning next in aid of our pre-school. All of the funds raised will go directly to the school. Many kind sponsors have come on board to cover the costs of the ferry and transporting bikes and cyclists back to Kilcornan on Saturday evening and we are very grateful to them all for their help.