By Richard Lynch on March 7, 2017@richanthon 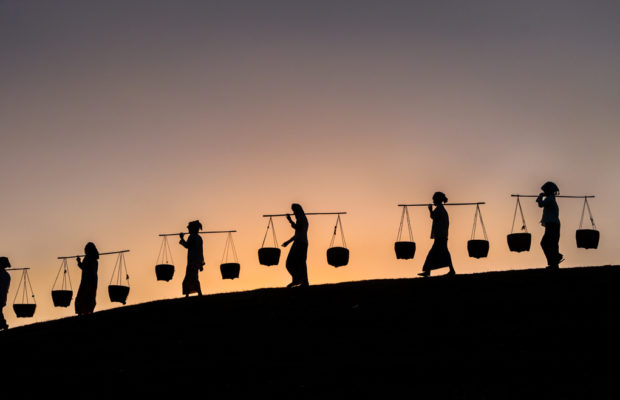 The Hunt Museum is pleased to present a stunning exhibition by award-winning, Limerick-born photographer, Gerry Andrews. A recipient of numerous national and international awards for his photography, and nominee of the Limerick Person of the Year award, Andrews’ work has been displayed in over fifty countries worldwide.

The weird, wonderful and exotic travels of the Limerick native over the past decade has led him to produce his latest photography exhibition of 110 images, Faces and Places, which opened in the Hunt Museum on Friday, February 24, and ends March 30.

On March 30th, to coincide with the closing of Andrews’ exhibition, a public “in conversation” event will be delivered during which Alan English will informally interview Andrews. They will discuss Gerry’s love of photography, his travel and much more. The admission is free.

In recent years, Andrews has travelled extensively throughout Europe, the Americas and South-East Asia. Having a specific interest in social documentary photography, Andrews has managed to capture a side to these countries not often seen. From the wide array of images on display in the exhibition, Andrews demonstrates his ability to capture the beauty, traditions and peoples of these countries in a truly striking fashion.

Gerry Andrews, who lives in Rathmichael Co Dublin, was born in Wolfe Tone Street Limerick in 1952. He was educated at the Model School and St Munchin’s College, Co Limerick. His interest in photography started as a nineteen-year-old while working in the Limerick Leader. Gerry gave up photography in 1980 to concentrate on his career. Gerry returned to photography after the death of his wife, June, in 2004. Since returning to photography, Gerry has travelled extensively throughout Europe, South East Asia, South America, Africa and Cuba. In 2011 he spent a period of time making a photographic record of the vanishing tribes in the Omo Valley in Ethiopia and this work was subsequently featured in a profile of him on RTE television.

Gerry’s photographs of the Milk Market and Limerick in the 1970’s have received worldwide interest and acclaim. The Hunt Museum invited him to display these images as their premier 2012 Summer Exhibition. The show, which ran for four months, attracted record numbers to the Museum and was extended by popular demand. The success of that Exhibition has led to the publication of his award-winning book ‘Shaped by History.’

It’s always worthwhile stepping inside The Hunt Museum’s gallery and Faces and Places: A Photographer’s Journey is a particular treat. Opened on the 24th of February, the exhibition runs until the 30th of March 2017. For further details please contact The Hunt Museum: 061 490084; [email protected].

To find out more about Gerry Andrews, click here.

To read more stories about the Hunt Museum, click here.