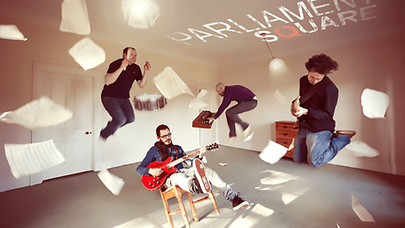 Gig For Ukraine – pictured above are the band Parliament Square who are set to feature as part of the Gig for Ukraine fundraiser.

Gig For Ukraine will be a two-hour fundraiser at Dolans featuring a variety of names from the Limerick music scene, with all proceeds raised to be donated to Medicins Sans Frontieres, Ukraine

Well-known bands and performers including T.A Narrative, Parliament Square, dREA and John Steele are set to feature this week as part of Gig for Ukraine fundraiser, a special concert at Dolans Warehouse to raise money for the humanitarian appeal in Ukraine.

Gig For Ukraine will be a two-hour fundraiser, which will feature a variety of names from Limerick music scene, with all proceeds raised on the evening being donated to Medicins Sans Frontieres, Ukraine.

This event will play Dolans Warehouse on Friday, April 1st.

Speaking in advance of Friday’s Gig for Ukraine, Neil Dolan of Dolans Presents said: “We are delighted to be able to host this event which will raise much needed funds for those affected by the current situation in Ukraine. The line-up of respected Limerick musicians promises to be a very special evening and we hope that Limerick audiences will support this worthwhile fundraising event”.

The gig will feature Electro-pop due T.A. Narrative. The pair have previously worked on several music projects together, most notably as one half of 00’s Indie-pop band ‘We Should Be Dead’. The release their first single ‘Playful Resister’ in 2020, was followed by ‘Lifting you Higher’ later that year. A self-produced duo, they have built a foundation on creative ideas and an experiential outlook.

Parliament Square are currently new material set for release in 2022.

John Steele is a solo Limerick musician and the guitarist for local band, The Flag Listeners. His debut album, ‘All My Days’, was followed by his second album ‘Naturally Nocturnal’ and was received to critical acclaim.

Also featured is well-respected singer-songwriter dREA. The former frontman of Limerick’s Vesta Varro has been immersed in music all his life, and has expanded

his previous band’s guitar-based influences to incorporate other types of popular music into his sound.

All proceeds from this event will be donated to Medicins Sans Frontieres, Ukraine.

Tickets for Gig for Ukraine on Friday, April 1st at Dolans Warehouse are on sale now and can be purchased HERE

Get Egg-cited! The Limerick Easter Bunny is back