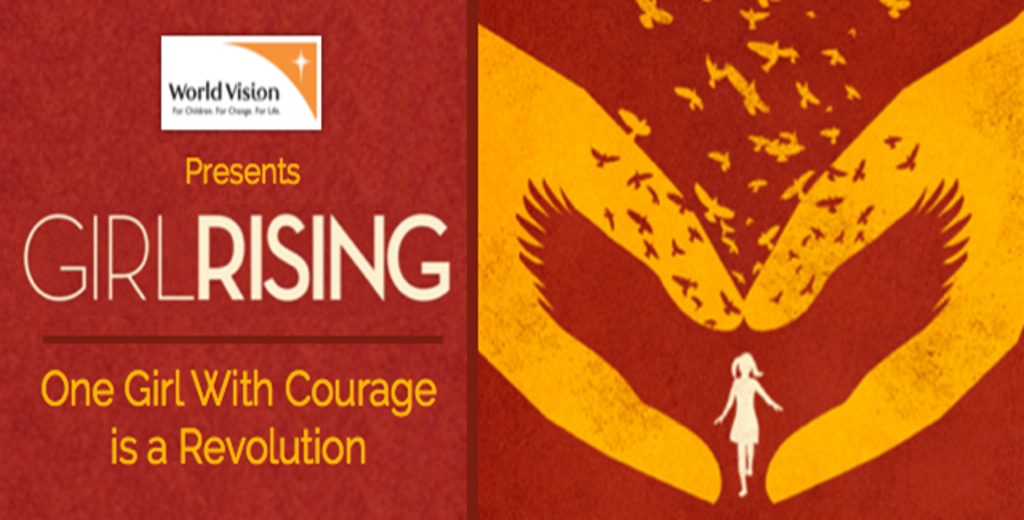 Girl Rising at the Belltable Arts Centre May 28

Ruskana from India features in the film and is supported by World Vision.

Girl Rising is a ground-breaking critically acclaimed feature film taking place at the Belltable Arts Centre on Thursday May 28 at 7pm. The film spotlights the life stories of nine extraordinary girls born into unforgiving circumstances and overcoming insurmountable odds to achieve their dreams, who bravely stand up to be counted and refuse to accept the fate others chose for them.

It is not a documentary, nor fiction – it is powerful storytelling. The parts are not played by actresses; the girls appear as themselves while their stories are narrated by award winning actors, including Liam Neeson, Cate Blanchett, Priyanka Chopra, Selena Gomez, Anne Hathaway, Salma Hayek, Alicia Keys, Chloë Grace Moretz, Freida Pinto, Meryl Streep, and Kerry Washington.

By blending documentary with narration and dramatic interpretation, Academy Award nominee, director Richard E. Robbins, creates a mesmerising film. The stories are heartbreaking, but inspirational and are beautifully told. The girls’ strength of spirit and determination will move you. Their stories will stay with you for a long time.

Azmera from Ethiopia features in the film and is sponsored by World Vision.

The girls featured have an awe-inspiring inner strength. The obstacles they face are numerous; poverty, early marriage, bonded labour, abuse. But they believe that they deserve better, despite the fact that everything and everyone around them tell them the opposite.

International aid agency World Vision supports two of the girls from the film, Azmera and Ruskana. The overseas aid organisation strives to stop the tradition of early marriage and help girls like Azmera and Ruskana pursue their education and decide their own futures.

Singer, songwriter, record producer, and actress, Alicia Keys, explains “It’s a powerful film that has the potential to inspire change in the world. If you’re not moved, you’re not breathing.”

“It’s a simple fact. There is nobody more vulnerable than a girl,’’ said Liam Neeson, narrator of Girl Rising.

“Watching Girl Rising, I haven’t felt such a deep sadness and compassion since I was in the Asraq refugee camp in Jordan. These nine girls show such courage, which inspires anyone who watches to not only appreciate where we come from, but also to realise the importance of education. We can easily get caught up in our way of life, our hands are never too far away from our iPhones and lose touch with the fact there are still people that don’t have the privilege of freedom or education. I hope everyone gets to watch this movie and it has a similar impact, we have the tools and choice to help, let’s move!” explains Roz Purcell, World Vision ambassador.

Girl Rising is at the Belltable Arts Centre on Thursday May 28 at 7pm and you can register for tickets online here.

UNESO (United Nations Educational, Scientific and Cultural Organization) states that 66 million girls are out of school globally. A child born to a literate mother is 50% more likely to survive past the age of five. In a single year, an estimated 150 million girls under 18 are victims of sexual violence.

You can empower a girl; by visiting the World Vision website here, you can sponsor a girl today.

Show your support for the event by using #WorldVisionEmpowerAGirl in your social media.