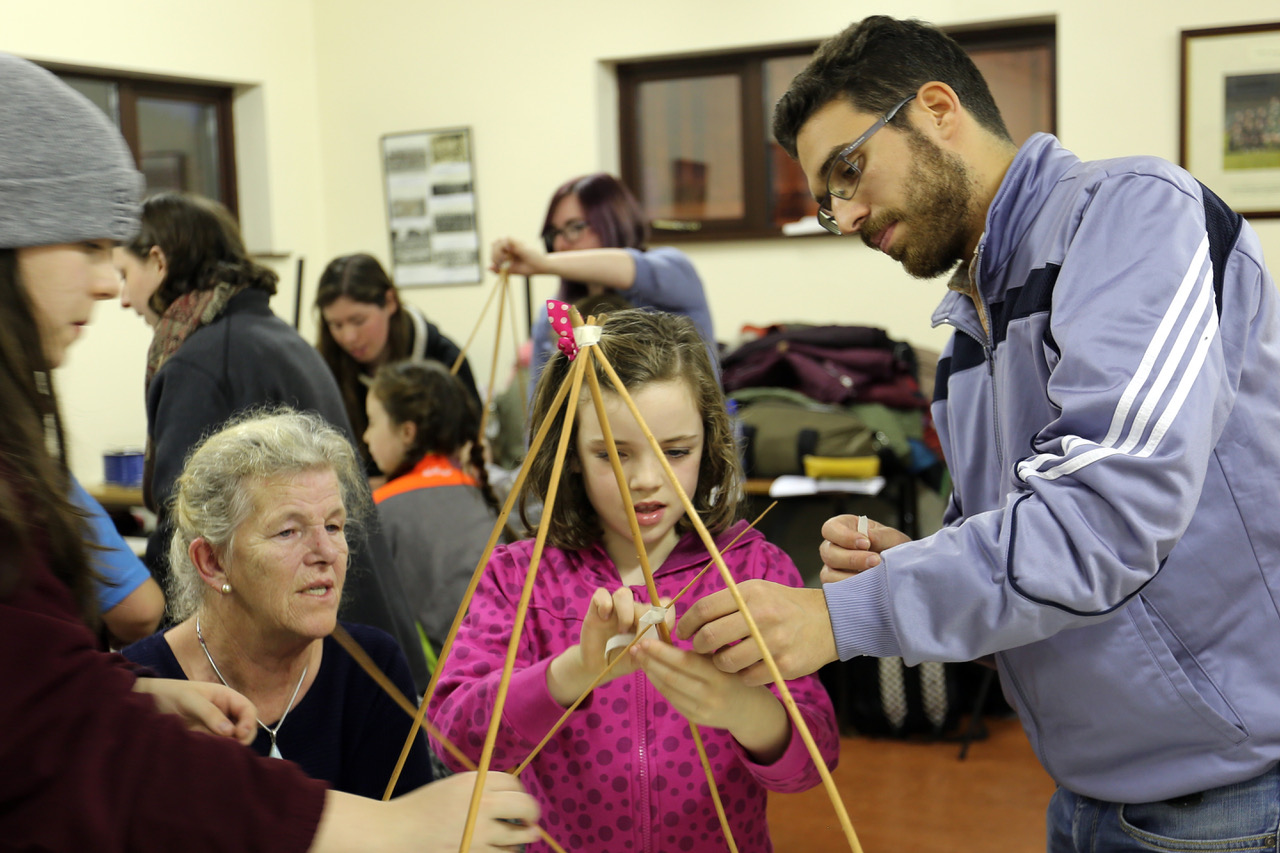 The history and heritage of the Hospital area of County Limerick has been brought to life in Glean Áine Alight, a spectacular pageant including aerial dance, fire-drawing, lantern making and mass movement at the weekend.

The community of Hospital in Co Limerick were enthralled by a wonderful performance co-created by Walk the Plank from the UK and Fidget Feet, which are based in Limerick.

It was based on the history and heritage of Hospital.  The town acquired its name from the crusading Knights Hospitaller, who built the archaeologically significant cathedral there in 1215.

The arts festival committee in Hospital brought together children and adults to share this experience through lantern making and percussion workshops and performance.  The local Hospital / Herbertstown GAA club was the base for all the activity during the week as well as the public performance.

The whole event is a legacy project from the Limerick 2020 bid and was put in place as part of the capacity building programme for Limerick to develop high quality, bold, ambitious and exciting projects and events which explore, investigate and celebrate the multiplicity and diversity of Belonging. It is a European funded project through Creative Europe.

Sheila Deegan, Culture and Arts Officer with Limerick City and County Council said: “This project was about empowering the community of Hospital to create and participate in an event based on the history and heritage of their town and was inclusive, expansive, and connected the community with each other in new ways based on co-production and co-creation.”

William Fox, Chairman of Hospital/ Herbertstown GAA added: “This was an amazing opportunity for Hospital to have an event of scale like this and we’ve never seen anything like it in my lifetime in Hospital.  The GAA were delighted to have been such an integral part and to work in partnership with the Hospital Arts Festival Committee. We are buzzing about what we can do in the future on what we saw and learned this week”

Walk the Plank work in a way that is inclusive and inspire communities to have a sense of pride and a sense of place in telling a story through an event. http://walktheplank.co.uk/how-we-work/

Fidget Feet are based in Limerick and are a pint-sized aerial circus company from Ireland. They tell their stories anywhere they can think of; in theatres, from cranes, hidden in forests, or swinging from buildings all over the world. Their performances are for everyone and they love to find new ways of telling their stories to new people. http://www.fidgetfeet.com/about-us/

Creative Europe – The general objectives of Creative Europe are: (a) to safeguard, develop and promote European cultural and linguistic diversity and to promote Europe’s cultural heritage; (b) to strengthen the competitiveness of the European cultural and creative sectors, in particular of the audiovisual sector, with a view to promoting smart, sustainable and inclusive growth.