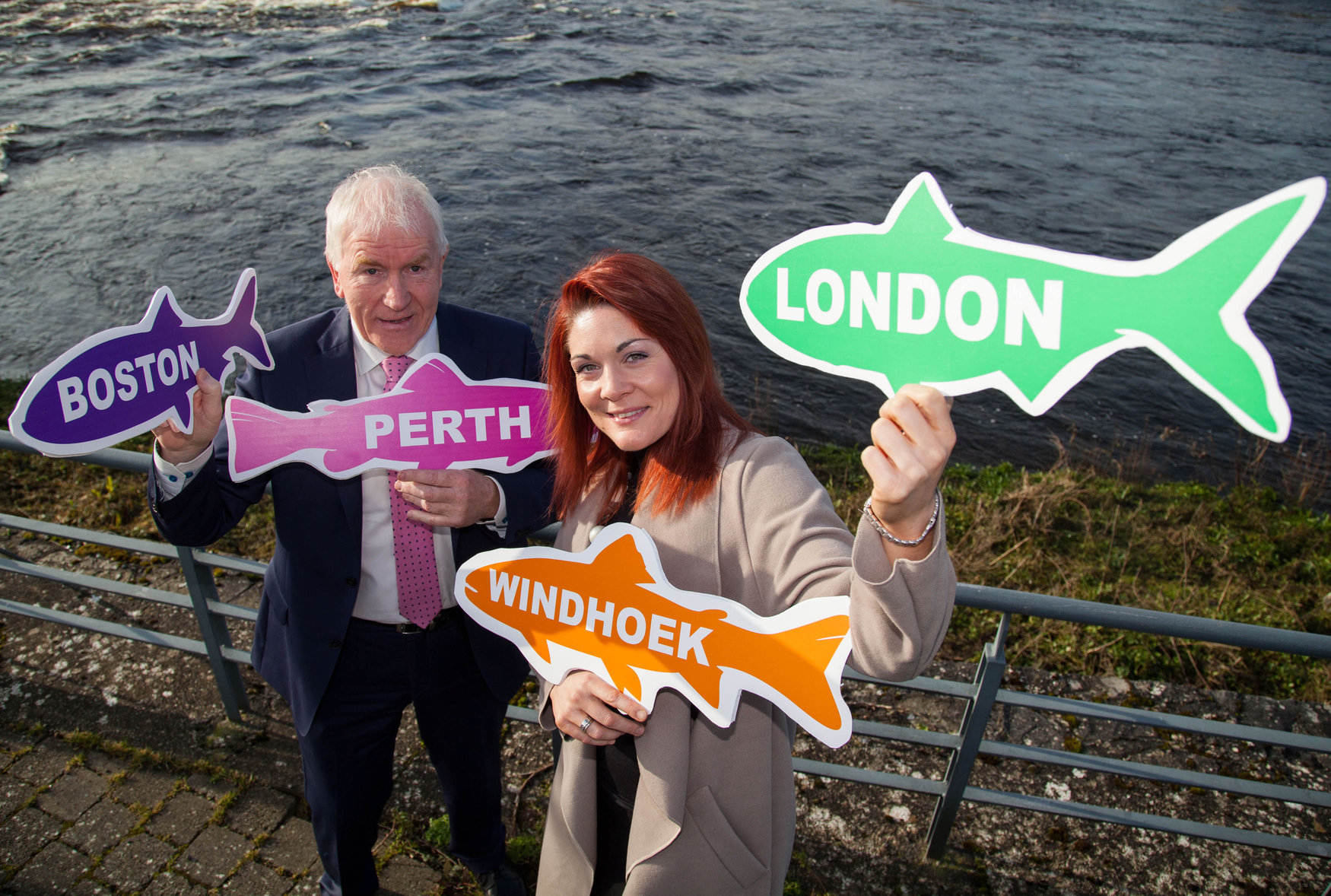 A study carried out by the Global Limerick Network (GLN) has found significant support for the establishment of a platform providing for greater communication between the people of Limerick and the estimated 3.5 million people around the world with a connection to the city, county and region.

Coordinated by Limerick City and County Council and supported by a working group drawn from the local community, the GLN last year announced plans to create a worldwide network through which Limerick people will facilitate the connection of the Irish Diaspora. A key part of the process was an online survey – ‘Connecting with Limerick’.

The survey yielded 364 responses, the majority (45%) of which came from people who have been living outside Limerick for more than 6 years. A total of 51% of survey participants are native to Limerick and of all respondents, more than half (53%) said they had left their home county to seek better employment opportunities. 25% travelled abroad in search of travel and adventure, while 20% left Limerick to seek a better standard of living.

Notably however, 82% of survey respondents indicated their desire to receive future communication from Limerick, including local news, information on local activities, and items of historical and cultural interest.

The study was launched on Monday 02, February at the City Hall, Limerick by Mr Jimmy Deenihan, TD, Minister for Diaspora Affairs.

Congratulating Limerick City and County Council on being the first local authority to carry out a survey of this scope and scale of the views and attitudes of its diaspora, Minister Deenihan said: “This study represents another important step in Ireland’s growing engagement with our people overseas and underlines the value of local communities around Ireland taking responsibility for reaching out to people from their area living elsewhere”.

Minister Deenihan said that, building on the Gathering, the role of local authorities in the development of the next stage of Ireland’s engagement with its diaspora would be a key feature of the Statement on Diaspora Policy which is currently being finalised.

“This study by Limerick City and County Council will be an invaluable aid to other Councils seeking to get involved in stronger ties with people from their communities living abroad”, the Minister added.

The launch was also attended by Mr Michael Noonan, TD, Minister for Finance, and by Ms Jan O’Sullivan, TD Minister for Education and Skills.

Respondents to the Diaspora survey also indicated a desire to establish a platform for creating connections, networks and links with fellow Limerick people to articulate the emigrant experience and supports required while living away and in returning to Limerick. Meanwhile, many of those surveyed stressed the need to have greater intensity surrounding the positive promotion of Limerick, both in Ireland and to the overseas market.

“It is evident from the findings of this survey that a dominant proportion of the Limerick Diaspora and affinity Diaspora have a desire to connect with Limerick which is an encouraging and exciting platform for the Global Limerick Network to embark on its plans,” commented Cllr. Kevin Sheahan, Mayor of Limerick City and County.

“Building on the success of Limerick City of Culture and the Gathering initiative, the  GLN has targeted the provision of a platform for people from Limerick to meet, re-establish and build new friendships, to learn about their communities, exchange information, network, share ideas, and for any other purpose the members of the network think useful. This survey will help the GLN to proceed with confidence in archiving its mission,” said Mayor Sheahan.

Pat Daly, GLN Chairperson and Director of Economic Development & Planning with Limerick City and County Council said that most people surveyed reported that, wherever they may now be around the world, Limerick remains a key part of their identity and something important in their lives.

“They have also demonstrated their desire for closer engagement by way of information and communication about and from Limerick, while they also want to hear and read positive stories about Limerick,” stated Mr. Daly.

“It is hoped that the establishment of the GLN and the publication of this study and survey can help to deepen consciousness around emigration and our relationship with the huge Irish Diaspora around the world which has resulted from it. The GLN is an attempt by one place, Limerick, to show we are not powerless in how we engage with the issue, despite its many complexities, and that it is important to make a start,” he added.

Vice chairman of the GLN working group is Limerick native Tim O’Connor, the former chairman of the hugely successful ‘Gathering’ tourism initiative which aimed to mobilise the Irish diaspora to return to Ireland during 2013 to be part of specially organised local gatherings and events.

“This survey provides much food for thought and we will now be considering its findings very carefully in the months ahead with a view to taking the next steps towards a deeper engagement with our Diaspora,” Mr O’Connor explained. “The message is clear that this is all about relationships and we will be working forward on that basis,” he added.

Author of the report, Sarah Gibbons, is a recently returned emigrant with professional and family connections to Limerick, who spent a number of years working as a former senior policy advisor for the Australian Government.

Dr Geraldine Brosnan of Mary Immaculate College and John King, CEO of the Irish Ancestry Research Centre (IARC) made up the remainder of the core research team.

Visit this site here for more information on the Global Limerick Network.

You can check out Limerick Council’s Facebook here and their Titter here.
Read more on Limerick council here.