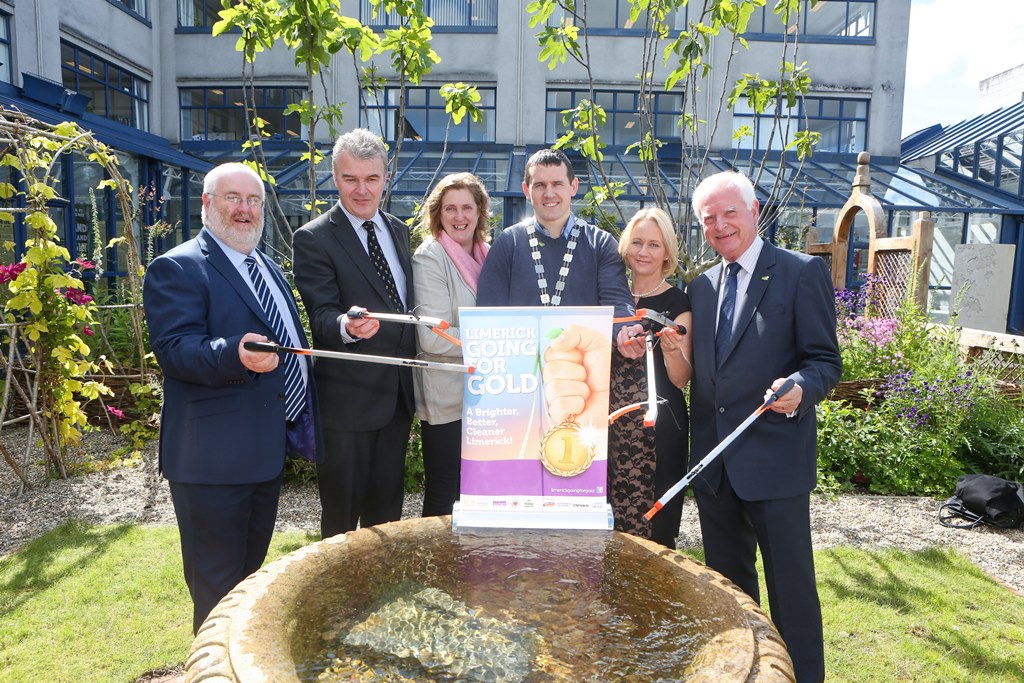 Limerick City and County Council has announced that 36 Communities from across Limerick have been shortlisted for the Limerick Going for Gold 2015 Community Challenge Category.

Tune into Limerick’s Live 95FM’s Limerick Today Show on Wednesday (July 22nd) when the process of identifying six finalists in the competition will begin and the first six communities will be interviewed live on air. These communities also will be profiled in The Limerick Leader and Chronicle on the same week.

Once the radio interviews conclude each Wednesday at midday, members of the public will have 12 hours (midday to midnight) to vote for their preferred group by texting GOLD followed by the ‘text name’  for the community group name to 53095 (texts cost 20 cent).

The six weekly winners will be named each Thursday and each will proceed as a finalist to the Going for Gold Grand Final. Voters are reminded that votes registered outside of the 12-hour voting period or containing misspelled names will not be counted but a charge will still apply.

The number of finalists will increase as Limerick Going for Gold judges will announce additional wildcard communities live on air in September.

36 shortlisted communities (and the text name for the community group) are listed below:

Featuring a prize fund of €74,000, which is fully funded by the McManus Charitable Foundation, this year’s competition features four separate categories, namely Going for Gold Community Challenge (top prize of €10,000), Limerick In Bloom and a Tidy Towns Incentive category. Separately, there is a Best Front Garden Competition (still open for applications), sponsored by The Parkway Shopping Centre.

This category is open to all groups including those that have entered Tidy Towns and will have population subcategories. The following will be considered in relation to the judging of this category: 1) Project for which ‘Limerick G4G EIG incorporating LIB 2015’ grant aid was provided; 2) Application form received; 3) General absence of litter from the areas including approach roads; 4) Features of approach roads to area, village or town; 5) Trees; and 6) Details of additional works undertake since previous year if applicable.

This category, which is open to all groups, relates to appropriate planting and floral displays, use of colour, perennial planting and planting schemes that attract biodiversity.  Hanging baskets, window boxes are relevant in this section.  There will be a monetary prize for winners in each of the four Municipal District areas with an overall winner receiving a monetary prize and the Limerick in Bloom Trophy.

This category requires completion of an additional application form.  The Parkway Shopping Centre, Childers Road, Limerick, produce the application form along with sponsoring and judging this category of the competition please email [email protected]. Please note the garden must be visible from the public road

Limerick Going for Gold is being run by Limerick City & County Council in association with the JP McManus Charitable Foundation and is supported by Live 95 fm and the Limerick Leader Limerick Chronicle, Limerick Post, I Love Limerick and Southern Media Marketing.