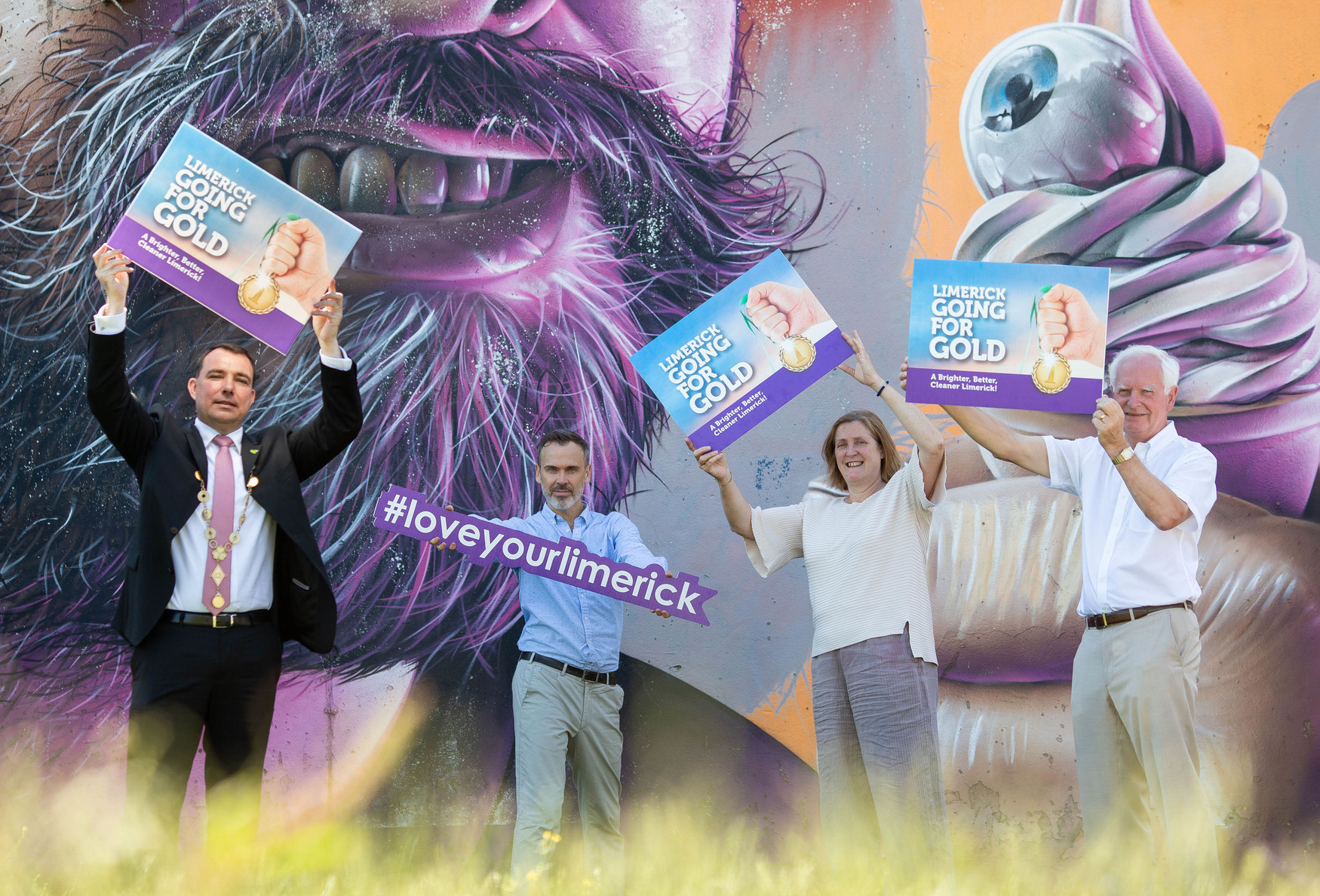 Limerick Going for Gold 2018 has created a new category for previous overall winners as applications for this year’s competition remains as popular if not more popular than ever.

These groups are also in with a chance to win an award in the Limerick Going for Gold Grand Final which will take place in October.

Gerry Boland from the JP Mc Manus Charitable Foundation added: “I am delighted with the added extra that the Champions Category will give to this year’s Limerick Going for Gold.  While it acknowledges the contribution the champions have given to their communities, it also allows other communities to have a shot at glory.  I would also like to take the opportunity to confirm on behalf of the Charitable Foundation that the prize fund for Limerick Going for Gold 2018 is once again in the region of €75,000, with a top prize of €10,000 in the Challenge Category and €5,000 in the Limerick in Bloom Category.”

How the Limerick Going for Gold Champions Category will work:

The other categories in this year’s Limerick Going for Gold competition include:

Judging of all Limerick Going for Gold entrants is ongoing and will take place up to mid-September.

Limerick gardeners take note, the closing date for the Best Front Garden Competition, sponsored by the Parkway Shopping Centre has been extended to 1pm – Tuesday 7th August .  Application forms can be downloaded from https://www.limerick.ie/council/services/environment/clean-community/limerick-going-gold

Overall #loveyourlimerick 2018.  Runner up prizes may also be a feature of this category.

Application forms for Going For Gold 2018 can be downloaded from here.

For more stories about Limerick Going For Gold, go here.