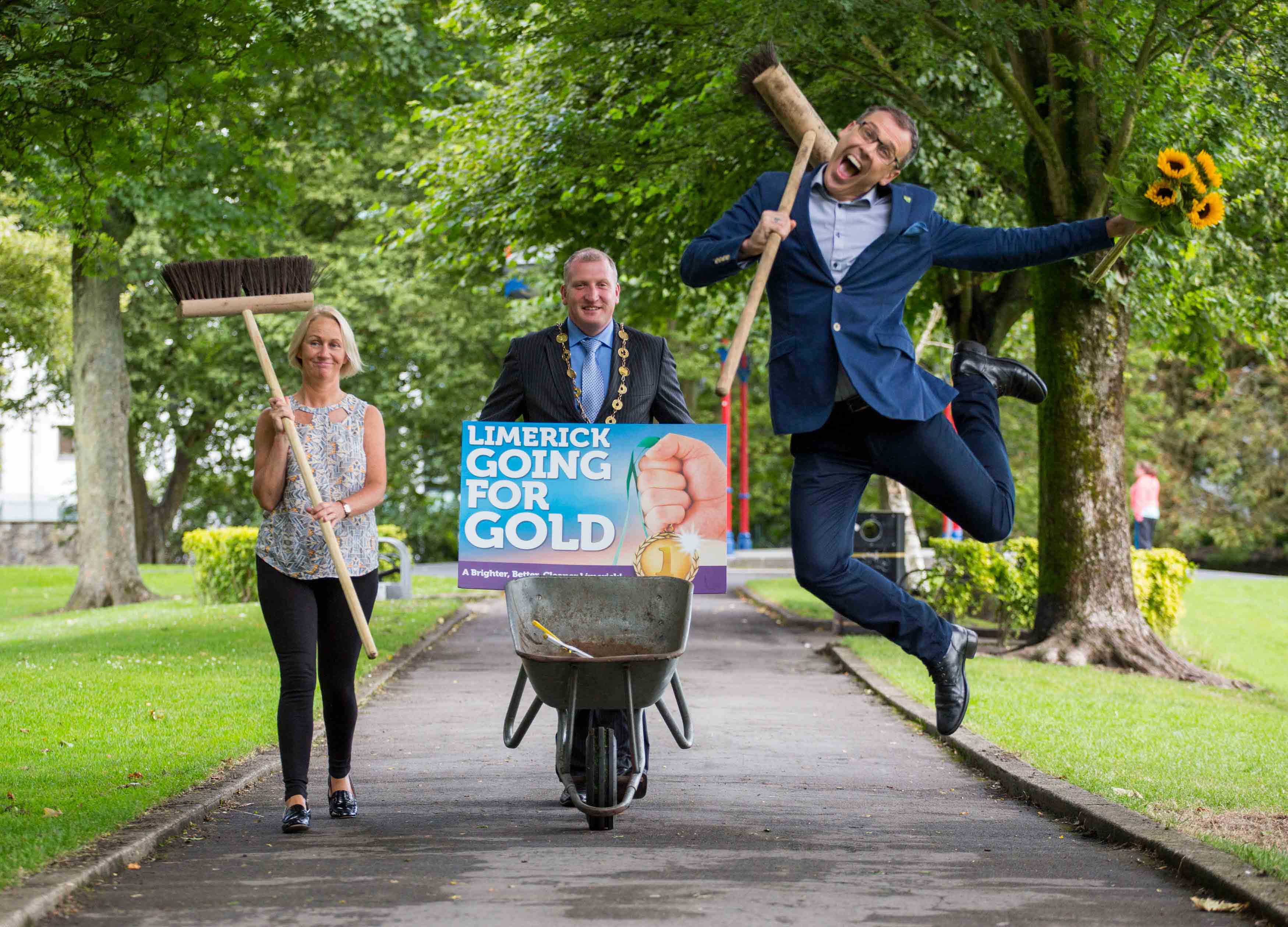 Going For Gold Community Category finalists have been selected

Going For Gold Community Category finalists have been named in the Challenge Category of Limerick Going for Gold 2015 following a public vote.

The communities of Anglesboro, Broadford, Castleconnell, Kilfinane, Kilteely and Rathkeale have been voted through to the final by public text vote on Live 95fm’s Limerick Today Show.

Run by Limerick City and County Council in association with the JP McManus Charitable Foundation, Limerick Going for Gold encourages businesses, community groups and individuals to improve their areas, reduce the impact of litter across the City and County and generally make Limerick a cleaner brighter place to work live and visit.

Judging of the Limerick Going for Gold Challenge, Limerick in Bloom and Best front Garden Categories is ongoing. The Tidy Towns Incentive category will be based on the National Tidy Towns results.

Mayor of the City and County of Limerick, Councillor Liam Galvin joined media sponsors and Mr. Lynch at People’s Park this week for the announcement.

This category, which is open to all groups, relates to appropriate planting and floral displays, use of colour, perennial planting and planting schemes that attract biodiversity.

The Parkway Shopping Centre, Childers Road, sponsors this category. The garden must be visible from the public road.

This category is open to groups that have entered the National Tidy Towns Competition in 2015 and whose results are listed in the 2015 Tidy Towns Results Book.