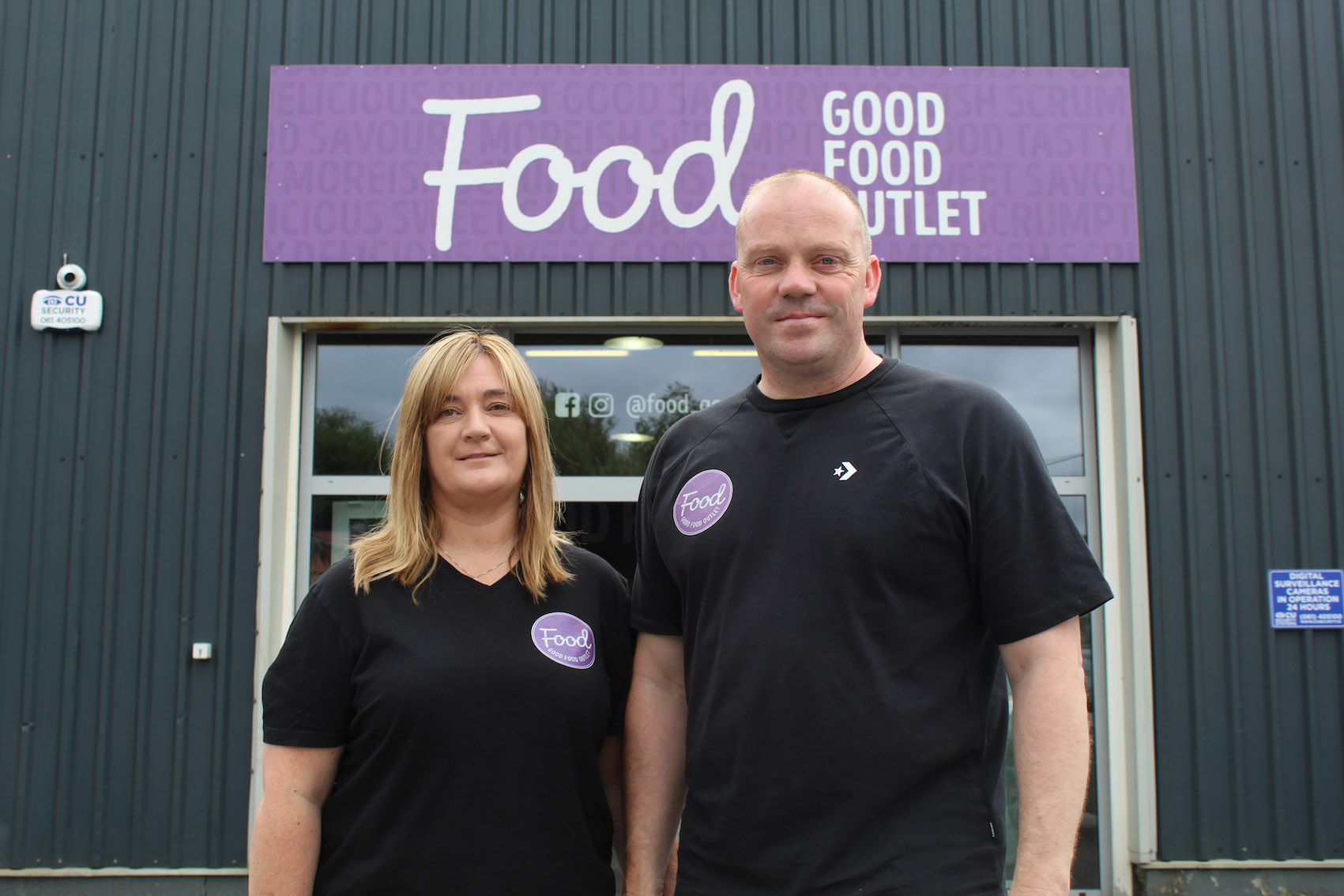 Good Food Outlet is for everyone who simply loves good food

Good Food Outlet is for everyone who simply loves good food. A family-owned business, the Good Food Outlet is a Limerick based food production on the Ballysimon Road founded by Pat and Mary Power. They have the best selection of healthy fresh meals, high-protein foods, supplements and protein products in Limerick. Picture: Zoe Conway/ilovelimerick.

Good Food Outlet is for everyone who simply loves good food

Before setting up the Good Food Outlet, Pat had been working in food companies since his early twenties, however, it wasn’t until he was made redundant from Kerry Foods eight years ago, that he took his first step towards opening the Good Food Outlet. It all started when he bought a new van and decided to start his own wholesale business Capercullen Foods, delivering foods as well as buying and selling to different shops.

Then Pat got the opportunity to acquire a small kitchen, just big enough to allow him to make fresh soups, sandwiches, and salads in the morning and then deliver them to local schools, shops, and delis. It wasn’t long before the fresh, tasty food grew in popularity and Pat hired his first chef on a part-time basis.

Limerick’s demand for convenient fresh foods continued to grow and with it, Pat’s business took off. It wasn’t long before they opened their second kitchen and his first chef became full-time. It was at this point that Mary came on board and helped Pat get the fantastic 5,000 square foot premises they currently have in the Raheen business park.

Mary says the only reason they managed to go from the two small kitchens to the factory is that “Pat was so good at what he was doing with the customers and all the people he was meeting, but he wanted to make sure it was growing all the time. Every year it was like we were starting from scratch.”

The main inspiration for them to start up their own retail unit came from their trips to Dublin and their interest in fitness, “We were fascinated by the stores in Dublin and other counties. We made trips to all around the country and we couldn’t understand why there wasn’t a place like this in Limerick and decided why not us.”

Whether you’re on a diet, training at the gym or eating healthy, they’ve made sure that whatever people were into, that they could get all of that in their outlet,  “Other stores were trying but they would not commit to it the full way, but we decided, why not have a dedicated shop to this, and give people so much choice.”

Another big priority for them was to make sure that as many products as possible in their shop was local Irish produce. They love when other Limerick companies come to them and say ‘we have this product’. When they started looking at all the products they sell in the store, they realised the number of Irish products available is actually quite large. Their products range in destinations from Cork, Dublin, Limerick, and they’re all produced in Ireland which is fantastic and is something they want to continue doing, as they continuously add to their range. Mary says, ” We love Limerick and love supporting other Limerick businesses producing incredible products such as Tullybracky Foods and Well Nice Pops. You can’t beat them!”

The most important aspect for Pat and Mary, however, has always been their reasonable pricing. Pat explains, “From the word go we were looking at the price point of most ready-made meals around the country and a lot of them were extremely expensive, and we said the fact that we were producing them ourselves and selling them direct to the customer, we’re going to sell them at a reasonable price. We don’t want to be adding an extra euro or two to offer discounts and bulk buying deals, we want anyone who comes in to buy a ready meal from us to buy them at a reasonable rate.”

Mary adds, “The goal and our dream has always been to make healthy food accessible to the people of Limerick and provide food for a number of healthy-living goals. We have the best selection of healthy fresh meals, high-protein foods, supplements and protein products in Limerick and we are so proud to be living the dream.”

Related Topics:good foodhealth
Up Next