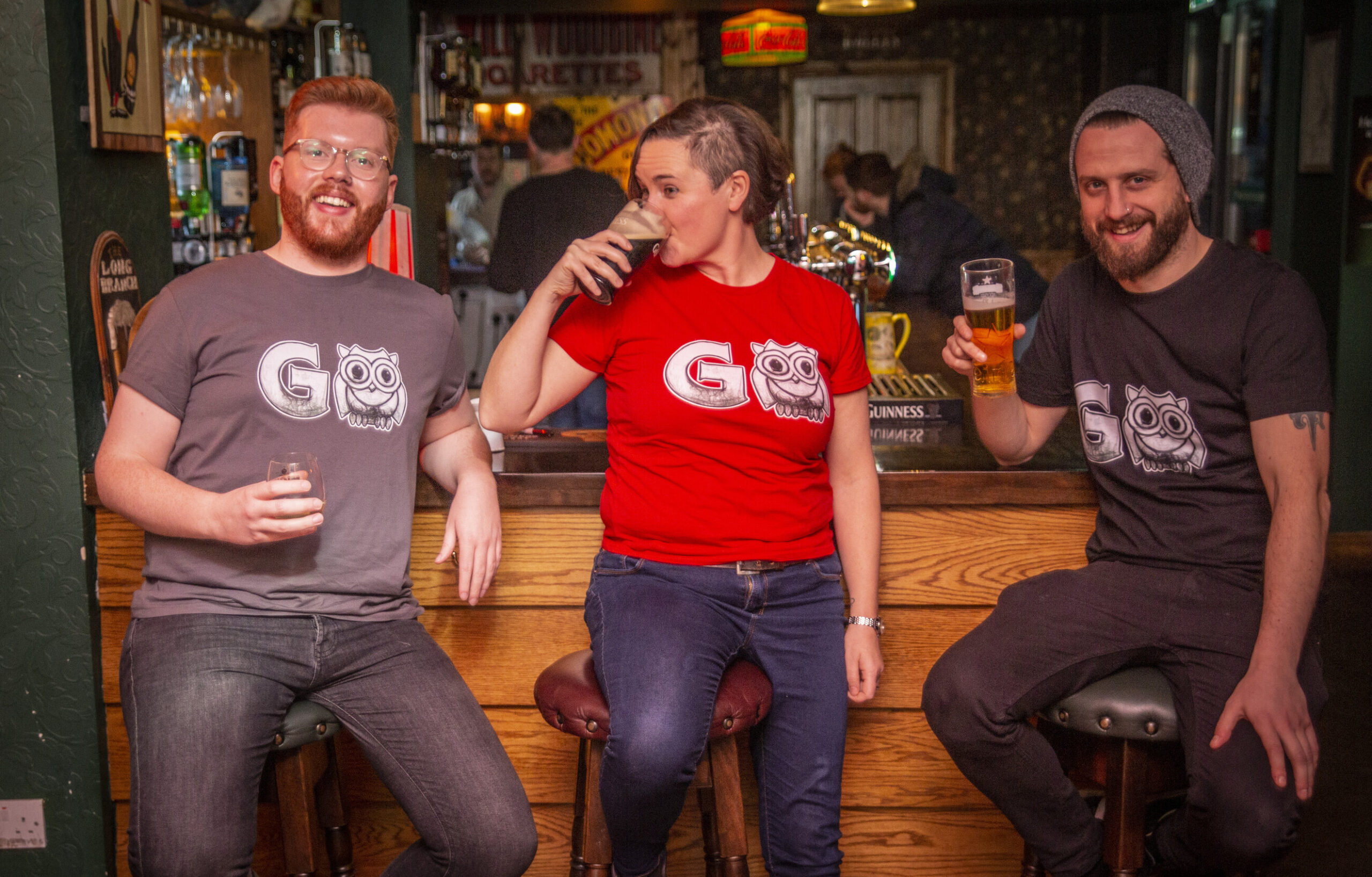 Surprise a Gowl this Christmas with their very own Gowl Merch

Surprise a Gowl this Christmas with their very own Gowl Merch

On a quiet Sunday in October 2019, Ann Blake was sitting in her car. Sitting idly a thought occurred to her, which she composed as a tweet. It explained how she realised that with the letter ‘G’ combined with the owl emoji created Limerick’s most beloved Limerick word – GOWL.

GOWL – “A person you do not want to be. An eejit or a fool. It is the go-to Limerick term if you want to really slag someone off eg He’s some gowl.”

‘Gowl’ of course is a very well-known word within the streets of Limerick. It is connected to one of the community’s most loved fast-food restaurants, Chicken Hut, where the famous phrase ‘Forks in the bag you gowl!’ originates from. It is a word you will only hear being used in the county of Limerick or by the many Limerick natives scattered throughout the Isle of Ireland.

Later after her tweet, Ann checked her phone and saw that likes and comments flooding in. She received messages from friends who told her that they had been receiving screenshots of the tweet across social media platforms such as Instagram, Facebook, and Whatsapp groups. Ann quickly realised that something special was happening and there was an opportunity to share this fun idea with the people of Limerick.

Ann got in touch with Ken Coleman, acclaimed Limerick artist who had created imagery for Ann’s theatre show ‘The Morning After the Life Before’. He is also known for his definitive images of Anthony ‘Axel’ Foley and Limerick Hurling and GAA players.

In response to Ann’s discovery, Ken created an iconic artistic design far more special than a letter and emoji, for what was to become known as The Gowl Merch. With the help of Martin Kenny, an online shop was created, including t-shirts and hoodies, and in November 2019 the merch was launched.

Gowl by name but not by nature, all t-shirts and hoodies are 100% ringspun cotton and now printed locally. You can offset your Gowl footprint by proudly brandishing some of The Gowl Merch.

Catching the imagination of Limerick people and beyond, The Gowl Merch was wonderfully received. Ann explains, “Ken’s design is great. When I wear a t-shirt out and people realise what the image is, I am often stopped and asked where I got it.”

In mid-2020, the Covid-19 pandemic presented problems in the supply chain and the company temporarily halted operations. Due to other commitments, Martin had to step away but Limerick man Roddy Ross joined the team in his place and has helped just as much. Almost a year to the day since it first launched The Gowl Merch has returned and now with masks in two. Including designs and phrases such as ‘2 Metres you Gowl’ and ‘You’re some Gowl’, The Gowl Merch connects with cynical, loving humour that is very particular to Limerick.

So why not surprise a Gowl this Christmas with their very own Gowl Merch!!

For more about The Gowl Merch, go HERE

Related Topics:Gowl Merch
Up Next