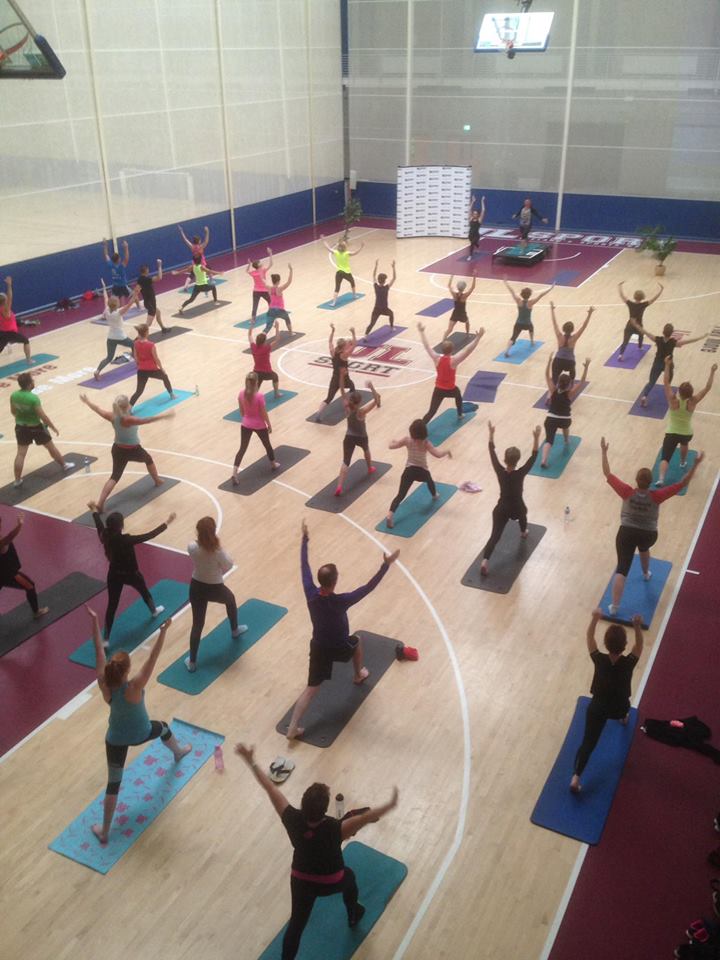 The University of Limerick Sports Arena hosted a fundraising event for the Irish Motor Neurone Disease Association on Tuesday, June 27 in memory of 26-year-old Grace McDermott who tragically died in a house fire in May.  Grace, who was originally from Long Island in New York, was a PhD candidate and lecturer at Dublin City University. Grace was also co-founder and editor-in-chief of the popular blog and website, Women Are Boring, which recently announced that it hopes to establish a scholarship scheme in Grace’s name within the next year.

The Rise and Shine for Grace event, organised by Carmell DeMello, UL Sports Arena director, saw over 50 yoga enthusiasts fill the basketball court in the arena at 7.10 am.

Carmell DeMello said she was “delighted” with the Rise and Shine for Grace fundraiser which raised over €500. She went on to explain the event stating, “We wanted to fill the basketball court with people making a gesture of rising and shining early for Grace. There were lots of people who had never done yoga before, and there were some seasoned yogis there, too.

“This event was to show her family in America a very simple message that we do care, and we do appreciate that she was an amazing girl. She was bubbly, passionate, excited, intelligent, and any good word you could say about a person. She had it all. She was just a very, very inspirational person. She could make anyone feel the best about themselves.”

When Grace McDermott first came to UL, she immediately approached Carmell about running a yoga class.

Carmell added, “I would say that this was a droplet in all the events that are going to happen, worldwide, in her memory.”

For more information on the UL Sports Arena click here