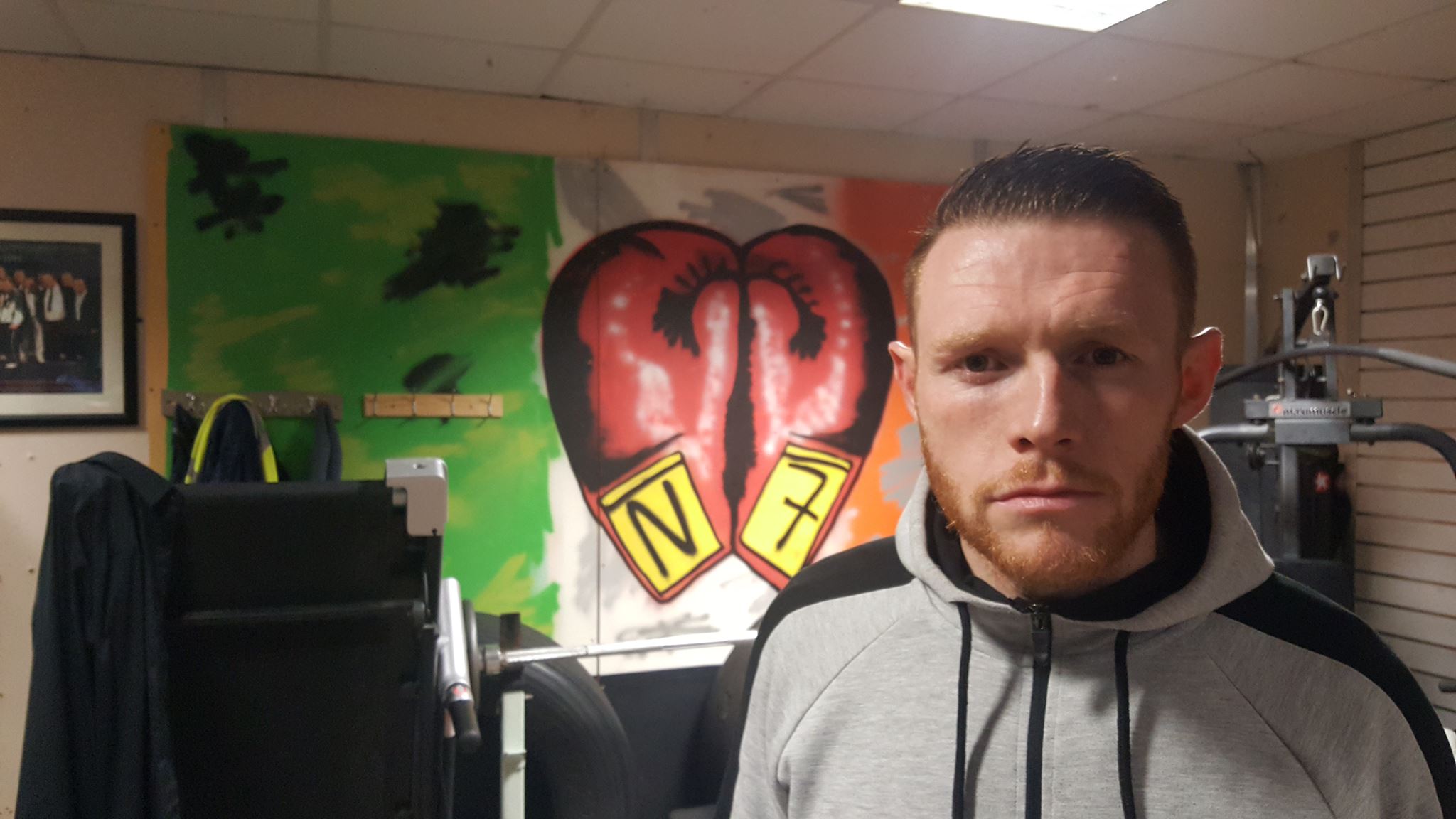 Graham McCormack O’Shea Pro Debut confirmed for Celtic Clash 4 – The southpaw slugger will debut next month, fighting at the National Stadium in Dublin on the massive Celtic Clash 4 card – the largest in Irish boxing history.

Irish professional boxing is going through the beginnings of a golden era at the moment and that golden era continues with the debut of Graham McCormack O’Shea set for December 2nd.

Dozens of fighters have turned pro in 2017 however, up until recently, Limerick had but just one professional boxer, former WBO middleweight champ Andy Lee.

Now though we finally have a new entry the pro scene from the Treaty City as light middleweight Graham McCormack O’Shea has made the big switch to the paid ranks, signing last month with Boxing Ireland Promotions

The southpaw slugger will debut next month, fighting at the National Stadium in Dublin on the massive Celtic Clash 4 card – the largest in Irish boxing history.

Headlining the bill on Saturday, December 2nd will be former top amateur and RTÉ pundit Eric Donovan who defends his BUI Celtic featherweight title against Juancho Gonzalez, while there is a local grudge match between Dubliners Crank Whitehouse and Jay Byrne for the BUI Celtic welterweight belt.

An amateur with Corpus Christi, McCormack O’Shea believes he is ready now for the pros aged 30. He recalled how “My amateur career was a stop-start kind of one, an up and down kind of career. I started when I was 15, took a break at 19, went to Australia, then went back at 22, took a break again until 25, went back for a year, then took a break until last year when I got my head screwed on right and focused properly.”

“I made the decision to turn professional now because this is what’s right for me. I believe in myself and that this is the path I’ve been put on. Even when I was taking breaks I was still around boxing and sparring and stuff.”

“It’s always been a part of my life, I love the sport. I was in and out of boxing for a long time but I wasn’t focused until last year. That’s another reason I’ve turned pro, I am one hundred percent focused on this.”

Graham McCormack O’Shea is putting everything into boxing and recently spent some time training in Manchester with Kieran Farrell. Dublin, however, will be his base in the pros and he has linked up with former Irish champion Eddie Hyland in Rathcoole as well as Tommy McCormack – who acted as cutman for Conor McGregor during the Summer in the massive Floyd Mayweather fight in Las Vegas.

Hyland, the eldest of three professional Irish champions, was known in his fighting days for his fan-friendly, aggressive style, and McCormack O’Shea is an eager pupil.

He described how “I’m up in Dublin three times a week with Eddie Hyland and Tommy McCormack. I believe I have a great coach in Eddie who has really helped to adapt to the pro-style.”

“My fighting style, I am a southpaw boxer who has good movement – but also likes to get into a tear up. I have a lot to learn about it, but I have a great teacher to learn from in Eddie and I’m confident I will learn everything I need from him. I’m really glad I’m with Team TNT.”

McCormack O’Shea’s entry into the pros has certainly attracted attention, with huge online interest and feedback. The Munster native noted how “the reaction since I’ve turned professional has been great. I’m overwhelmed by the support that I’ve gotten from everyone in Limerick it’s been great, they’ve all gotten behind me in a big way and I’m grateful for it. I come from the greatest city in the world.”

An ambitious fighter, McCormack O’Shea has high aspirations and outlined how “my plan is to learn every day that I’m in the gym and with every fight I have. I absolutely love boxing and this opportunity that I’ve been given. I’m going to take it one fight at a time I believe in myself and my team and I am looking forward to this journey.”

“I’m really looking forward to the 2nd of December, can’t wait to get in and do what I do best, Anyone looking for tickets, contact me.”

To view the full card for Celtic Clash 4 click here