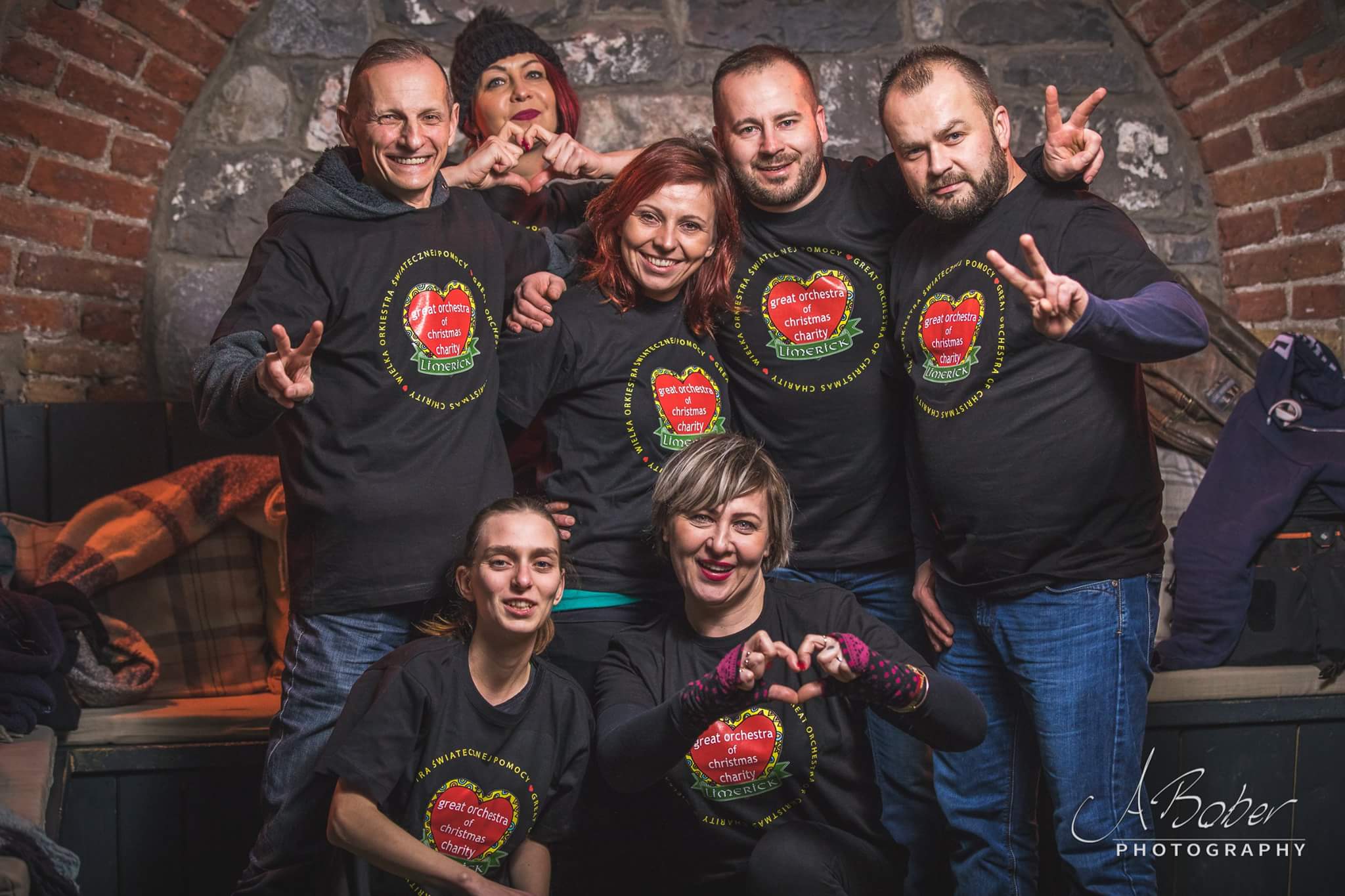 On Sunday, 14 January 2018, Tuscany at the Granary will host the Grand Finale of The Great Orchestra of Christmas Charity.

Founded in 1993, The Great Orchestra of Christmas Charity is one of the biggest non-profit charity organisations in Poland. The event takes place on the first or second Sunday of January of each new year.

Sponsored by many polish and worldwide companies, it is a one-day long nationwide money raising event. Volunteers from all around Poland and anywhere where there is an active Polish community go out onto the streets and collect money in special cans, which are labelled with red hearts. Anybody who gives to the volunteers will receive a red heart sticker in return.

The fundraiser is organised locally by volunteers running Collection Centres, which coordinate public fundraisers and host a variety of events accompanying the Finale such as concerts, stand-up performances or sporting events and competitions.

A network of Collection Centres is active nationwide and GOCC volunteers are active everywhere, where there is a thriving Polish community [Germany, UK, Japan, Ireland, Iceland, Chiny, USA, Canada, New Zeland and many more]

In the previous years, volunteers have established nearly 1700 Collection Centres and coordinated the work of 120 thousand volunteers – young and old take to the streets to raise funds in support of medicine in Poland.

The Grand Finale is a manifold event – a telethon is broadcast simultaneously to the public fundraiser, an online auction is held alongside live concerts in the TV studios. During this one day event, huge parties are thrown throughout the country with concerts featuring a variety of stars performing for the good cause.

The whole day is organized solely by volunteers, who have collected approximately €200 million over the past twenty-five years. The foundation donated the money they collected to cardio-surgery, neonatology, paediatric, kidney diseases, congenital defects, newborns and children under 5 years of age.

Also, you could watch a hip-hop group Limerockers or young dancers from Nicole Sweeney School Dance. They have got a big support from our sponsors: Wisla Polish Shops, PolskiQuote, Bradshaws`, Bio Force Medical and Dental Clinic.

The event is free, friendly for families and children. All income will be used to save the lives of newborns.

Related Topics:charityGreat Orchestra of Christmas ChairtymusicTuscany at the Granary
Up Next