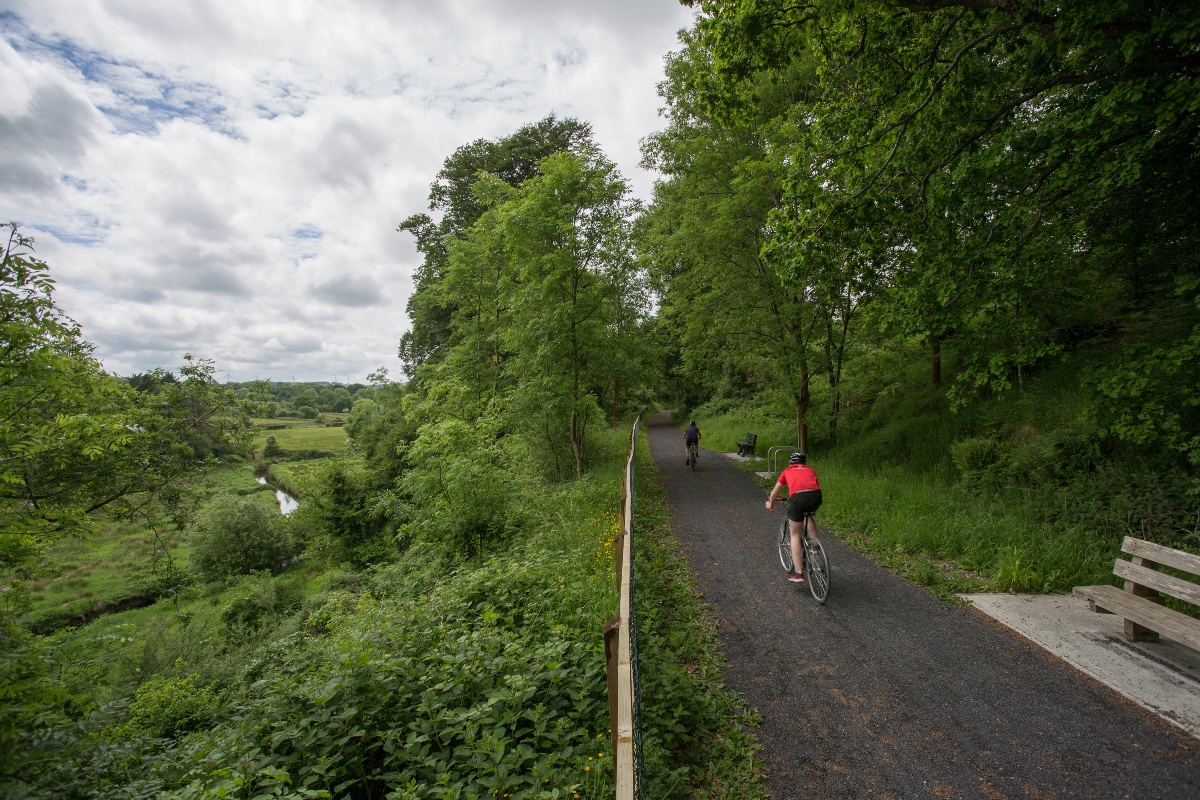 A €5 million investment programme on the Great Southern Greenway is to be begin in June.

Limerick City and County Council has announced that a €5 million investment programme on the Great Southern Greenway is to be begin in June.

The multi million contract has been awarded to Roadbridge for a total upgrade of the surface of the Greenway.

On completion, the entire 40km route from Rathkeale to the Kerry Border near Abbeyfeale will be a 3-metre wide macadam surface.

The route along the old Great Southern rail line connects the three market towns of Rathkeale, Newcastle West and Abbeyfeale and is one of the hidden tourist gems in the west.

This development will bring the route to the highest standards and on par with many of the most popular Greenways in the country including the award winning one in Waterford.

Part of the Abbeyfeale to Templeglantine stretch of the Great Southern Greenway.

The project is being funded by Limerick City and County Council (€3.4m) and the Rural Regeneration & Development Fund (€1.6m). The work will be completed by June 2021.

An extension to the Greenway from the Limerick/ Kerry border near Abbeyfeale to Listowel is expected to be finished by Kerry County Council in the same time period, while a workplan on an extension eastwards from Rathkeale to Limerick is also being developed.

In addition to the €5 million investment, a number of other significant advancements are being made. These include:

Limerick City and County Council has purchased the old Ardagh and Barnagh Station Houses as part of conservation and promotion plans for the railway heritage associated with the Greenway. Work to stabilise and secure the preservation of these two historic structures will be undertaken this year.

With the agreement of CIE and landowners, the Council will in the interests of health and safety construct an 800m diversion of the Greenway around a working farmyard at Coolybrown, Ardagh. No further route diversions are planned along the Greenway. The Council has commenced design work on the small number of cattle underpasses necessary to facilitate other farm crossings along the route.

Extensions to the Greenway

In tandem with this contract, the Council continues to plan for of an extended Limerick Greenway and cycle routes. Funding has been sought for a feasibility/ options report on extending the Greenway from Rathkeale to Adare, while preliminary designs on identifying a Greenway extension from UL to Montpelier are advancing.

Cycle routes off the Greenway to Askeaton, Foynes and Glin will also be developed in the near future.

In addition, a contract has been awarded for the supply of signage for the section of the Eurovelo cycle route from Rathkeale to Adare and into the city to connect with Co. Clare. This will be completed Summer 2020.

An ambitious Marketing & Promotion Strategy for the Greenway will be devised and implemented over the next 12 months.

In order to maximise the benefits arising from an enhanced and extended Greenway, engagement with businesses and communities along the route and surrounding areas will be accelerated. Plans for enhanced town trails in Rathkeale, Newcastle West and Abbeyfeale will also be developed.

Welcoming the Greenway investment, Mayor of the City and County of Limerick Cllr Michael Sheahan said: “The Greenway passes through some of the most beautiful scenery in County Limerick and this investment will allow us to showcase it in the best possible way. We have the potential to have one of the best Greenways in the country in Limerick and this latest investment is helping to achieve that. We also look forward to working with our friends in Kerry once the Greenway extends to Listowel.”

Gordon Daly, Director of Community Development in Limerick City and County Council added: “This latest investment is the largest and most significant since Limerick City and County Council took responsibility for the Greenway in 2015. These multi-million-euro upgrade works will have a transformative effect, making the Greenway a much more accessible and enjoyable experience for both locals and visitors alike. We look forward to its completion in 2021 and we are committed to working with community and business interests to harness its great potential in the years ahead. ”

What I missed about Limerick during Covid-19