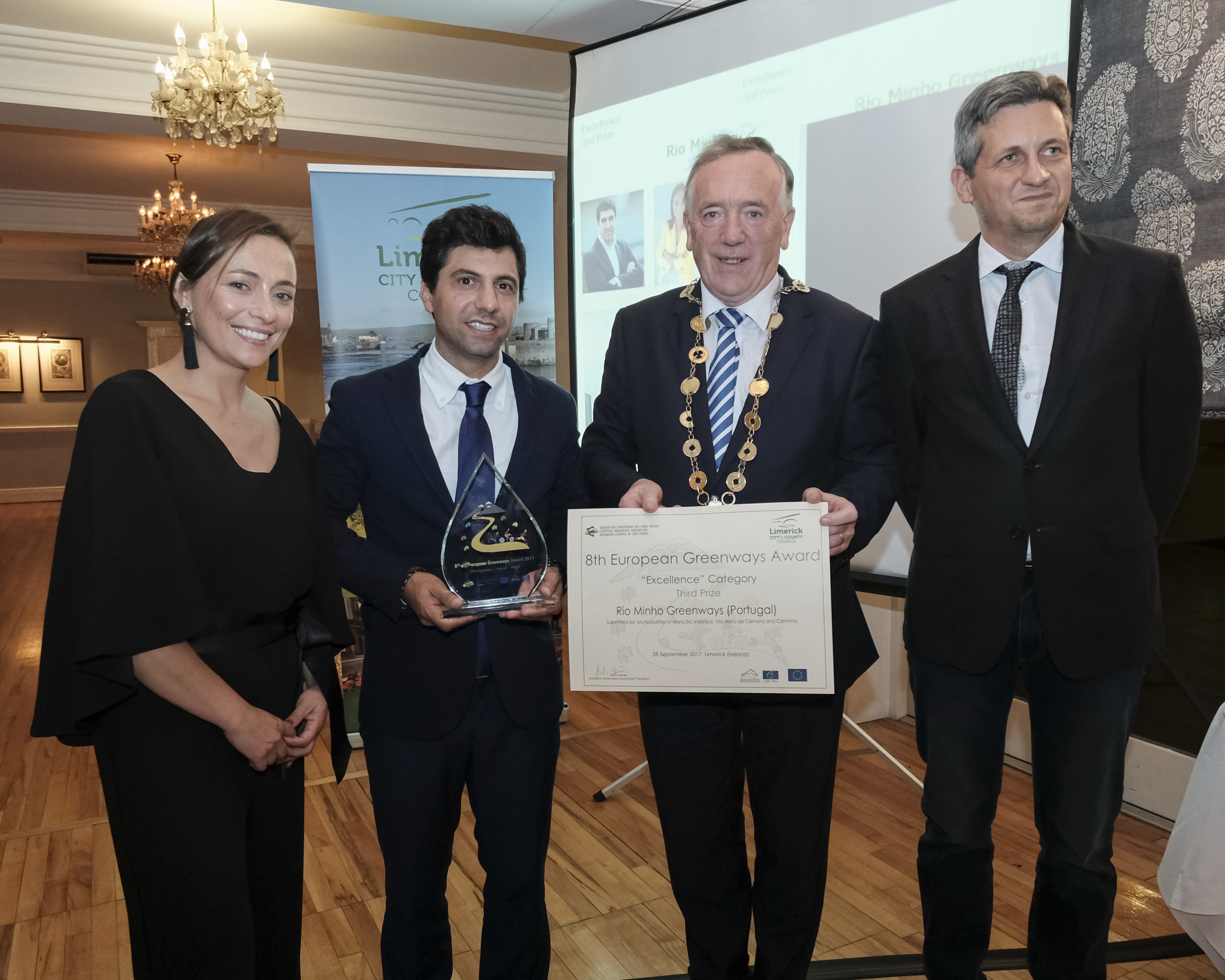 Liam O’Mahony, chairman of the Great Southern Trail Limited has been awarded a Special Jury Prize at the eighth European Greenways Awards held recently in the Dunraven Arms Hotel.

The award was in recognition of the pioneering work done by Liam and the volunteers of the Great Southern Trail for more than 25 years.

Their tireless endeavours have succeeded in making the conversion of the disused section of the Limerick to Tralee railway into a greenway a reality to be enjoyed by all.

Upgrade works are already ongoing with further plans to develop the now re-named Great Southern Greenway Limerick following Limerick City and County Council’s decision to take over the overall management of the greenway.

The European Greenways Association (EGWA) was established in 1998 in Namur in Belgium with the aim of encouraging the creation and promotion of greenways across Europe.

It brings together more than nearly 50 different organisations from 16 European countries involved in the development of greenways.

The European Greenways Awards were founded in 1998 and since then they have contributed to the preservation of infrastructure such as disused railway corridors and historic routes. They have also encouraged the use of non-motorized transport and advised local and national bodies on how to develop traffic-free routes.

The biennial European Greenways Awards began in 2003 and are presented to greenway projects that stand out for their excellence and demonstration of best practice.

The international jury gave awards in two categories: “Excellence” and “Exemplary Initiatives” along with the Special Jury Prize.