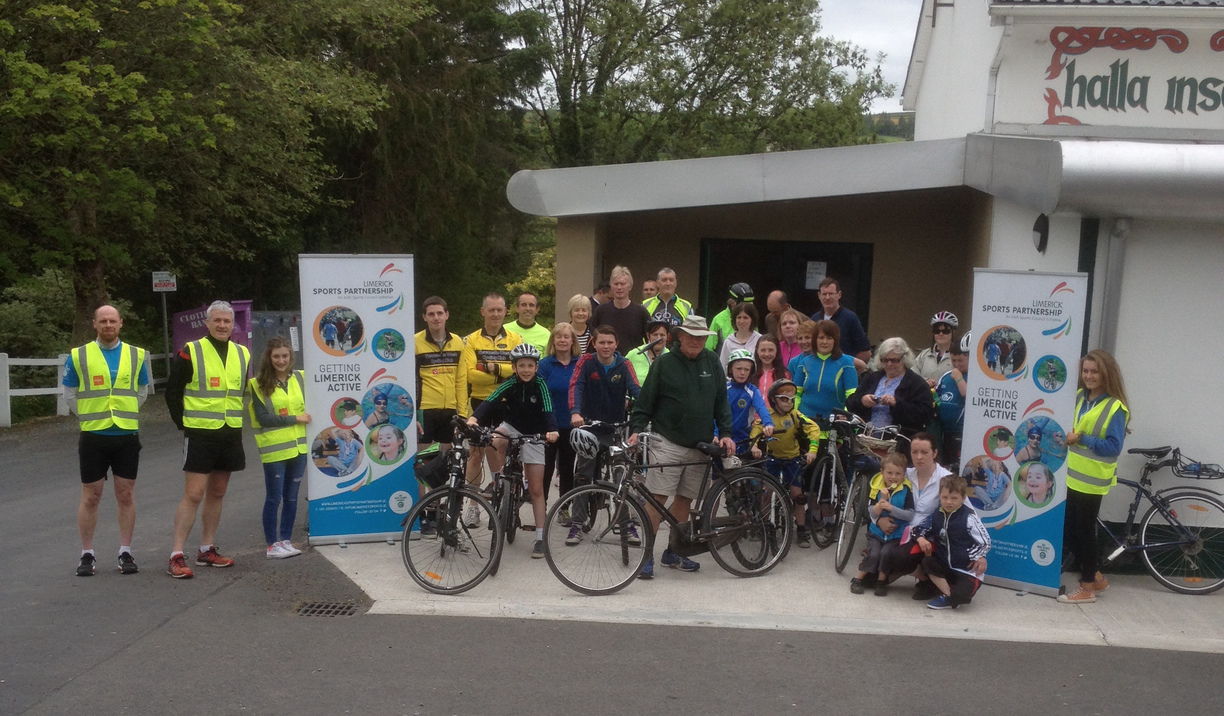 Plans for a €1.3 million Great Southern Trail upgrade in County Limerick have been unveiled. Works are proposed for the 41 kilometre stretch between Rathkeale and the Limerick-Kerry border near Abbeyfeale, connecting Ardagh, Newcastle West and Barnagh along the route. These plans will remove the need for cyclists to regularly dismount at gates, and will improve the surface allowing more people to enjoy this important amenity.

The GST rolls through some of County Limerick’s most beautiful countryside as it meanders along the now disused Limerick to Tralee railway line and has become a magnet for hikers, cyclists and those out for a leisurely stroll.

In 2015, Limerick City and County Council assumed responsibility for the management and maintenance of the Great Southern Trail.

The proposed enhancement works include the replacement of around 20 farm crossing gate pairs, installation of 10 road crossing staggered gate pairs, the repair of a partially collapsed culvert 1km North East of Abbeyfeale.

Around 3,000 metres of post and rail fencing will be constructed at vulnerable locations, along with maintenance works on the surface and drainage works will be carried out.

Seating and cycle stands will be installed at various points along the route, to facilitate casual usage, while a signage system for information boards, directional signage and for information about points of interest along the GST is also being created.

Brian Kennedy from the Economic Development Directorate with Limerick City and County Council said: “This latest development of the Great Southern Trail will significantly enhance the amenity for everyone.  We are working hard to create a greenway that will become a magnet for experienced and casual hikers and cyclists, along with families out for a stroll.”

“We are also looking at extending the trail towards Limerick city.  Our ultimate goal is to have a greenway which stretches from Limerick city all the way to the Kerry border at Abbeyfeale.”

“The Great Southern Trail upgrade has major tourist potential and we are hoping to exploit that for the benefit of businesses and communities across the county.”

Plans and details of the proposed scheme are available for inspection at Customer Services, Council Offices in Merchant’s Quay and Dooradoyle; Limerick City and County Council Area Offices in Rathkeale and Newcastle West and Abbeyfeale Library until Monday, January 09 2017.

Anyone who would like to make a submission can email [email protected].
To read more on the Great Southern Trail, click here.

Have you got what it takes to be LEO Entrepreneur of the Year 2017?