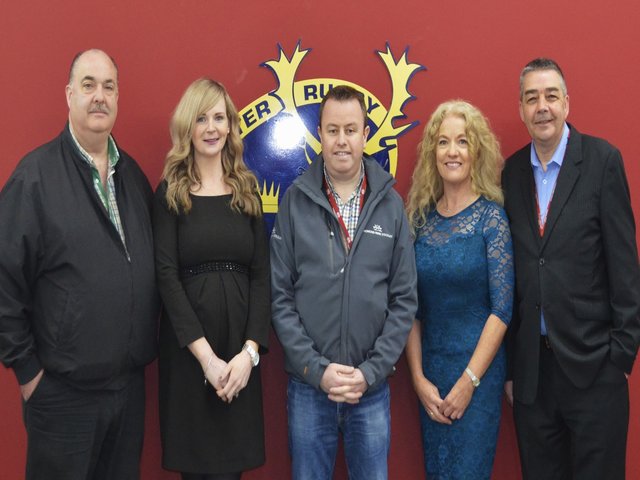 The Wearing of The Green Ballad Festival takes place at The Plaza Marquee, Thomond Park on Saturday, May 14.

The upcoming festival plays tribute to the cream of Irish ballad and rebel bands. The people of Limerick and further afield, will gather to celebrate the Ballads and songs of our past.

A remarkable line up of some of Ireland’s very best ballad singers and musicians will feature at this unique Green Ballad Festival to honour and celebrate the Centenary of 1916.

Derek Warfield former member of the Legendary Wolfe Tones for over 40 years is a revered singer, songwriter and historian who will headline this unique event. These legends of Irish Folk and songs of Irish resistance will perform iconic songs such as “A Nation Once Again”, “On the One Road” and “The Boys of the Old Brigade”. Joining them will be renowned Balladeers from that great Dublin tradition The Dublin City Ramblers acclaimed for their many hits  throughout the decades such as “The Ferryman”, “Dublin in the Rare Old Times” and “Ringsend Rose”. The Premier County will not be found wanting as they contribute to this extraordinary event by sending Tipperary’s own Rebel Hearts. This 5 piece Rebel Band has been taking the country by storm and packing houses everywhere they play. Their incredible energy and enthusiasm is intoxicating.

Other performers on the night include, The Dublin City Ramblers, Rebel Hearts, Limerick’s own Parcel of Rogues and the Lone Piper. Parcel Of Rogues, are Limerick’s representatives on the night, promising to keep alive the great tradition of folk and ballad songs across Limerick City and County.

A spokesperson from Thomond Park was quoted as saying they are honoured and thrilled, along with Linden Productions, to be hosting this celebratory event The Wearing of the Green Ballad Festival.

The Plaza Marquee at Thomond Park, is one of Limerick’s youngest venues, with a full bar and food facilities on site.

The first act will be on stage at 7.30 pm sharp, opening four hours of the best of ballad, folk and rebel songs of Ireland. Tickets for The Wearing of The Green Ballad Festival are €25 and are available online, or directly from Thomond Stadium

Get your tickets for the Green Ballad Festival online here