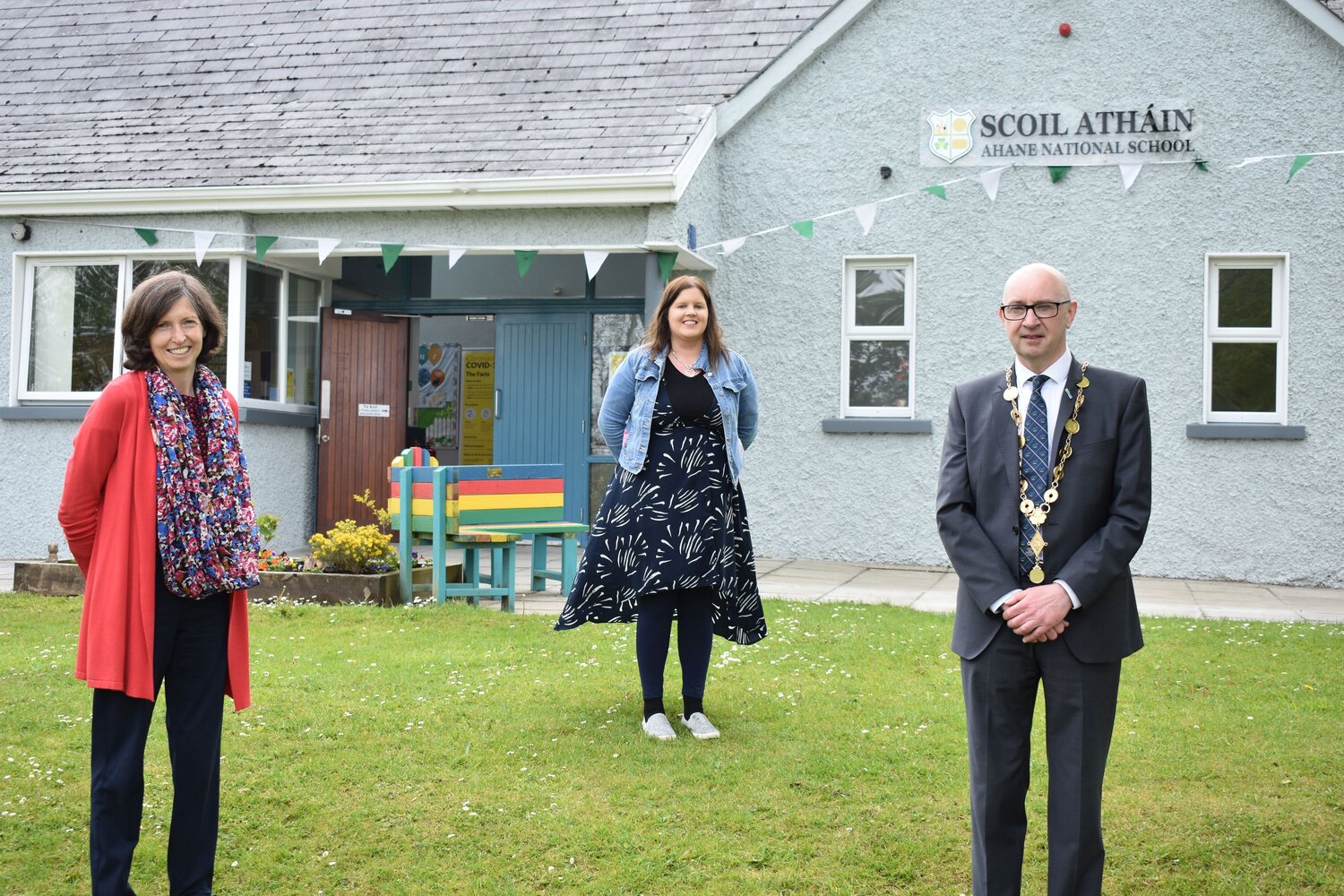 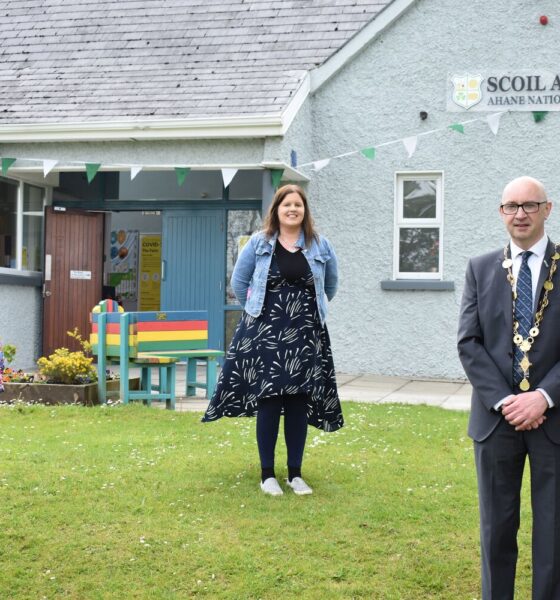 We were delighted to welcome @cllrmcollins and @LimerickCouncil to officially open our schools biodiversity garden today. It was lovely for the children to meet the mayor and have a few words with him. 🪴🐞🐛🦟🕷🪲 pic.twitter.com/a21dq4rkTF

Mayor Collins was welcomed to the school and cut a recycled environmentally friendly ribbon made by the pupils of Second Class who were thrilled to have a VIP visiting their school. 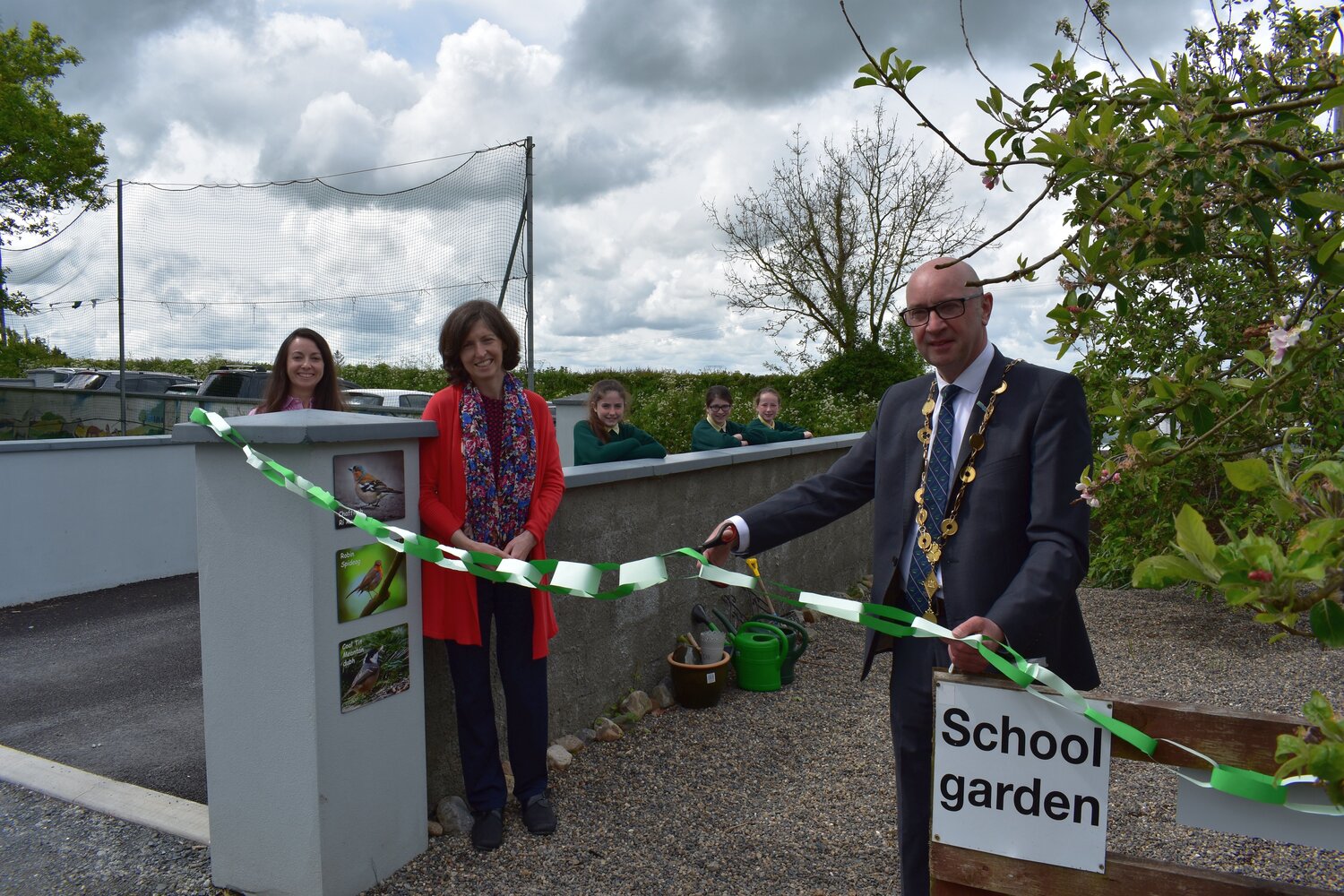 Over the last number of weeks, the school community – children, parents and teachers – have worked together to create a wonderful outdoor learning space described as a labour of love’ by Ahane National School principal Siobhan Kennedy.

The children are growing cabbage, potatoes, lettuce, peas, onions and leeks in raised beds, and a selection of herbs including mint, sage, parsley, chives, and oregano with wild strawberries, raspberries and apple tree plants also set to bloom. The wildflower garden is also home to a pair of bug hotels and a nesting birdhouse made by the pupils as well as bee-friendly ‘Cool Cups’ and a colourful fairy garden.

The mayor was shown around the Ahane National School Garden by three pupils of Sixth Class, Isabelle Collins, Aoife Holland and Cara Nally. The three pupils were representing all Sixth-Class pupils working hard to secure a Green Flag for the school. The Green Flag application is being coordinated by Sixth Class teacher Ms Maura Normile and Special Education Teacher Mr Micheal O’Shea. The creation and development of the School Garden were coordinated by Second Class teacher Ms Therese Tuohey and Principal Siobhán Kennedy. 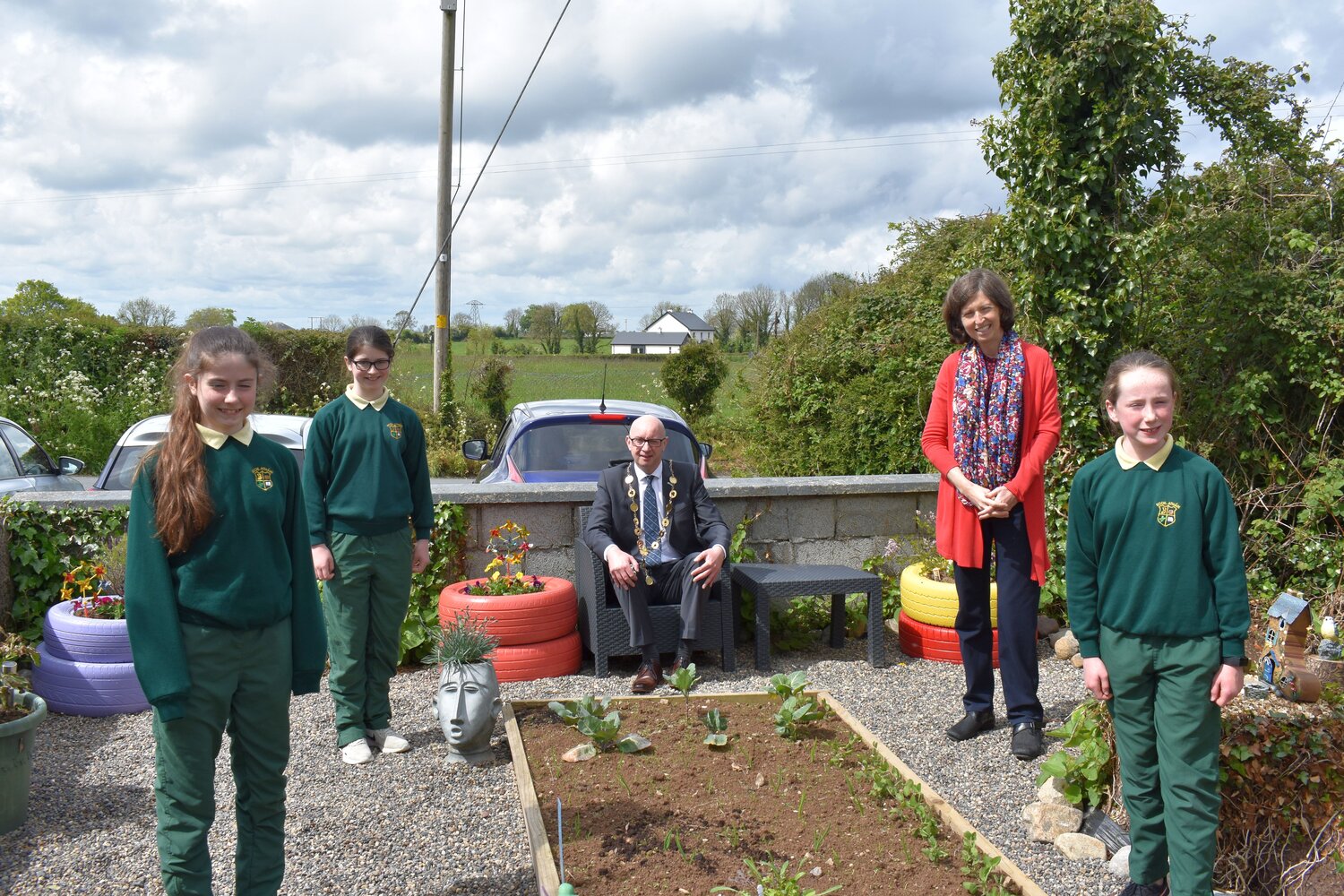 “The garden is part of work ongoing in the school to promote biodiversity and support Limerick as a European Greenleaf City,” Siobhan Kennedy explained. “Much of what has taken place in the garden has been incorporated into lessons in the classroom – from seed planting to learning why biodiversity is so important. The garden has a sensory theme to it, we’re growing herbs for scent and it is now a haven of peace and tranquillity and will be used as an extension of the classroom environment for learning and storytelling. We are enjoying the many positive benefits of creating and caring for our school garden and are delighted that the mayor took time to visit us and support our development of this garden space.”

Parents have been very interested in helping progress the garden and have donated a series of weather-friendly images of birds which have been placed around the garden walls. They have also donated seeds, plants, herbs, garden ornaments and furniture to help it flourish into the summer months.
Congratulating the school on its beautiful new outdoor classroom, Mayor Collins said: “I am really impressed by how knowledgeable and interested the children are in their environment, climate change and protecting it for the generations ahead.”

“It was lovely to see how much care and attention the children, parents and teachers have put into the garden and I look forward to returning to Ahane National School when it receives its green flag.”

Related Topics:Ahane National School
Up Next