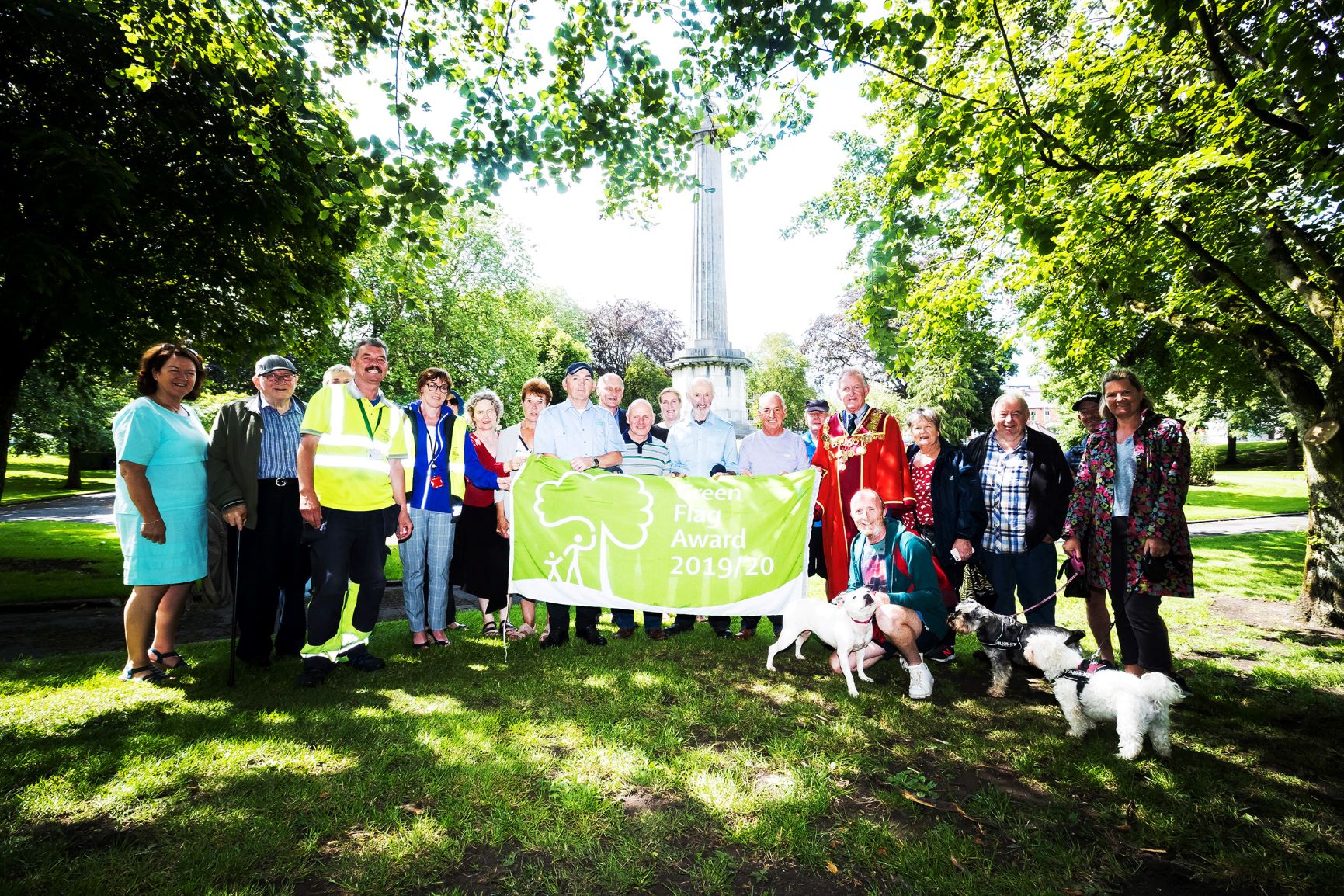 A Green Flag now flies proudly over the People’s Park after the park was chosen as one of the latest recipients of the internationally recognised Green Flag Awards.

The Green Flag Award scheme recognises and rewards well-managed parks and green spaces, setting the benchmark standard for the management of recreational outdoor spaces around the world.

The People’s Park in Limerick city and the Páirc Cois Féile in Abbeyfeale have received the Green Flag Award.

The 2019 awards were available to public town parks, country parks, gardens, cemeteries, and green spaces from across the whole country.

They are judged every year by a peer jury of green space experts, who volunteer their time to visit applicant sites and assess them against the strict criteria, including horticultural standards, cleanliness, sustainability, and community involvement.

This international award is a recognition that the People’s Park meets the highest possible environmental standards.

The Green Flag Award scheme recognises and rewards well-managed parks and green spaces, setting the benchmark standard for the management of recreational outdoor spaces around the world.

Mayor of the City and County of Limerick Cllr Michael Sheahan said: “This award is a huge honour for all who work in the Parks Section of the Council. The People’s Park plays an integral part in making Limerick city an attractive place to live and people strongly identify with it. City parks improve our physical and psychological health, strengthen our communities, and make our cities and neighbourhoods more attractive places to live and work.”

“We are proud to have so many wonderful green spaces in our city for people to enjoy. I would encourage everyone to get outdoors this summer and enjoy the parks and green spaces that we have on our doorstep in Limerick City and County.”

Michael Sheehan Park Superintendent Limerick City and County Council said: “This honour recognises the dedication that goes into maintaining the People’s Park to such a high standard and provides national recognition for the achievements of the Parks’ staff whose hard work and dedication has helped to create the high standards demanded by the Green Flag Award.”

“To achieve Green Flag status is a huge honour. The People’s Park natural landscape has been preserved since it opened in 1877 and we will ensure that it continues to be a welcoming, well maintained and enjoyable park to visit into the future.”

For more information about the Green Flag Awards, click here