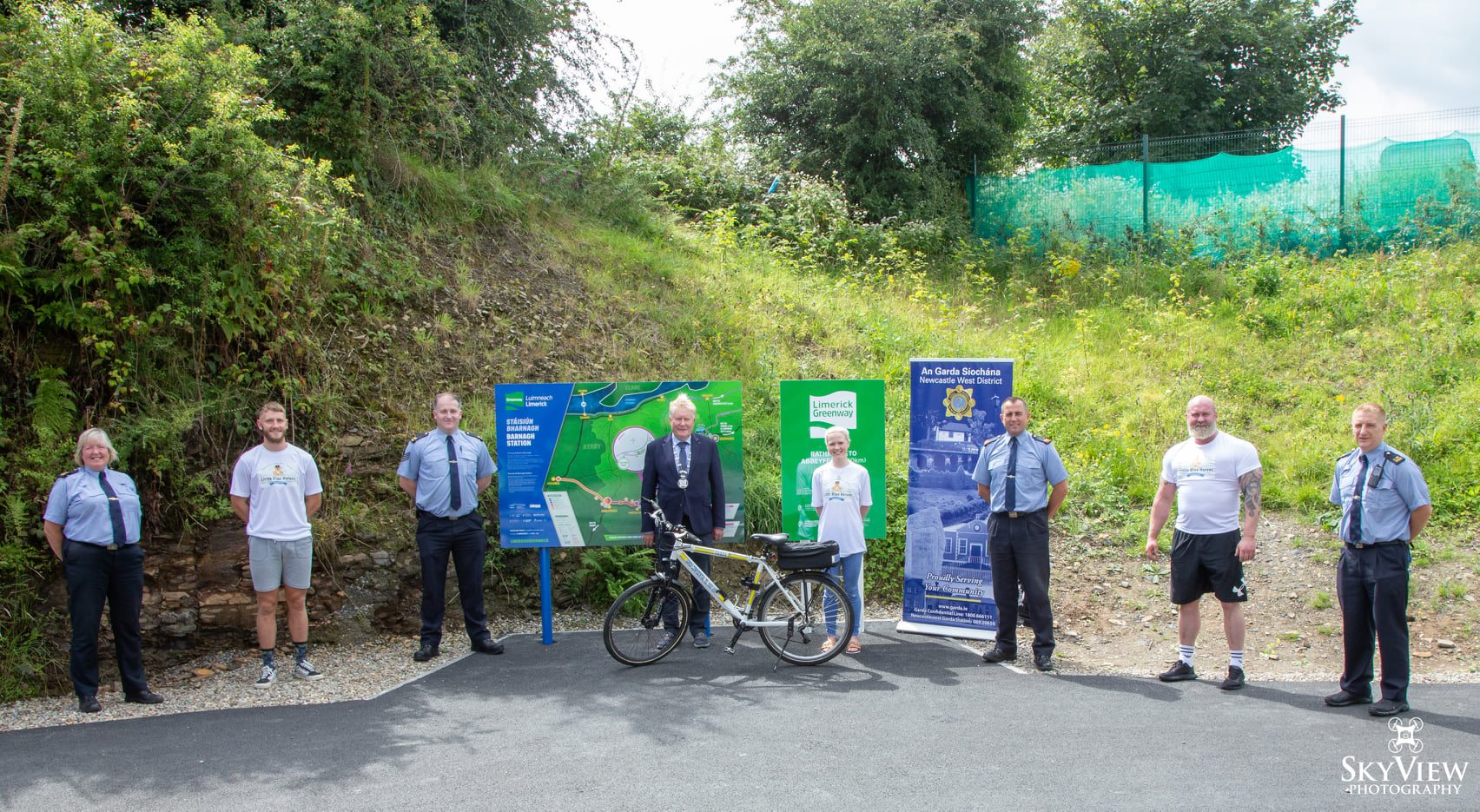 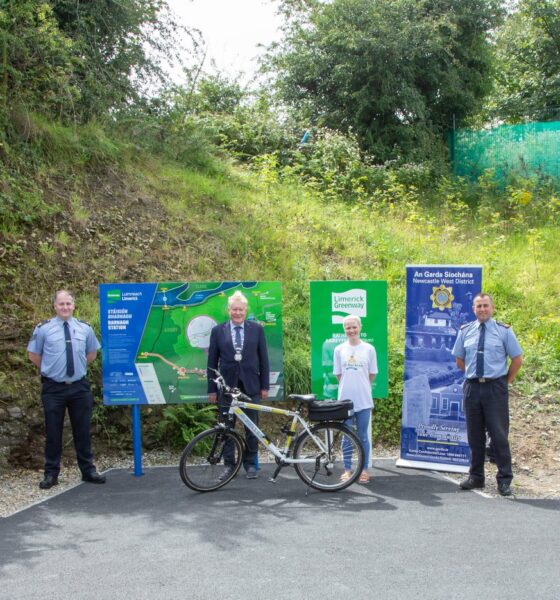 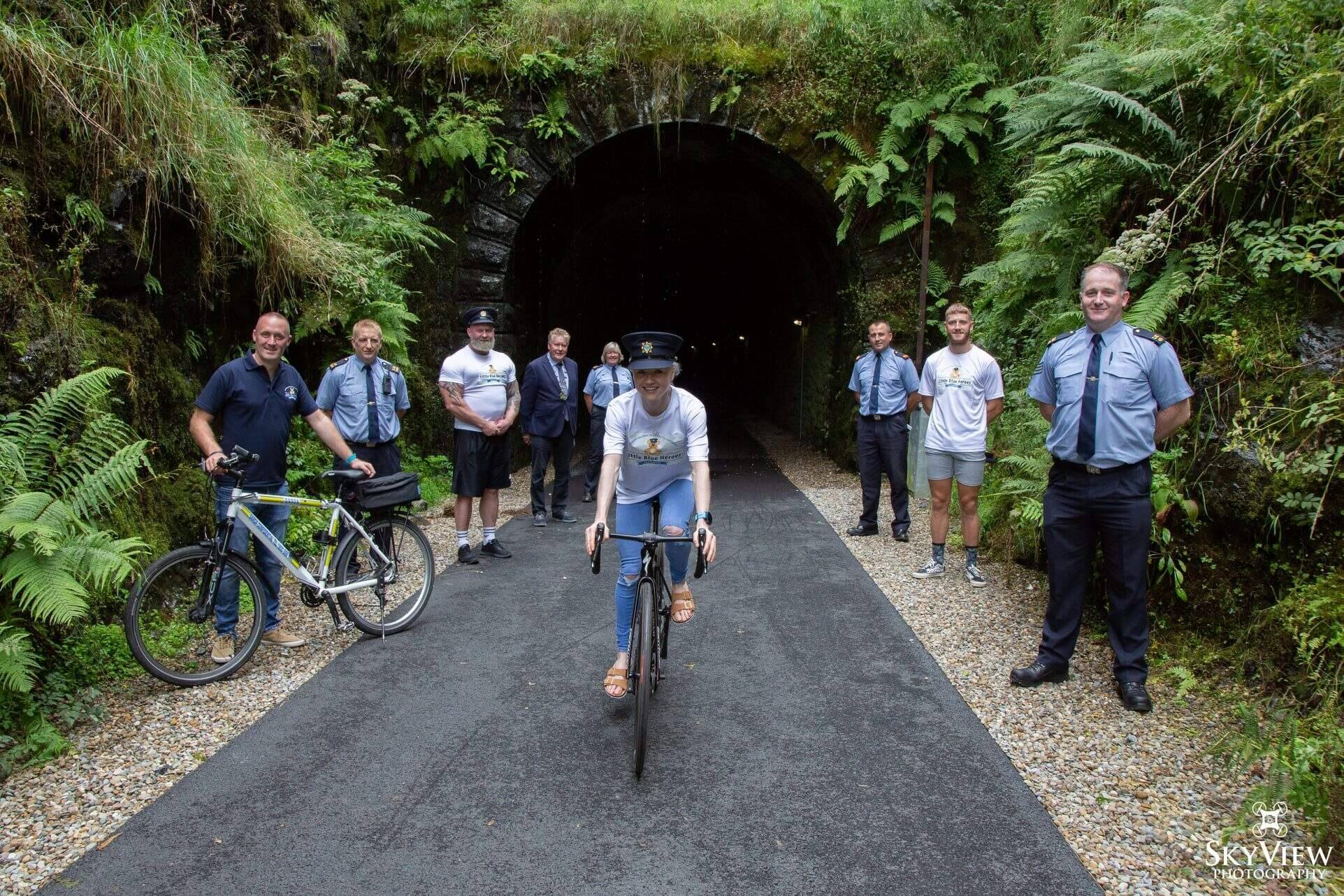 Gardaí attached to the Newcastle West District will be doing a fundraising cycle in aid of the Little Blue Heroes Foundation on Saturday, September 11. Picture: Skyview Photography

Gardaí attached to the Newcastle West District will be doing a Greenway Goes Blue fundraising cycle in aid of the Little Blue Heroes Foundation on Saturday, September 11.

The Gardaí, along with their friends, family, and fellow blue light services, will be cycling 40km on Limerick Greenway, starting from Rathkeale at 11am.

Sergeant Noel Barry, who helped organise the cycle, said, “We do have local candidates from the charity in Limerick and I suppose the cause is exceptionally worthy. They deal with seriously ill and critically ill children and any help we can give we are going to try and offer.”

Speaking at the launch of the charity cycle, Limerick Olympian Carolyn Hayes said, “I’m very confident that we’re not going to hit the €10,000 target, we’re actually going to smash it. I’ll definitely be here anyway on the 11th of September to partake in the cycle, and I’d love to see everyone you know who has a bike, it doesn’t have to be a fancy race bike, any bike, whatever you have, get down and support the cause because it is a fantastic cause.”

The cycle will coincide with an emergency services family open day at the Gaelscoil, Station Road, Newcastle West. It is hoped that the cyclists can pit-stop there, and that locals will also come to visit to support Little Blue Heroes.

The open day will have a sensory-friendly time from 11.30am to 12pm.

The Little Blue Heroes Foundation is a not-for-profit charity operated entirely by volunteers made up of Garda members/staff, retired Garda members, their families, friends, and civic-minded people from communities.

It aims to help families in need from local communities in Ireland who have children undergoing long-term medical treatment for serious illnesses.

The name ‘Little Blue Heroes’ came about when the organisation found that the vast amount of the children they support have a strong fascination with police uniforms, equipment, vehicles, Garda units, etc. This has even led some of the children to make a wish to become an Honorary Garda and become part of the Garda family.

Limerick Dog is Finalist in Nose of Tralee 2021

Join Diva Grinch this festive season in the 12 Days of Grinchmas film!