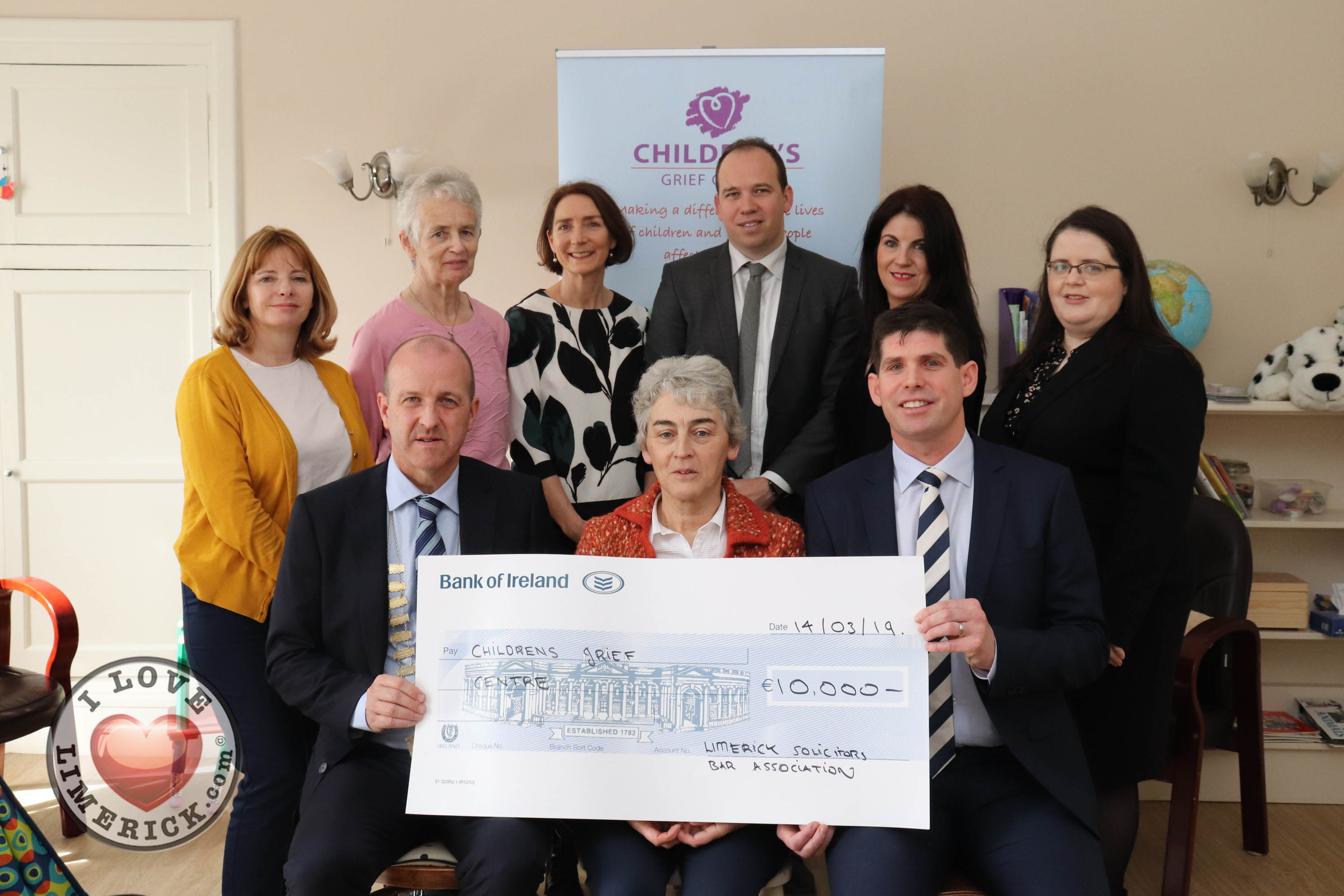 Sr Helen Culhane, Limerick Person of the Year 2017, founded the centre in 2009 and it has been providing support services for school-aged children and young people affected by loss through death, separation, and divorce in the Mid-West Region. The Children’s Grief Centre sees around 300 children every week, aged 4 to 18 years. 70% of the children who attend have separated parents while 30% has suffered bereavement. Helen’s vision was that the Centre would provide children and young people with a listening ear.

Pictured at the donation of €10,000 to the Children’s Grief Centre in Limerick by Limerick Citizen’s Bar Association are Anne English and Robert Kennedy, president of Limerick Solicitors Bar Association. Picture: Orla McLoughlin/ilovelimerick.

Limerick Solicitors Bar Association aims to assist and promote the welfare and interests of its members, who are Solicitors. The LSBA is run by its Committee which comprises its elected members, officers and Past Presidents of the Association. Its officers include a President, an Honorary Secretary and an Honorary Treasurer. LSBA organised Strictly Legal Eagles in order to raise money for the Children’s Grief Centre and Mid-Western Cancer Foundation. The dance off took place in the South Court Hotel, Limerick on Thursday, November 1 2018. Ten couples took to the stage and Limerick solicitors, Ger O’Neil and Elizabeth Walsh came out on top, winning first place. The night was a great success, raising over €20,000 for two amazing local charities.

Sr Helen Culhane is delighted to receive the generous donation, saying ‘we are planning to build a new premises and we start fundraising for that come September so this will go towards our new building.’

Derek Walsh said ‘I became aware of the Children’s Grief Centre actually after my sister sadly passed away, she was only 36 and she had two young children. The Children’s Grief Centre came to my attention and I had a meeting with Sr Helen Culhane, she told me the incredible work that they do for children and for families and that is ultimately how we came up with the plan to run a strictly come dancing competition for solicitors, barristers from members of the court services and we are delighted that we raised €20,000 between the Children’s Grief Centre and the Mid-Western Cancer Foundation.’ Limerick Solicitors Bar Association loved taking part and they are delighted to support and raise awareness for the centre.

The Children’s Grief Centre is in business for the last 10 years, making a real difference to children and to their families.

For more information about the centre visit

For more information about LSBA visit

For more stories on the Grief Centre go here 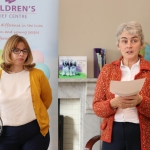 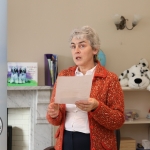 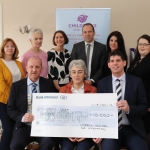 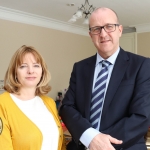 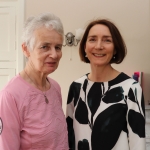 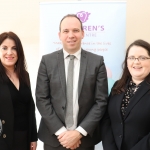 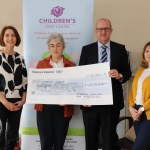 Pauline McLynn urges Ireland to join Irelands Great Get Together 2019