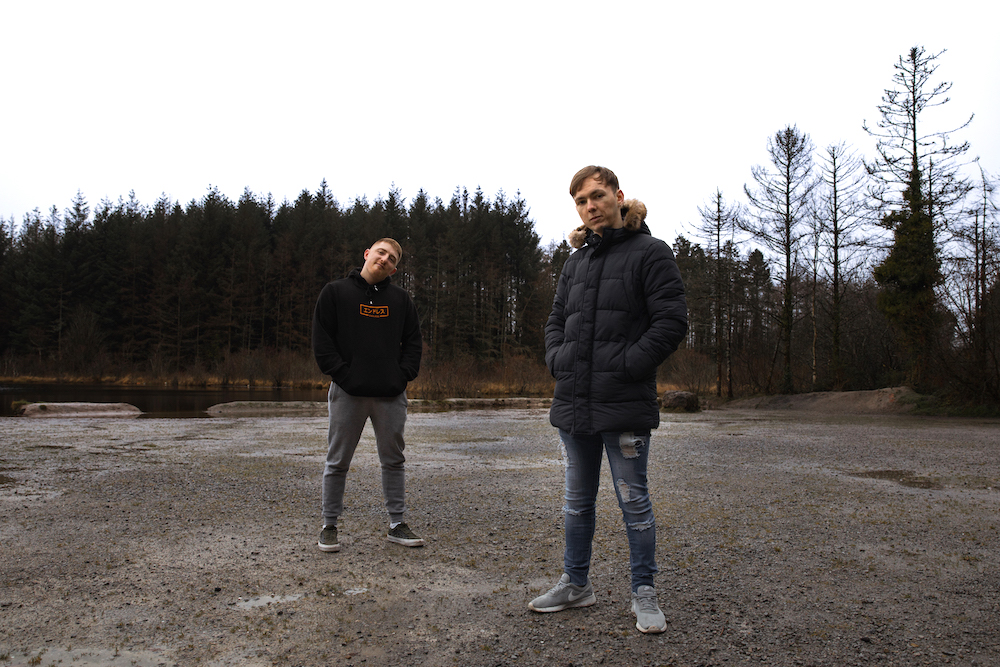 HalfTraxx is a Limerick music producing duo bringing a refreshing new sound to music around Limerick. Half Traxx consists of Paul Finnin and Greg Lynch, AKA JustG. The pair shared the same musical interests while also understanding the ups and downs that came with working within the music industry. A friendship was formed, which would later lead to the formation of Half Traxx.

Greg started DJing in his room at around the age of sixteen, landing his first gig at eighteen in his local pub in 2013 under the name ‘DJ Lynchy’. Greg played several gigs, eventually leading to him playing in nightclubs. Paul shared a very similar experience, saving up at the age of nine or ten for his first set of decks, and after many years of practicing music, Paul eventually landed his first gig. From there, Greg and Paul expanded their music capabilities and eventually collaborated with Sarah McTernan.

The duo gives Sarah significant credit for bringing the two together and even coming up with their name. According to Greg, “The three of us were making plans for the release of our single with Sarah called ‘Loving You’. When Paul mentioned how many half-tracks we were sitting on. Sarah said that should be your name, HalfTraxx. So really, we owe our name to Sarah.”

What inspired you to create Half Traxx?

We weren’t getting much support on solo projects; However, when Sarah McTernan contacted us and eventually finished producing ‘Loving You’ and listened back to all the other instrumentals we had done together, we knew we were onto something special.

How was Half Traxx formed, and who was the brainchild behind the operation?

One day, Sarah was looking for feedback on a song she was working on with another producer. She mentioned the idea of us working together on a track. Paul was interested in making music together, so I called and told him and asked if he wanted to join us at the studio. ‘Loving You’ was the first track that we created. Sarah brought us together and gave us a new and fresh opportunity to make music.

How long ago was Half Traxx created, and how different are things now compared to when you first took off?

Half Traxx was created during the first national lockdown in 2020. Fast forward a few months, and our debut single with Sarah McTernan, ‘ Loving You’ went straight to number two into the overall iTunes single charts upon its release. It also went to number one in the Pop sub-charts.

What is your musical background? Were you familiar with instruments in your younger years, or is it a newfound talent?

As children, we were both very musical. Greg started playing the recorder in school, then onto the guitar and eventually learned to play the piano at twenty-four. Paul got his first trance CD called ‘Breakdown’ at the age of nine of ten. From there, he kept trying to discover different types of electronic music. He started DJing and producing house music.

What kind of artists have you worked with?

Paul has worked with many UK artists and signed a lot of music to labels such as OneNine Records, Kids Recordings, and LeftyShades Records. Under his stage name JustG, Greg got the chance to work with a fantastic singer and songwriter from LA called Amanda Renee. They released two cover tracks and an original song, with the video being shot in LA.

Who would be your dream artist or producer to collaborate with?

There are so many artists we would love to work with, Lost Frequencies and Jax Jones. Paul’s dream artists to work with would be Gorgon City, Jem Cooke, and Bicep.

Greg and Paul were unified through their love for music.

Where do you see Half Traxx in five years?

In five years’, time we see HalfTraxx have many number one singles. We also see HalfTraxx touring and being able to make music into a full-time career.

Dimitri Vegas and Like Mike inspire Greg because of their performance on stage and Tiesto. As he manages to remain relevant in music, which is something, I hope we can do. Paul is greatly inspired by Hot Since 82 & Ferry Corsten.

Can the people of Limerick expect new content from you soon?

We have so much music finished, and our next single will be dropping just before summer (we hope). So much music is on the way with so many incredible artists. Every track is different from the last. So, expect the unexpected.

For more stories on Half Traxx, go HERE

To listen to HalfTraxx on Apple Music go HERE

Related Topics:halftraxxsarah mc ternan
Up Next