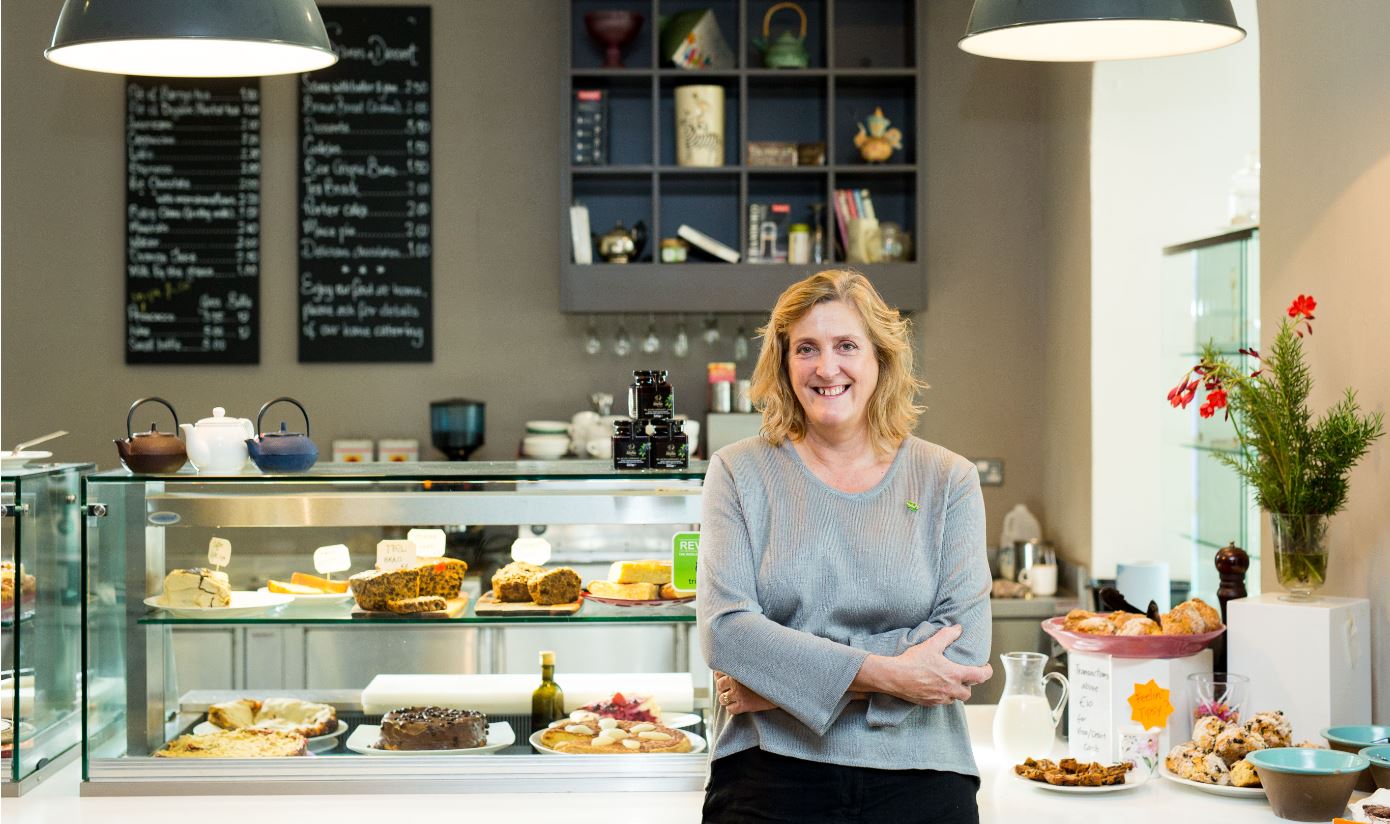 Helen O Donnell has announced that she will retire from running the Hunt Museum café after 25 years. Picture: Alan Place

Limerick businesswoman Helen O Donnell has announced that she is to retire from running the Hunt Museum Café in early 2022 after 25 years.

Helen said, “I have loved every minute of my time at the Hunt Museum and look forward to handing over the baton to new fresh talent to grow the business into the future. I would like to thank the many loyal customers who down the years have made our business a huge success.

“I have given this a lot of consideration and I wanted to support the Museum through Covid and prove to myself the Café could survive such a curveball. We will continue to provide catering to our corporate and private clients from another location.”

Helen decided to give up her tenure to pursue other interests.

A well-known face in Limerick and wife of the late TD and MEP Tom O’Donnell, she spearheaded a major drive to both enhance and revitalize Limerick City Centre and introduced the idea of entering the city into the Tidy Towns competition. She is also a founding member of Team Limerick Clean Up.

Helen received a Hero Award in 2014 for her work and dedication at the Tidy Towns competition that year, as well as being named Limerick Person of the Year in 2012.

The Hunt Museum is extremely sad to see her leave and has stated, “The food, service, and welcome Helen has provided have been a mainstay of the Museum for its entire existence in the Custom House.”

The Hunt Museum Café is hoping to have a new tenant in place before Easter 2022.

Until then, Helen will continue her work at the Café and will assist in the transition to a new operator.

Both Helen and the Museum see this as a fantastic opportunity for someone new to take over the Café, with the Board of the Museum believing the change to be a thrilling opportunity for the Café and the Hunt to play a refreshed role in Limerick’s emerging food scene.

A tender will be issued in the second week of January 2022 and submissions by interested parties will be reviewed by a subcommittee of the Board of the Hunt Museum.

The subcommittee consists of Jill Collins, Helen O Donnell, John Moran, and Elaine O’Malley. They will be supported by expert John Ruddle.

The Hunt Museum would like offers from interested parties, “that keep the loyal following built by Helen while delivering a new chapter for the restaurant.”

They are looking for someone who will maintain a partnership that will complement the ethos of the museum and its aspiration to be a centre of civic life in the region is important, alongside the ability to generate new benefits to Limerick and the region.

With the new garden creating a wonderful outdoor space, facing the River Shannon, the possibilities for an operator wishing to play a leading role in the city centre’s day and night food scene are wide open and very exciting.

The I Love Limerick crew would like to wish Helen the best of luck with her future endeavours.

For more about the Hunt Museum Café go HERE