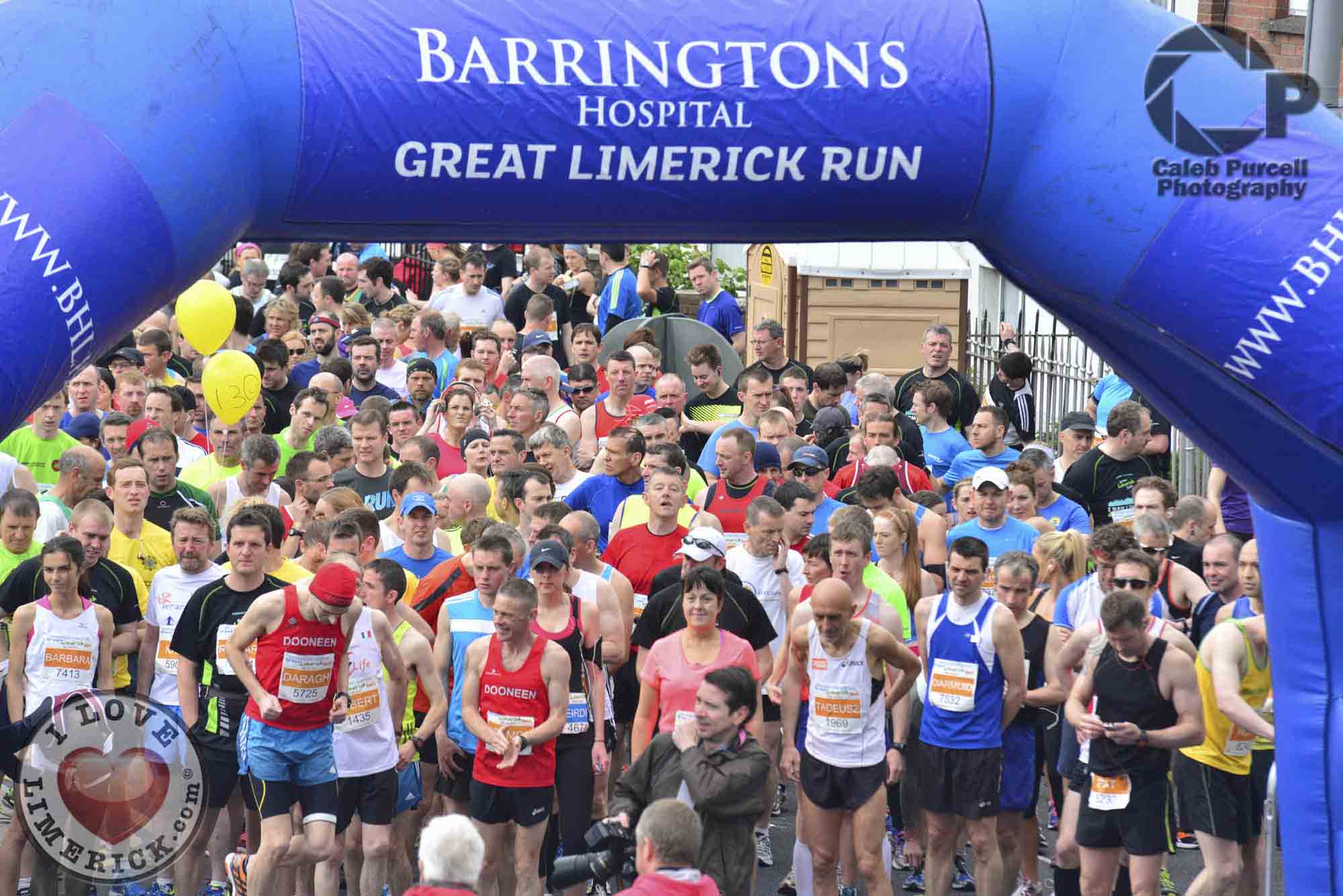 The 7th Annual Barringtons Hospital Great Limerick Run, is set to take place this coming May. Now one of Ireland’s largest mass participatory sporting events, this year’s race is expected to exceed last year’s participant numbers of 14,200 based on the current increased level of early registrations that have taken place with nearly 2,000 already availing of early bird discounted race entries over the three race distances.

This year The Great Limerick Run have teamed up with my charity.ie. This means that once participants have registered online they will be directed straight to a mycharity.ie page allowing them to donate to one of this year’s chosen beneficiaries. The five charities chosen by the Great Limerick Run this year are Pieta House, Milford Hospice, Focus Ireland, The Irish Cancer Society and The CARI Foundation. However you can also donate to or fundraise for a charity of your choice.

With over thirty registered charities in Limerick and over 14,000 participants set to take part in the run, it is a very achievable goal to help each charity in Limerick. Participants of the event are encouraged to do the run in aid of a charity of their choice, be it a Limerick based or national charity. If each participant managed to raise only €5 each that would raise an estimated €70,000 for Irish Charities.

People who do not wish to participate in the run can also use the Barringtons Hospital Great Limerick Run as a way of doing their bit for charity, by making a donation or sponsoring a participant.

The Great Limerick Run has always been used as a way to raise some much need funds and awareness for charities. This year with the run set to be bigger than ever, let’s make its impact bigger and aim to raise €5 each for a charity close to your heart.