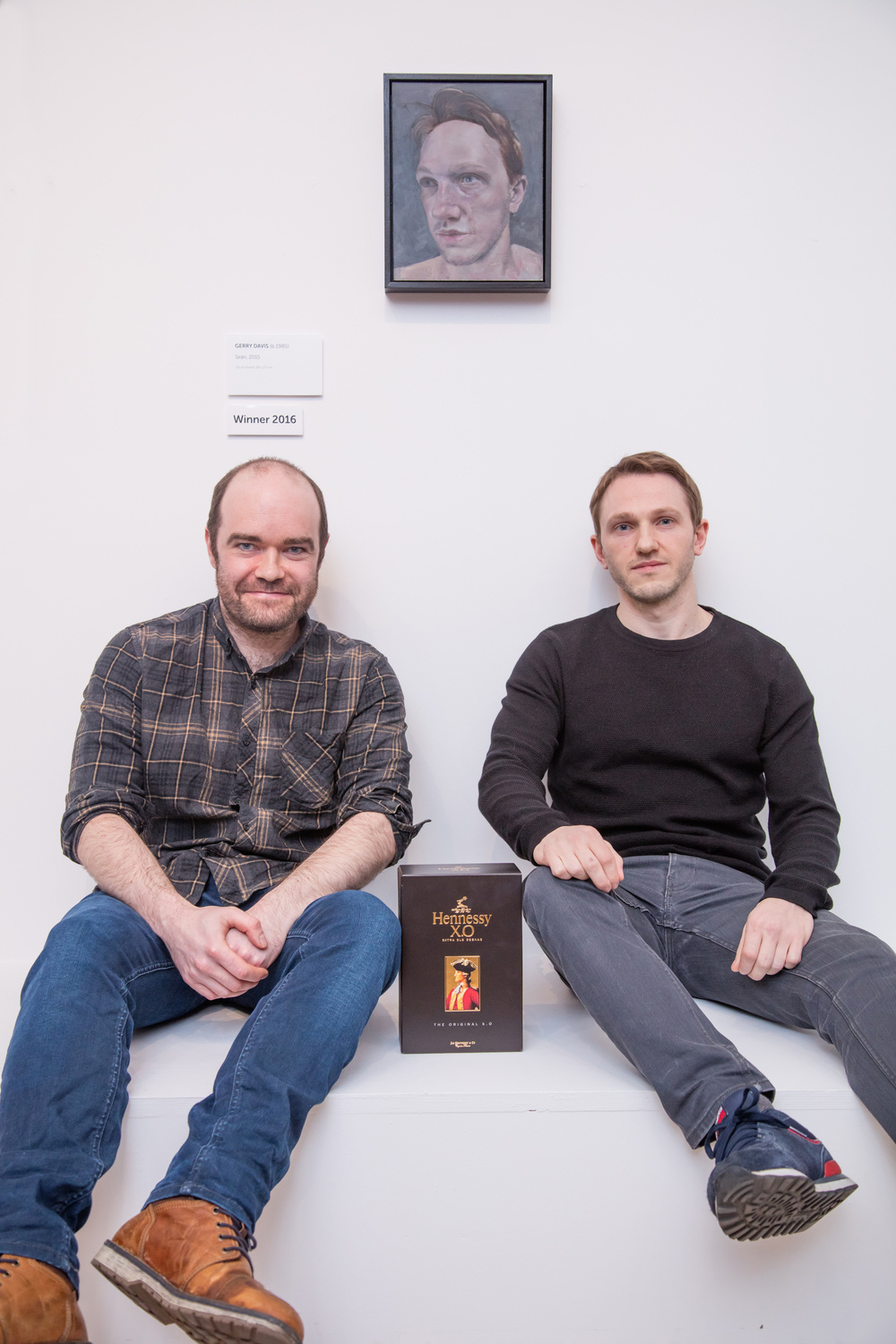 Gerry Davis Announced as Winner of the Hennessy Portrait Prize 2016

On Tuesday, November 29, 2016, guests and artists gathered in the Millennium Wing of the National Gallery of Ireland, as the winner of the Hennessy Portrait Prize 2016 was announced.

Gerry Davis was awarded the prize of €15,000 for his work entitled Seán (oil on board, 28 x 23cm). Gerry will also receive a commission worth €5,000 to produce a portrait for inclusion in the National Portrait Collection. 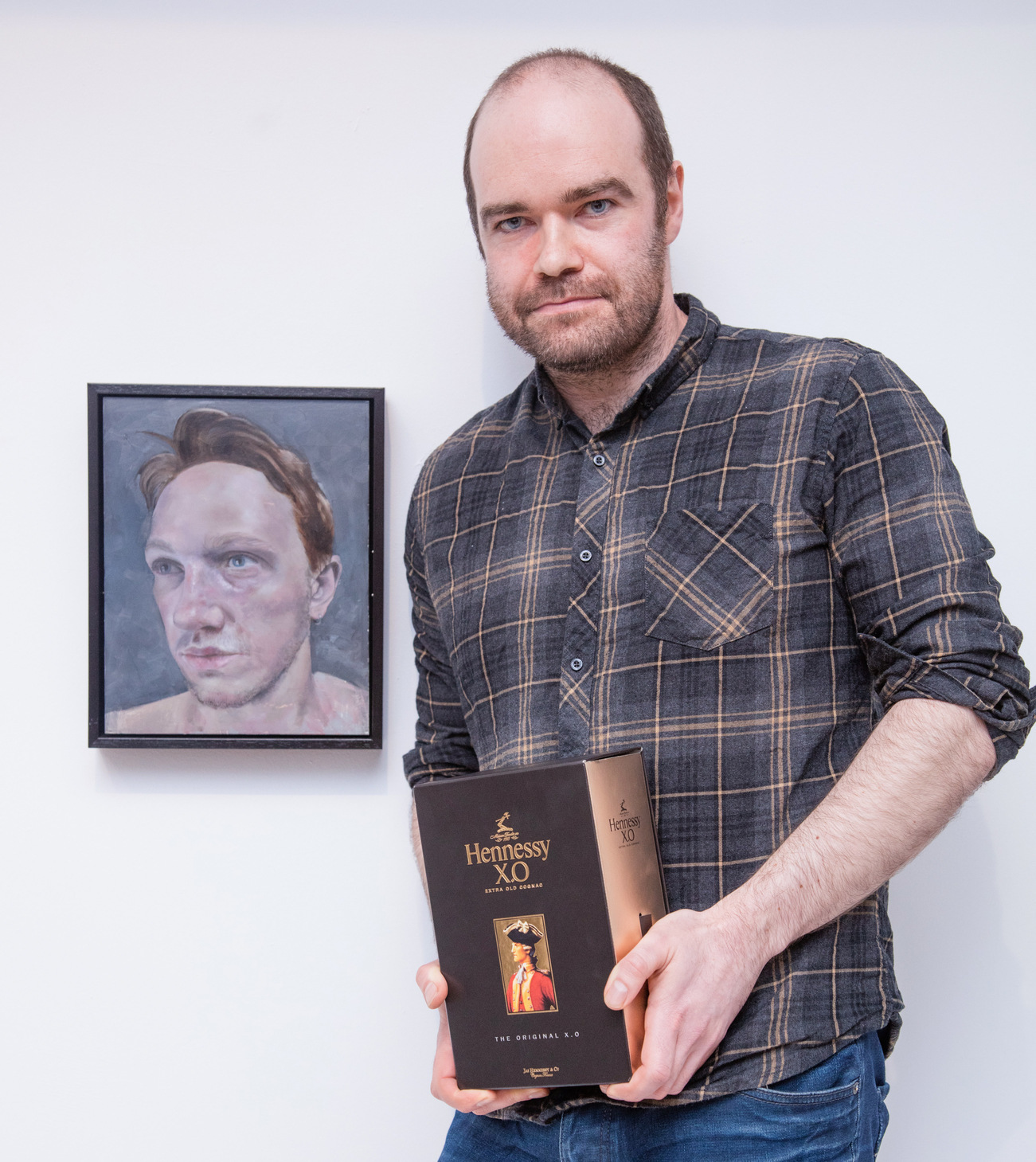 Gerry Davis the Hennessy Portrait Prize Winner 2016. The winning artist received a prize of €15,000 and a commission worth €5,000 to produce a portrait of an Irish sitter for inclusion in the National Portrait Collection. Photo: Anthony Woods

Originally from Cahir, Co. Tipperary, Gerry Davis graduated from the Limerick School of Art and Design in 2009 with a degree in Fine Art (painting). He has been exhibiting regularly since, showing What Has Been Shall Always Never Be Again at the Ormston House, and staging a solo show Burrow at TACTIC. In 2016, in addition to being awarded a merit prize at the Golden Fleece Award, Davis exhibited at the 186th RHA Annual Exhibition, and at a three-man show The Forest that Hears and the Field that Sees in Damer House, Roscrea. His solo show Studio was held at Pallas Projects, Dublin, in October 2016.

Two highly commended artists were also announced as part of this year’s event. They are
Gavan McCullough for his portrait Imran, (oil on canvas, 100 x 90cm), and Leanne Mullen for her work Someone’s Mother, (oil on canvas, 40 x 40cm).

Speaking on behalf of the judging panel, Gemma Tipton commented: “Our congratulations to Gerry Davis for his winning portrait of Seán And to the highly commended artists, Gavan McCullough and Leanne Mullen for their portraits of Imran and Someone’s Mother respectively. Their work, and that of all the finalists reflects the extraordinary diversity of humanity and the talent of these brilliant artists in capturing that and reflecting it back to us. These art works are all also people, people that I almost feel I have now met. I would like to thank my fellow judges on the panel and all the artists who entered the competition.”

Now in its third year, the Hennessy Portrait Prize 2016 received over 400 entries, encompassing a wide range of media and materials, by artists living in Ireland and Irish artists abroad. The fourteen shortlisted artists, chosen by the judging panel comprising of Jackie Nickerson (documentary photographer), Gemma Tipton (art critic), Dr Adriaan Waiboer (Head Curator, National Gallery of Ireland) and Peter Murray (Director of the Crawford Art Gallery in Cork), will have their works exhibited in the National Gallery of Ireland until Sunday, March 26, 2017.

Commenting Elaine Cullen, market development manager for Moët Hennessy, said: “It’s heartening to see such a large number and wide range of high-quality entries again this year for the third Hennessy Portrait Prize. The shortlisted artists have each produced terrific, distinctive works that leave a lasting impression. Discovering the wealth of gifted Irish talent through the Hennessy Portrait Prize is deeply humbling. Hennessy looks forward to acknowledging and exhibiting the work of many more Irish artists, with the National Gallery of Ireland.”

The Hennessy Portrait Prize was launched in March 2014. Open to artists in all disciplines, the aim of the competition is to showcase and encourage interest in contemporary portraiture and to raise the profile of the National Portrait Collection at the National Gallery of Ireland.

For further information visit www.nationalgallery.ie or see www.hennessy.com.
To read more on Gerry Davis and his work, click here.