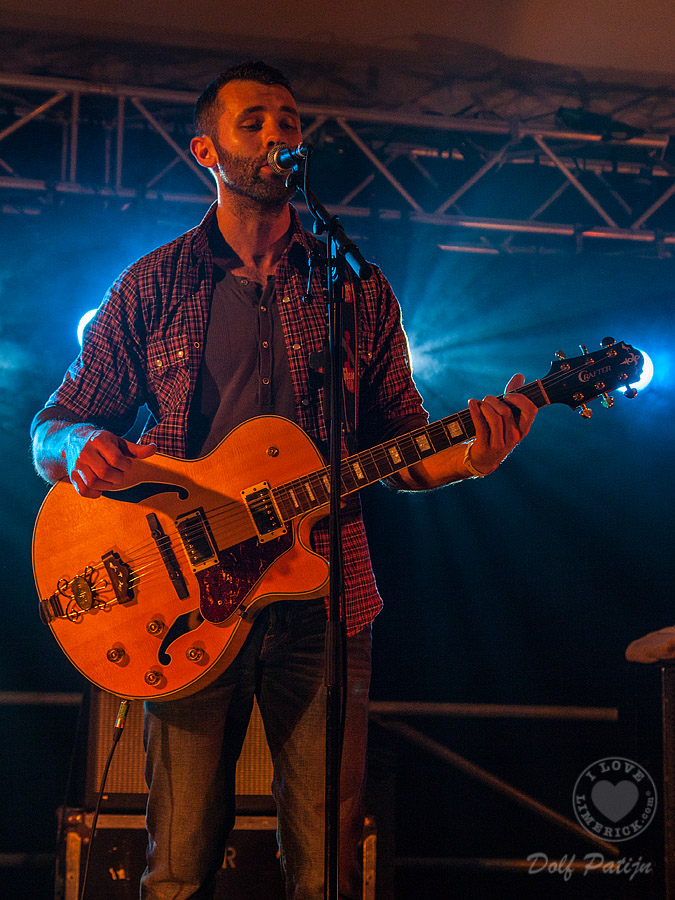 Hermitage Green played Live at the Big Top with the popular quintet joined by The Riptide Movement and Gavin James on a tasty triple bill for the May Bank Holiday weekend in the Milk Market venue. The band recently had a dizzying tour – which they dubbed the ‘Bermuda Triangle’ – of Canada, the US and Czech Republic followed by an extended Irish stint. The booking by Dolan’s for the Big Top gig on Sunday, May 4, marks a major step-up for the Limerick band, who have sold out the Warehouse but now make the jump to headliner in the Milk Market. “It has always been the goal to promote a local artist from the bar in Dolan’s to the ‘Upstairs’ venue, to selling out the Warehouse and to now headlining the Big Top,” explained Mick Dolan, who said the show was the first in a sequence of Big Top gigs to mark 20 years of Dolan’s opening in Limerick, a series which also ties into City of Culture. “Hermitage Green have grown from strength to strength and I am blown away by their development,” added the venue boss.

Gavin James recently won Meteor Song of the Year for Say Hello, which also reached number one, while the Riptide Movement are just about to release their third album, Getting Through and have supported The Rolling Stones, among other luminaries.

Pictures by Dolf Patijn for ILoveLimerick.com 2014. All Rights Reserved.

Pictures by Oisin Mc Hugh for ILoveLimerick.com 2014. All Rights Reserved.