Home / beauty / The History of the Holman Lee Agency

The History of the Holman Lee Agency

By Richard Lynch on December 15, 2016@richanthon 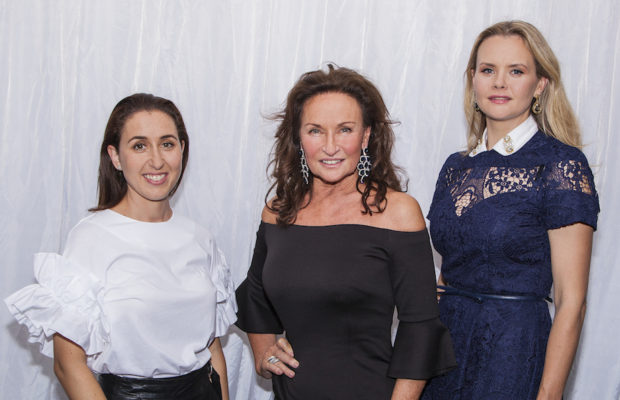 Celia Holman Lee, the woman behind this successful agency, started out as a model at the age of 15 in Limerick after being approached while working as a shop assistant. She started modeling for the Maureen Walsh Agency.

She founded her own modelling agency, ‘Celia Holman-Lee Model Agency’, changing it to ‘Holman Lee Agency’ to accommodate the whole family, at the age of 22 and has run it for over 30 years. This makes it the longest running modelling agency in Ireland.

“Once you have pride in where you come from and who you are, people respect that and they come alongside with you. I think that has happened in a way that I have taken a provencial modeling agency and I made it national. We’ve our own way of doing things and it seems to be working so I must be doing something right.” Celia Holman said to I Love Limerick in an exclusive interview.

The Holman-Lee Agency prides itself on being one of the best catwalk agencies in fashion and production in the country. They cover a variety of work including fashion show production – big and small – editorials, promotions, catalogues, bridal exhibitions, wedding fairs and TV.

Cecile Lee Coveney, Celia’s daughter said to I Love Limerick at the Rose of Tralee Fashion Show about the work behind the scenes at their productions, “Theres an awful lot of work behind the scenes, it starts five or six months beforehand. We would meet with the committee, we would discuss about last year’s event; what we liked and what we brought forward. We would get feedback and we would start the process from the very start; contact boutiques and designers, talk to them about talking part. Everything from making phonecalls, writing letter, catching up and trying to meet people.

“When you get here, the work is done and it’s a case of when you’re here it’s fittings and hair and make up and rehearsals which is the fun part of it. There would be more work before the show than the show itself.”

As one of Ireland’s leading modelling agencies we often features on national TV and media such as TV3’s Ireland AM, RTE’s Off the Rails.

For more in formation about the Holman Lee Agency visit their website here.