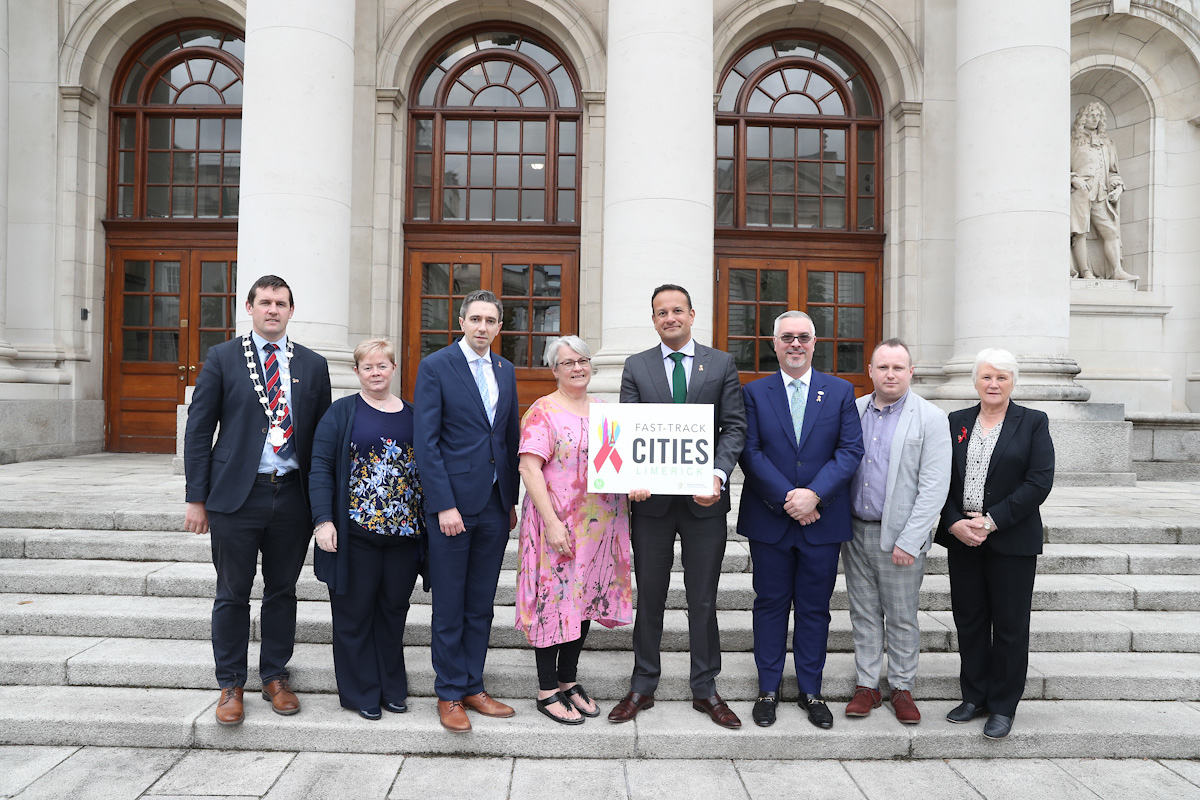 Limerick City and County Council has today signed up to a global initiative aimed at boosting HIV prevention and treatment and reducing stigma.

Limerick is one of four cities in Ireland – Dublin, Cork and Galway are the other three – now part of the HIV Fast Track Cities initiative.

The HIV Fast Track Cities initiative is a global partnership between almost 300 cities in collaboration with the Joint United Nations Programme on HIV/AIDS and the International Association of Providers of AIDS Care (IAPAC) and was launched in Paris in 2014.

The Taoiseach Leo Varadkar, Minister for Health Simon Harris and Minister of State for Health Promotion Catherine Byrne have also announced funding of €450,000 to kick-start the initiative in the four cities.

This funding will support community HIV awareness and testing in Limerick, Dublin, Cork and Galway, as well as a national stigma reduction campaign, to be delivered by the HSE Sexual Health and Crisis Pregnancy Programme with HIV organisation partners in each city.

Cllr Frankie Daly, who signed the contract on behalf of the Mayor of the City and County of Limerick said: “It is important that we help and support those who have HIV or for those who want to get tested.  Limerick has now signed up to the Fast Track Cities initiative, which will help those in the fight against HIV.  We will work with GOSHH (Gender Orientation Sexual Health HIV) on Davis Street to ensure that those who need support gets it in a timely manner.  GOSHH focuses on the promotion of equality and wellbeing of all with a positive and respectful approach to sexual orientation and gender diversity.” 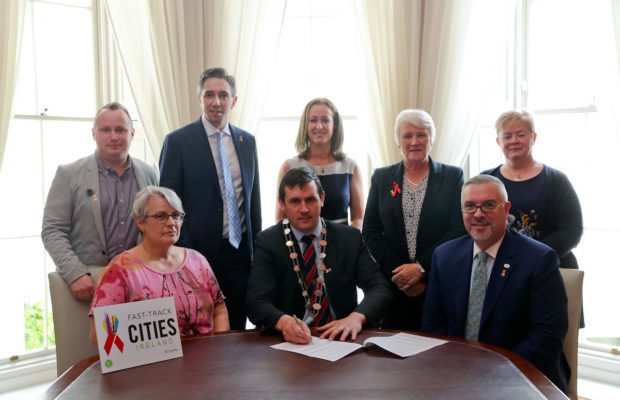 An Taoiseach Leo Varadkar said: “The Government wants to reduce the number of people who contract HIV. So, we want to make it easier for people to get tested and know their status, as people who know their status get treated and are far less likely to pass it on.  I am really pleased that Ireland is joining forces with other cities and partners around the world in this global initiative to fight HIV. Collaborating in this way will help us to identify and share best practice.”

“When we announced last year that we would be bringing in a PrEP programme, advocacy and LGBTI+ groups said it needed to be coupled with increased testing in the community. We’ve listened to that feedback. Under the HIV Fast Track Cities initiative, we will further expand community HIV testing and raise awareness about the benefits of treatment. We’re backing this up with real money; €450,000 for testing in Limerick, Galway, Cork and Dublin and a national awareness programme. By working at local level we can get to the people we need to reach and bring down HIV rates across Ireland.”

Minister for Health Simon Harris said: “Sexual health is one of our key priorities under Healthy Ireland and reducing the number of new HIV diagnoses in Ireland is a priority focus for me as Minister for Health. I also want to pay tribute to the ongoing work of Minister Byrne in this regard.

“The aim of the Fast Track Cities initiative is to boost current HIV prevention and intervention work.

“In this regard, I was very pleased to be able to allocate additional funding of €450,000 to the HSE specifically for developments such as community-based HIV testing and outreach services, as well as public campaigns on stigma reduction and promotion of the new PrEP programme later this year.”

Minister for Health Promotion Catherine Byrne said: “Ireland’s participation in the Fast Track Cities initiative reinforces our commitment to stepping up our response to HIV. We want to break down the stigma around HIV and make information, testing and treatment easily accessible, particularly for at-risk groups. I am delighted that we could secure the additional funding to make this happen and to advance the work of our National Sexual Health Strategy. This initiative will further strengthen the partnership between the HSE, NGOs and local partners in Dublin, Cork, Limerick and Galway, which is key to tackling HIV in the community”.

Dr Jose Zuniga, IAPAC President, said: “IAPAC welcomes the Irish cities of Limerick, Cork, Dublin and Galway to the Fast-Track Cities network, and we applaud the political commitment made by their Mayors, in partnership with affected communities, to work towards ending their local HIV epidemics. We also applaud the Department of Health’s investment towards Fast-Track Ireland activities – an investment that is wind in the sails for ambitious plans to scale-up HIV testing, linkage to preventative and therapeutic care, and eliminate the barrier that AIDS-related stigma continues to represent almost four decades into the global HIV epidemic.”

Bernard Condon SC, Chairperson of HIV Ireland, said: “We warmly welcome the Government’s commitment to Fast Track Cities, and acknowledge the Taoiseach and Minister for Health’s role in bringing us to this important point. This step has the capacity to make a real and significant impact in people’s lives. HIV Ireland and our colleagues across the country will play our role in helping Ireland meet its commitments to reduce new HIV infections, increase testing and tackle stigma for people living with HIV. We are proud that our country is committing to these goals.”

Fast-Track Cities is a global partnership between almost 300 cities and municipalities, the International Association of Providers of AIDS Care (IAPAC), the Joint United Nations Programme on HIV/AIDS (UNAIDS), the United Nations Human Settlements Programme (UN-Habitat), and the City of Paris that are collaborating to reach zero new HIV infections, zero AIDS-related deaths, and zero HIV-related stigma/discrimination. The initiative was launched on World AIDS Day 2014 in Paris.