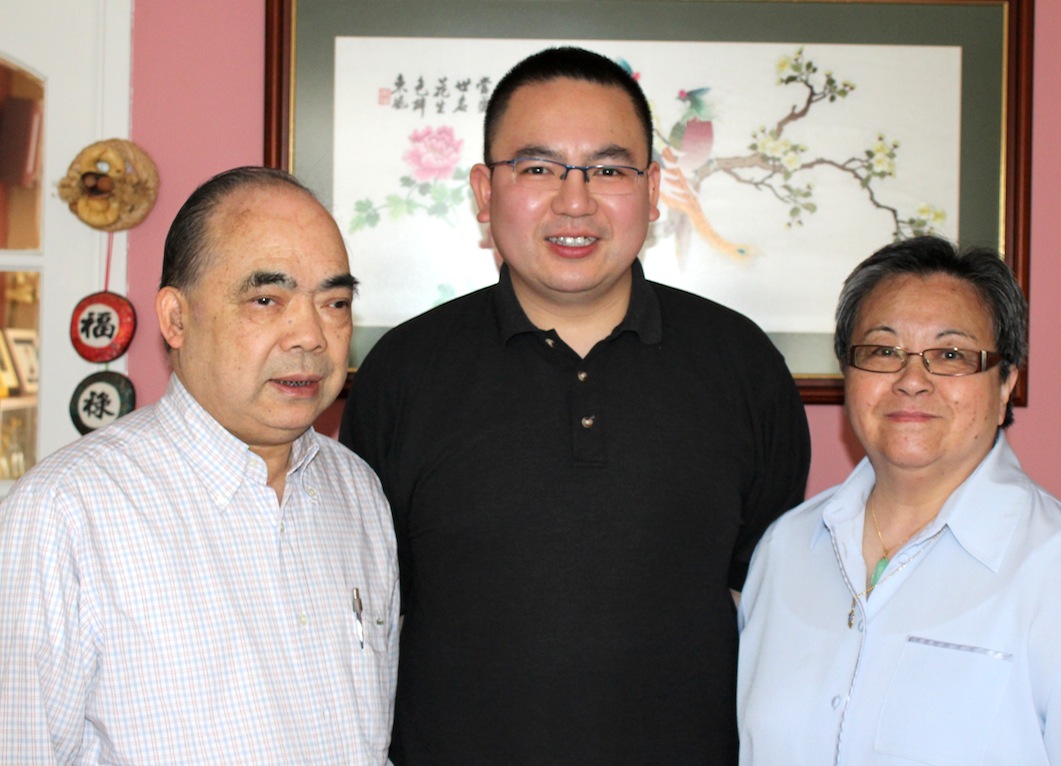 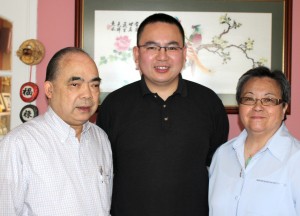 “The Hong Kong” on William Street was the first Chinese restaurant in the Treaty City and the then Mayor of Limerick Francis Condell herself came for the grand opening. Originally named International Chinese Restaurant, it was opened in 1962 by Mr. and Mrs. Choi who sold it to their close friend’s the Lee family and the restaurant was then renamed the Hong Kong Chinese Restaurant. The Lees had come to Ireland from Hong Kong after travelling to many diverse places such as Australia but they settled here on the Emerald Isle because they liked how friendly and welcoming the Irish were. The restaurant was a place of refuge for Chinese immigrants to the Munster region and a stepping stone for students who pursued their studies in N.I.H.E (now the University of Limerick). To this day the Lee family is still serving its famous special curry loved by the people of Limerick. The Hong Kong has fifty years of memories here in Limerick and the staff relish at stories of how their customers’ grandparents used to bring them there and now they are bringing their own children. The Hong Kong graciously thanks their loyal customers for being there with them for fifty years and hopes for fifty more and invites you to share stories with them in person or send them a message on Facebook at www.facebook.com/HKCRLimerick. Call them at 061 – 411505. 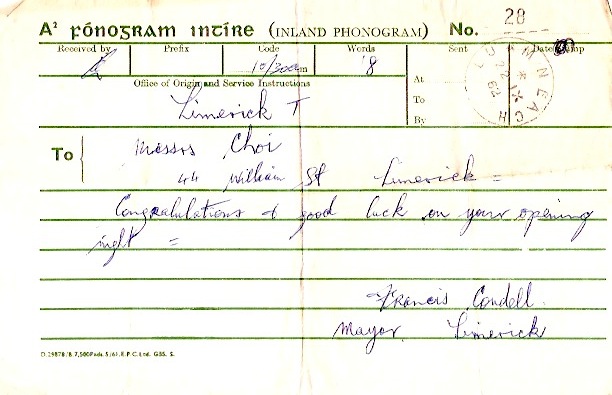 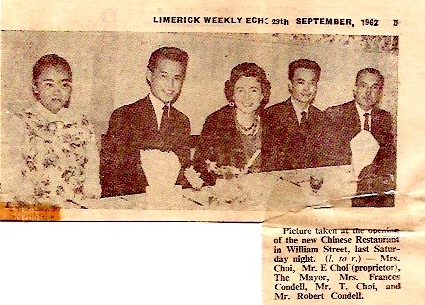 A newspaper clipping of the Opening of the restaurant in 1962 of Salina Choi, her husband (now deceased), and the Mayor of Limerick – Francis Condell.