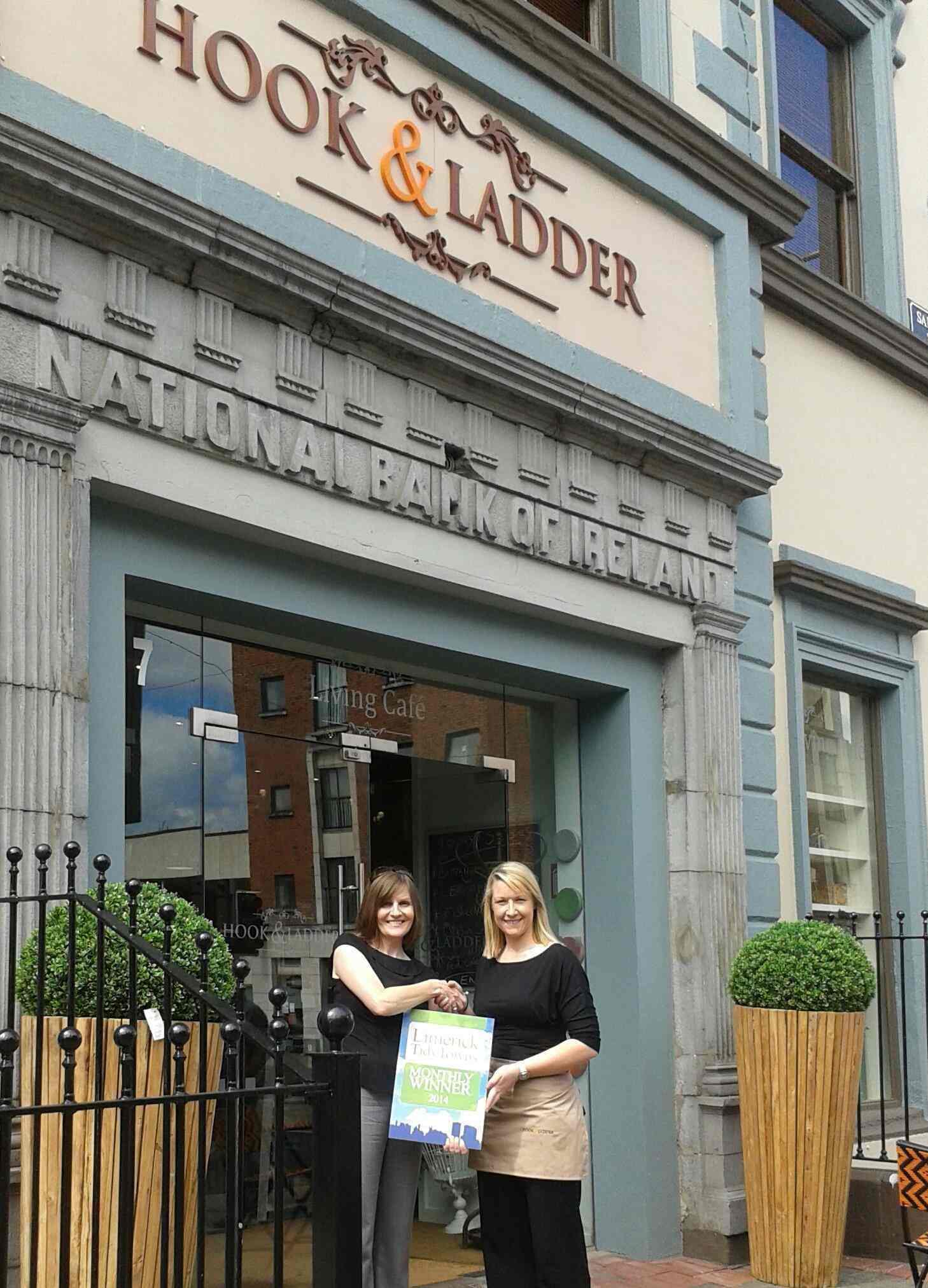 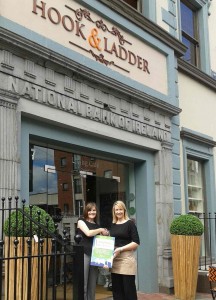 Pictured: Manager of Hook & Ladder, Aisling Meehan, being presented with the Award by Maura O’Neill of Limerick Tidy Towns outside the café.

Congratulations to the recently opened Hook & Ladder on winning the Limerick Tidy Towns Monthly Award for June. The picture shows the Manager of the Sarsfield Street unit Aisling Meehan being presented with the Award by Maura O’Neill of Limerick Tidy Towns outside the property. Maura from Tidy Towns says “Hook & Ladder has given a much needed lift to Sarsfield Street and the surrounding area since it took over the former National Bank of Ireland premises and opened its doors to the public last month. Since then the café has been a hive of activity and a highly popular addition to the city centre, not just for its high-spec refurbishment and very attractive frontage, which is obviously what appealed to the Tidy Towns team, but also obviously for the quality of its product. Their basement in particular is a welcome transformation as we have memories of cleaning it out before Hook & Ladder took over the premises and never dreamt it could look as good as it does now.”

The concept of Hook & Ladder was developed by the Moloney Family from Limerick. It prides itself on high quality products but also offers something different in terms of an overall experience. Customers can relish the store’s delicious café offerings, avail of free wifi and newspapers in a relaxing environment, buy locally sourced produce from the Artisan display, purchase a distinctive and inspiring range of occasional furniture, soft furnishings, lamps, gifts etc, all with the help of expertly trained staff. In addition, Hook & Ladder also offers cookery courses for both individuals and groups which are proving very popular. You can find more information at www.hookandladder.ie, call 061 413778 or simply drop in for a coffee at 7 Sarsfield Street.

Hook & Ladder is the sixth monthly winner of the Limerick Tidy Towns award, with winners so far for 2014 being Lucky Lane for January, Chicken Hut for February, Frances Twomey & Co Solicitors for March, The Copper Room for April and St Joseph’s Church grounds in May. An overall winner will be chosen from the 12 monthly winners at the end of the year. To be in with a chance to win, businesses or private individuals simply need make a special effort to improve the city’s appearance by starting with their own.