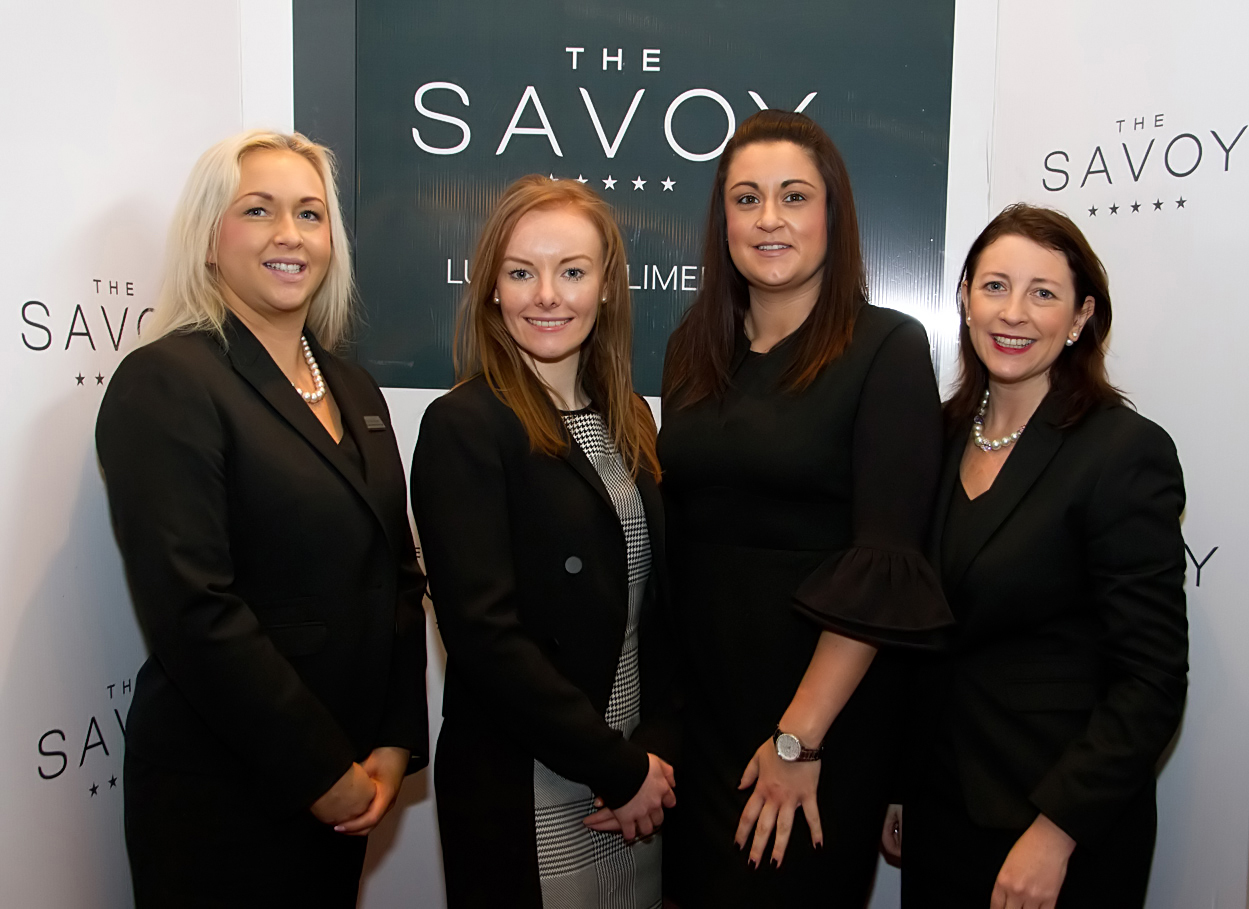 Humanitarian Maureen Forrest and Limerick author Moira Geary will be among this year’s guest speakers at the The Hope Foundation Womens Day Luncheon 2017.

The luncheon will take place from 12 pm Friday, March 3rd at The Savoy Hotel in Limerick.

The annual fundraising luncheon is organised around International Women’s Day to highlight the role of women in society, raise awareness for marginalised women across the world and to be a voice for the voiceless.

RTE  Presenter Ruth Scott to MC at the annual International Women’s Day luncheon in aid of The Hope Foundation. Ruth will act as master of ceremonies at this unique annual luncheon, now in its third year. Ruth is a well known and respected face on RTE and a 2fm presenter for almost 20 years. She began her career at Limerick’s own 95fm and has since become a household name in kitchens, offices and cars around the country. Ruth also writes for national publications, presents weekly on The Today Show and is a panellist on Midday.

This year, author and 2016 Image businesswoman of the year nominee Moira Geary will join founder and Hon. Director of The Hope Foundation Maureen Forrest as a guest speaker on the day. Moira Geary, The Recombobulator, has become a well-known and well-respected face and voice in media, Moira has helped thousands of people all over the world achieve extraordinary results both personally and professionally working with some of the world’s leading mind experts including Paul McKenna and Richard Bandler.

Speaking at the launch of the event Moira discussed her passion for connecting people: “The Hope Foundation do amazing work with the most underprivileged children in Calcutta. I am delighted to be supporting them and am honoured to have been invited to speak at this wonderful event, which raises much-needed funds for their incredible work. It is important for women of all walks of life to connect with and support one another. This event will provide women in the mid-west with the opportunity to do just that” said Moira.

Founder and Hon.Director of The Hope Foundation Maureen Forrest, who aims to raise awareness for the rights of women to health care and equality, will also speak on the day. Following extraordinary encounters in the early 90’s in Somalia, Rwanda and Kolkata Maureen returned to Ireland determined to fundraise for one protection home for girls and set up The Hope Foundation in 1999. Since then her dedication, passion, drive and commitment has inspired thousands of people all over the world to fundraise for Hope’s projects and to visit Kolkata. Maureen is very passionate about the inspiration behind the luncheon.

“India is the most dangerous place in the world to be born a girl. Women and girls are subjected to female infanticide, rape, domestic violence, dowry deaths by burning, human trafficking and forced prostitution, teenage marriages and honour killings. To help promote gender equality and access to healthcare for all women regardless of where they happen to be born, we must unite with them to fight for a world where each man, woman and child gets equal justice, equal access to healthcare, equal opportunity and equal dignity, without any discrimination. We are really looking forward to the event in the beautiful five-star Savoy Hotel on the 3rd of March and to meeting all the amazing women (and hopefully a few brave gentlemen!) who will be joining us. The support from people who have booked tickets so far and the prize sponsors including The Body Shop, The Savoy, Grant Thornton to name a few, has been overwhelming”.

The luncheon, which is one of only a handful of events in Ireland featured on the official International Women’s Day  Day Itinerary on www.internationalwomensday.com, will begin with a prosecco reception at 12 pm followed by an elegant three-course lunch with wine. There will be a luxury gift bag for all guests, superb table prizes and is a guaranteed wonderful day out for all attendees.

Tickets for the event are €75 and are limited, with proceeds from the ticket sales going to benefit the street children of Kolkata (formerly Calcutta) with whom The Hope Foundation work on a daily basis.

To read more about The Hope Foundation click here

To read more about fundraisers in Limerick click here