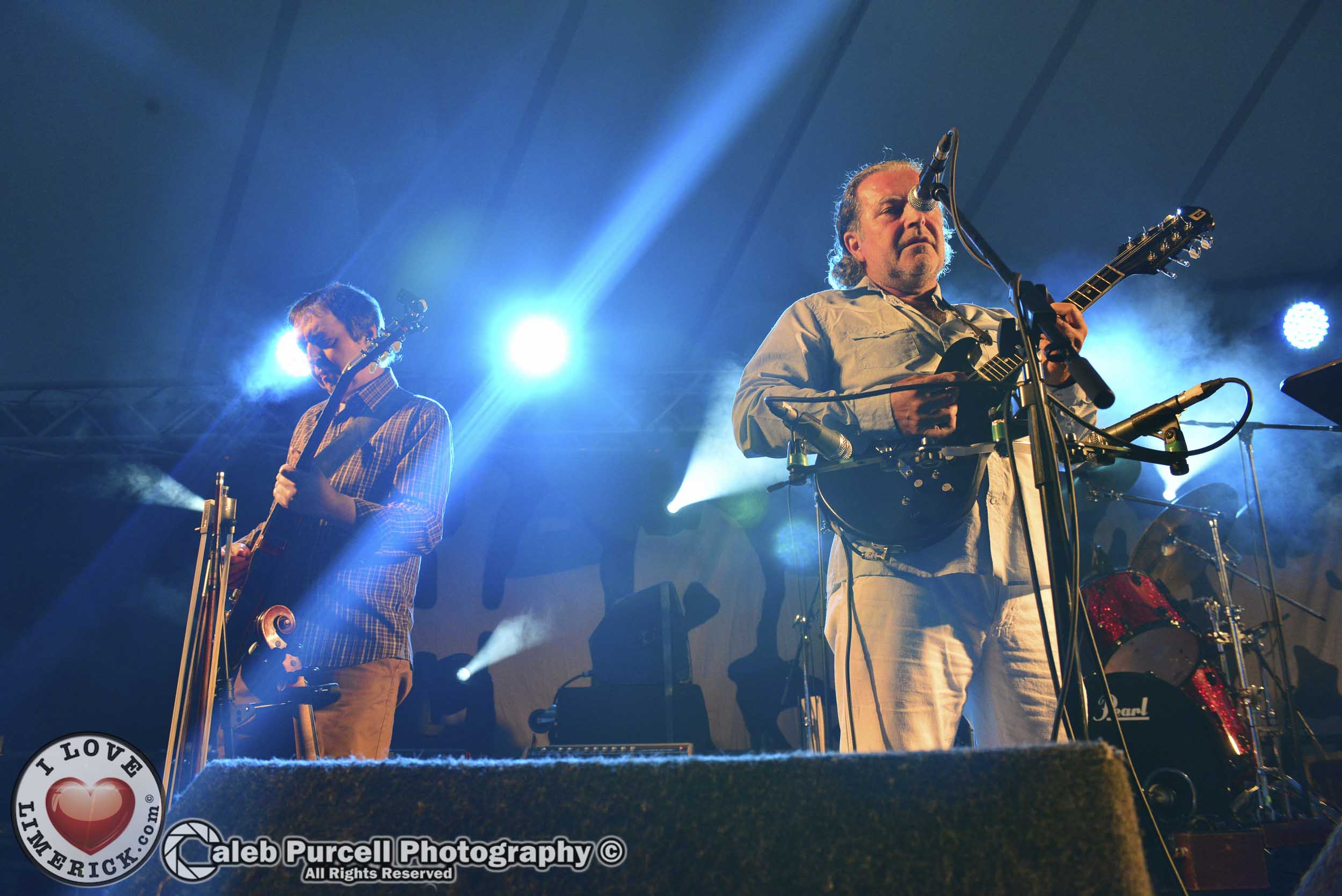 PHOTOS – Horslips at the Big Top

Legendary Irish trad-rockers Horslips played a Live at the Big Top gig in the Milk Market and is was the first gig the Celtic prog-rock band played in Limerick in 35 years! The gig, presented by Rapparee Productions in association with Dolan’s, is to kick start the Sarsfield’s Day Festival taking place in the city all weekend, and is also being backed by Limerick City of Culture. Huge interest was anticipated in the gig given Horslips’ guitarist Johnny Fean spent his formative years in the city and lives in Shannon. A recent publication called Tall Tales by Mark Cunningham documents the history of the band, from foundation to break-up in 1980, during which they played some 2,000 gigs and released ten albums makes for interesting reading. An accompanying online listing of gigs reveals that, in Limerick, while they played the Savoy regularly, they also played the City Theatre, the Stella Ballroom and the Jetland and, somewhat unlikely now to think, the Confraternity Centre on January 6, 1972. The last gig listed on the website is April 29, 1976, in the Savoy.

Horslips released some ten albums in eight years, plus two live albums, an “incredibly productive and intense period” as Johnny recalls it. They include 1972 debut Happy to Meet – Sorry to Part, The Táin, Dancehall Sweethearts, The Book of Invasions and Aliens – the latter which Johnny and Barry agree is their best album.