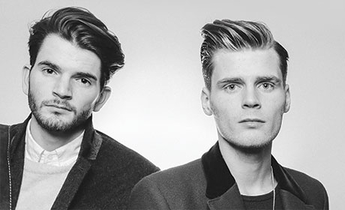 Dublin folk duo Hudson Taylor are due to play Limerick’s very own The Big Top on Sunday, April 1, 2018. This will not be the band’s first time playing Limerick, as they have previously graced Dolan’s pub among other venues. Nonetheless, there is a lot of excitement surrounding the event. It is sure to be a packed-out night to remember.

The folk, singer-songwriter duo was formed by brothers Harry and Alfie Hudson-Taylor from Dublin. They grew up in a very musical background; their father was also a musician and their mother was a dancer. The boys started busking at a young age, originally going by the name Harry & Alfie. They slowly but steadily built up their music career together. The pair released three EPs before even signing to a record company; ‘Battles’, ‘Cinematic Lifestyle’ and ‘Osea’. ‘Battles’ peaked at number one on the Irish iTunes charts. It also reached number fourteen on the UK iTunes charts, being met with critical acclaim.

The band signed to UK record label Polydor Records in 2013. Through this label, they released their first full-length album, ‘Singers for Strangers’. ‘Singers for Strangers’ peaked at number three in Ireland and number twenty-four in the UK. The album featured the single ‘Chasing Rubies’. In 2016, they signed with Irish record company Rubyworks. This company also signed famed Irish artist Hozier.

Hudson Taylor are expected to give an outstanding performance as always when they play The Big Top on April 1st. The venue has had the privilege of hosting many other unique and talented musical acts throughout the years, including Imelda May, Bressie, the Coronas, Calvin Harris and the Riptide Movement. Hudson Taylor will also be playing multiple other venues around the country.