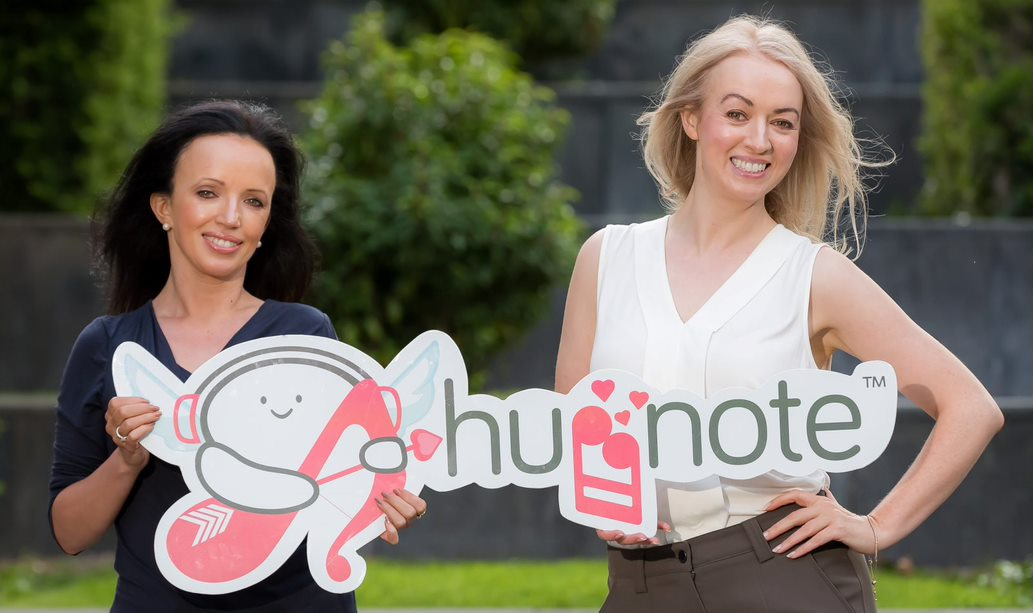 Huggnote was the first Irish start-up to be selected as a finalist for the show, which reaches 100 million homes around the world.

Limerick startup Huggnote has won the top prize of $50,000 on a major US TV Show. A messaging app that turns songs into virtual ‘huggs’, Huggnote was the first Irish start-up to be selected as a finalist for the show ‘Two Minute Drill’, which airs on Bloomberg TV and Amazon Prime – reaching 100 million homes around the world.

Limerick City sisters Jacqui and Perry Meskell have found great success with Huggnote, winning numerous awards such as Google’s Adopt a Start-Up, National Start-Up Awards and the Mozilla Builders Award for companies with the potential to ‘fix the internet’. The app is used in 205 countries across the globe.

‘Two Minute Drill’, which is hosted by world-renowned entrepreneur, investor, and best-selling author David Meltzer, saw Jacqui Meskell compete against four other entrepreneurs from a host of industries. Each entrepreneur has just two minutes to deliver a pitch that convinces four esteemed judges their business has what it takes to become the next big thing.

During her pitch, Ms Meskell stressed Huggnote’s strong traction and global user adoption. However, she felt that on the night she didn’t get to fit everything in.

“It’s definitely a lot harder than it looks! Trying to cover all key elements of the business, while fighting a ticking clock on live TV is a lot of pressure. And then of course there’s always the possibility you’ll be torn apart by the panel – so it’s not for the faint-hearted,” said Ms Meskell.

Contestants have 2 minutes to pitch with the best pitch winning over $50k in cash and prizes!

We are very proud to be the first Irish Company to be selected as a finalist!#huggnote #hustle pic.twitter.com/J56ZDmFis8

“I’m so proud of Jacqui and delighted the judges were so impressed with Huggnote. It’s the best possible introduction not only to new audiences of users across the US and indeed globally, but the start-up ecosystem at large in the States.”

Jacqui came up with the idea for Huggnote when a friend of hers was going through a tough time, but she couldn’t be near her to give her a hug. She credits the support of Limerick City in helping Huggnote achieve success.

Speaking to I Love Limerick, Jacqui said, “If rearing a child takes a village, then building a start-up takes at least a city – and there’s no better one than Limerick.

“The support locally means so much – of course from family and friends but really right across the board – whether Limerick Chamber who awarded us ‘Best Emerging Business’ last year, the local LEO who are always there for us, local startup-grind and of course the media – including I Love Limerick – the best cheerleader a city could hope for!

“But especially the people of Limerick generally. Often we’ll be queuing for coffee or something and someone we don’t know will pass by and say ‘fair play to ye anyway’ and it always makes our day and helps us to keep going. We’re a tribe here in Limerick and that makes us so proud.”

To use Huggnote to send songs as virtual huggs, go HERE

New Lidl Corbally store will create 30 jobs in the locality