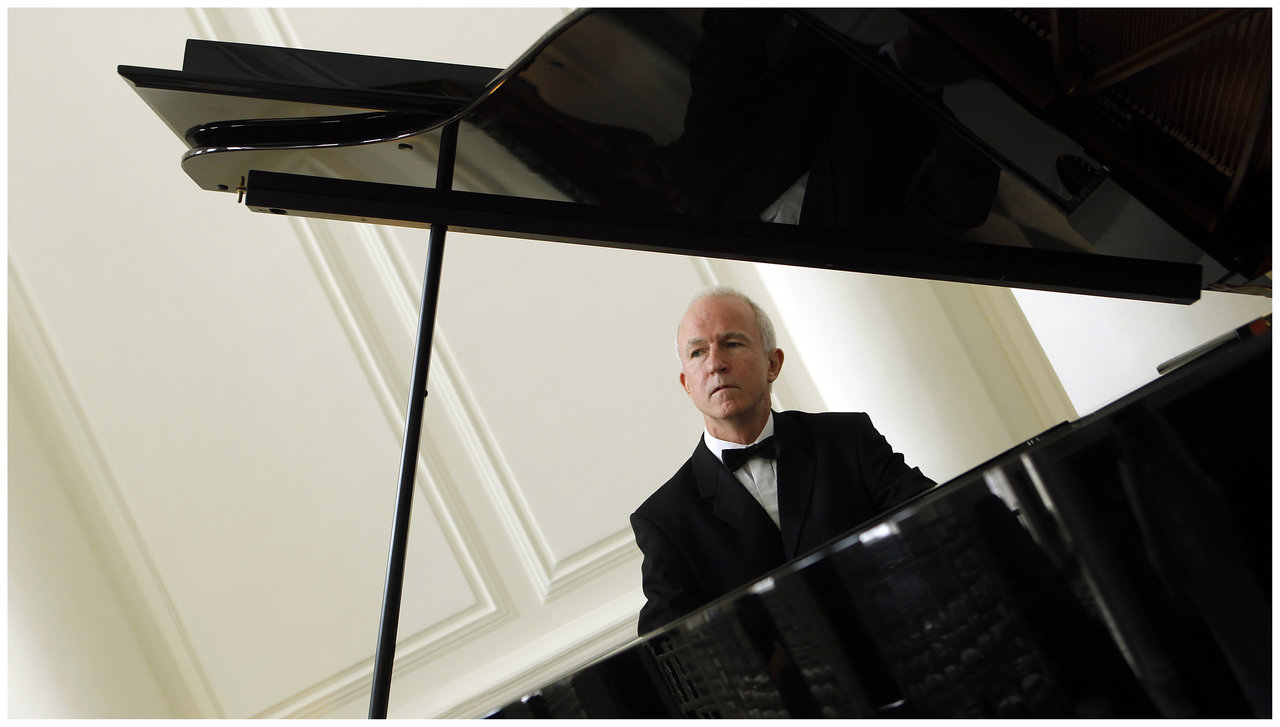 Hugh Tinney will perform in the beautiful surroundings of All Saints Church in the County Limerick village as part of his 60 Birthday Tour of Ireland.

It will be celebrations all around as one of Ireland’s greatest pianists brings this year’s Castleconnell Autumn Series of classical music to a close on Tuesday 27 November 2018.

Hugh Tinney will perform in the beautiful surroundings of All Saints Church in the County Limerick village as part of his 60 Birthday Tour of Ireland.

His concert will close this year’s Music Series, which has already seen Gavan Ring and Santa Ignace, Victoria Massey and Pádhraic Ó Cuinneagáin and the Amatis Piano Trio thrill audiences with their wide-ranging repertoires in August, September and October.

Hugh brings together core piano composers – Beethoven, Chopin and Schubert – and two outstanding present-day composers, Belfast-born Ian Wilson and the celebrated British composer Thomas Adès.  The programme’s balance of “old and new” is united by a strong thread of human emotion in the face of life’s joys and sorrows.  Dark musings of Wilson on Christ’s trials and of Adès on Dowland’s celebrated lute song on spiritual “Darknesse” are balanced against mainly joyous mature works of Beethoven and Chopin, culminating in Schubert’s iconic final Sonata which balances light and dark before strongly asserting joy in its final two movements.

All Saints Church will be 11th of 12 venues Hugh Tinney will tour to celebrate his 60th birthday.  He is one of Ireland’s most celebrated concert pianists and has toured more than 35 countries since winning first prize in the 1983 Pozzoli and 1984 Paloma O’Shea piano competitions in Italy and Spain.

A prize in the 1987 Leeds Piano Competition earned him a busy career in Great Britain. Hugh has made a major contribution to Irish concert life for over thirty years, including multiple solo recital series, chamber music series, and frequent concerto appearances with the Irish orchestras.

Artistic Director of the Music in Great Irish Houses Festival from 2000 to 2006, he is currently joint Artistic Director, with his duo partner violinist Catherine Leonard, of the Westport Festival of Chamber Music.  He teaches at the RIAM. He was awarded an Honorary Doctorate in Music by the National University of Ireland in 2007.

As with all concerts in the 2018 Castleconnell Autumn Series, Hugh’s concert will once again be introduced by Liz Nolan from RTE Lyric fm, who will give an overview of each of the concerts and what the audience can expect.

Sheila Deegan, Arts and Culture Officer with Limerick City and County Council said: “We are delighted to bring Hugh Tinney, one of Ireland’s greatest pianists, to Castleconnell, as a part of his 60th Birthday tour. The programme includes Beethoven, Chopin and Schubert, alongside contemporary composers Ian Wilson and Thomas Ades, in an intimate concert, in the beautiful surroundings of the historic All Saints Church. The Castleconnell Autumn Concert Series is a part of the Limerick Culture and Arts Department’s programmes to bring excellent music to audiences, with funding from The Arts Council.”

Madeleine Flanagan of Classicallinks added: “Classicallinks is delighted to be working in partnership with Limerick Culture and Arts Department to bring Hugh Tinney to Limerick. The Castleconnell Autumn Concert Series always gets a lovely audience and the Church has a lovely acoustic and atmosphere.”

Ticket details for the final concert in the Castleconnell 2018 Autumn Concerts Series programme at the All Saints’ Church are €15 (available at the door prior to each performance, €10 concession.)

The Castleconnell Autumn Concert Series is a Limerick City and County Council Culture and Arts Department initiative in collaboration with the Castleconnell Concert committee and is supported by the Arts Council.

Related Topics:CastleconnellHugh Tinney
Up Next