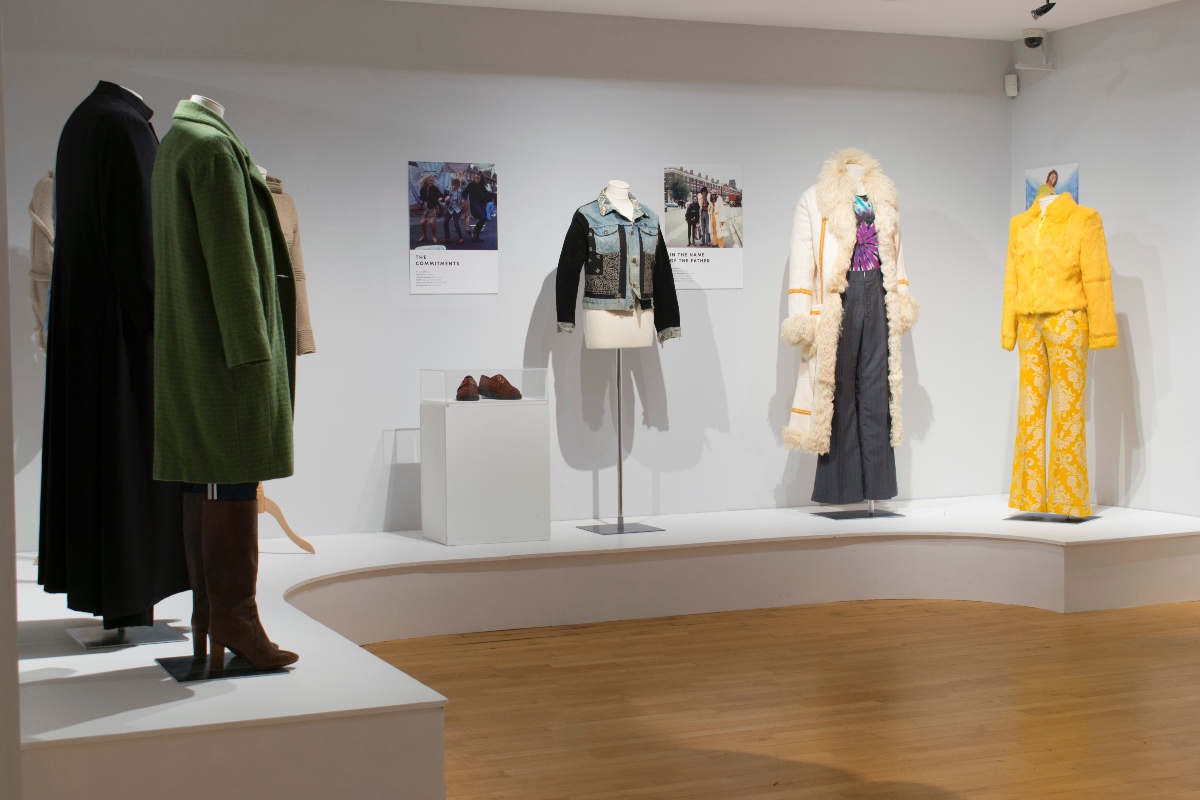 3 July 2020: The stage is set and the red carpet has been rolled out as The Hunt Museum opens its doors and welcomes the public back after 16 weeks of closure with the news that ‘Best Costume Goes To…’ is staying until 14 November. To mark the re-opening, two new costumes have been added to the exhibit; a dress worn by Meryl Streep playing the character Kate Mundy in Dancing at Lughnasa and an outfit worn by Angela Lansbury in the 2017 TV Series Little Women.

Jill Cousins, Director of The Hunt Museum explains, “The response when it opened in February was incredible, but many people had to cancel their planned visits due to the lockdown and were extremely disappointed to have missed the exhibition. Knowing that it has such mass appeal, we’re delighted that Irish Costume Archive Project has agreed for it to remain in Limerick so that people get another chance to explore these famous costumes.”

The interest in this exhibition goes beyond the general public with Neill Jordan attending the official launch event and Lenny Abrahamson, Director of Room and Normal People, endorsing it this week saying: “I’m delighted that the Hunt Museum and the Irish Costume Archive Project have chosen to include costumes worn by Jake and Brie in ROOM. The whole exhibition is fascinating and I‘m proud that something I made is represented there.”

A joint curation with the Irish Costume Archive Project, ‘Best Costume Goes to…’ tells the story of the relationship between the actor, their costume and the character they portray, as well as the story of the growth of the Irish Film Industry.  On display are 35 iconic costumes from films and TV series like My Left Foot, In the Name of the Father, Michael Collins, Breakfast on Pluto, Tudors, Room, The Favourite and Braveheart.

In creating the storyline for the exhibition, Eimer Ní Mhaoldomhnaigh, costume designer and co-founder of the Irish Costume Archive Project, commented, “A character does not exist without a script, and a character does not take physical form without a costume. The finest costume design is grounded in detailed research and the collaborative process between designer, director and actor.”

Speaking about the reopening, Jill Cousins said “We had a fantastic response to our ‘Museum from Home’ virtual experience, but after 16 weeks of closure we’re very happy to open our doors again and invite everyone in to enjoy the real thing. We look forward to welcoming you all and especially encourage a visit to the marvellous Best Costume Goes To… exhibition, which we have been so fortunate to retain.”

Costumes from Dancing at Lughnasa and the 2017 TV Series Little Women.

“We’ve put many measures in place for the safety of staff and our visitors with an eye to keeping an entertaining and enriching visitor experience,” she continued.

As well as limiting the number of visitors to 70 at any given time, two metre social distancing measures are in place throughout the gallery with one-way routes to ensure people remain distanced from each other. Automatic doors, hand sanitizer stations, additional bins, increased regular cleaning and limited numbers will all contribute to the safety of visitors.

Outside, the museum’s garden is open to everyone and the ground has been marked with white circles to visually represent social distancing – picnicking, playing and lounging are all welcome!

Due to the restriction on the number of visitors who are allowed entry into the museum at any one time, visitors are encouraged to book tickets and time slots online to avoid queues.

The Hunt Museum exhibits one of Ireland’s greatest private collections of Art and Antiquities, dating from the Neolithic Period to the 20th century. Generously donated by John and Gertrude Hunt to the people of Ireland, this diverse collection is now housed in Limerick’s 18th Century Palladian style building, formerly The Custom House.

About the Exhibit: ‘Best Costume Goes To…’

‘Best Costume Goes to…’ is an exhibition which explores the relationship between actors, costumes and the growth of the Irish film industry. A joint curation with the Irish Costume Archive Project, the exhibition looks at how costume co-creates the character.  In all, 33 costumes representing 19 films and TV series are on display, some of which have been Oscar nominated. See full list below.

For more information on the Hunt Museum, click here