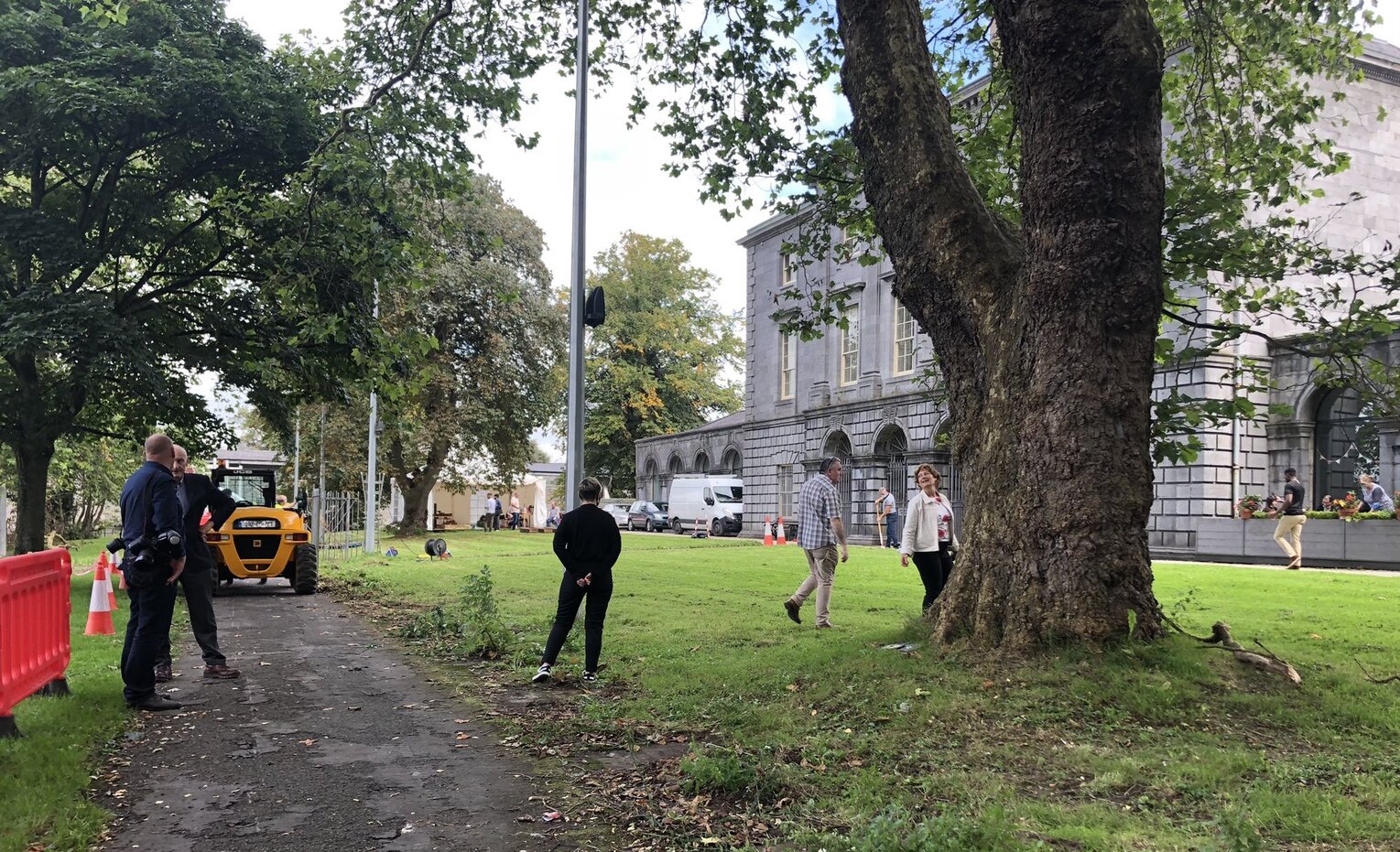 A big step has been made in the new Hunt Museum Garden renovations earlier this week as the railings surrounding the site were removed on Tuesday 15 September.

Staff from United Metal Recycling joined the museum’s chairman John Moran and other staff on-site to see the barriers being removed.

In the coming months, plans have been put into motion for a new welcoming garden to be designed, with new trees, a large chessboard, and potentially a memorial to those people who have lost their lives to Covid-19.

A very special personal Limerick moment this afternoon. Ambition realised to see the railings at @HuntMuseum removed to open up our lovely garden. Connecting the museum with the public and removing barriers. Amazing how big the garden looks. Thanks to all who made this possible! pic.twitter.com/VANUIe5phC

The Hunt Museum called this initiative ‘Fund A Cobble’. The overall plan is, that using scanning and 3D printing technologies, artifacts within the Hunt museum, hidden in collection cases, will be replicated in large form and installed in their newly landscaped garden, for all ages to play with and enjoy.

The old railings will be taken away to United Metal Recycling’s premises on the Ballysimon Road, where it will be fully recycled and shipped out of Limerick Docks destined for foundries across Europe.

Mr. Moran praised the generosity shown by members of the public to help the museum raise €50,000 for its transformation. Matched funding is also being sought.

Transformations are expected on-site from mid-October, with the garden potentially being open by next Easter.

The Hunt Museum is inviting family and friends of healthcare and frontline workers to donate their Fundit campaign to have their names engraved on a cobble for the garden. Commemorating a loved one with an inscription on a garden box or bench or their own cobble.

It was this which formed the basis of an initial call made to fund cobbles.

John Moran, the Hunt museum Chairman, while on-site to see the barriers taken away said, “Due to the timing of the project, we felt it was really important to mark what has been going on in Limerick and the way communities have come together. So people have funded cobbles to remember front-line workers or those they might have lost. We all thought it was great to go a step forward and think where we’d put a Covid-19 memorial. There’s no better place than right here on the river,”

To donate to the fund cobbles initiative, go HERE

For more stories on the Hunt, museum go HERE