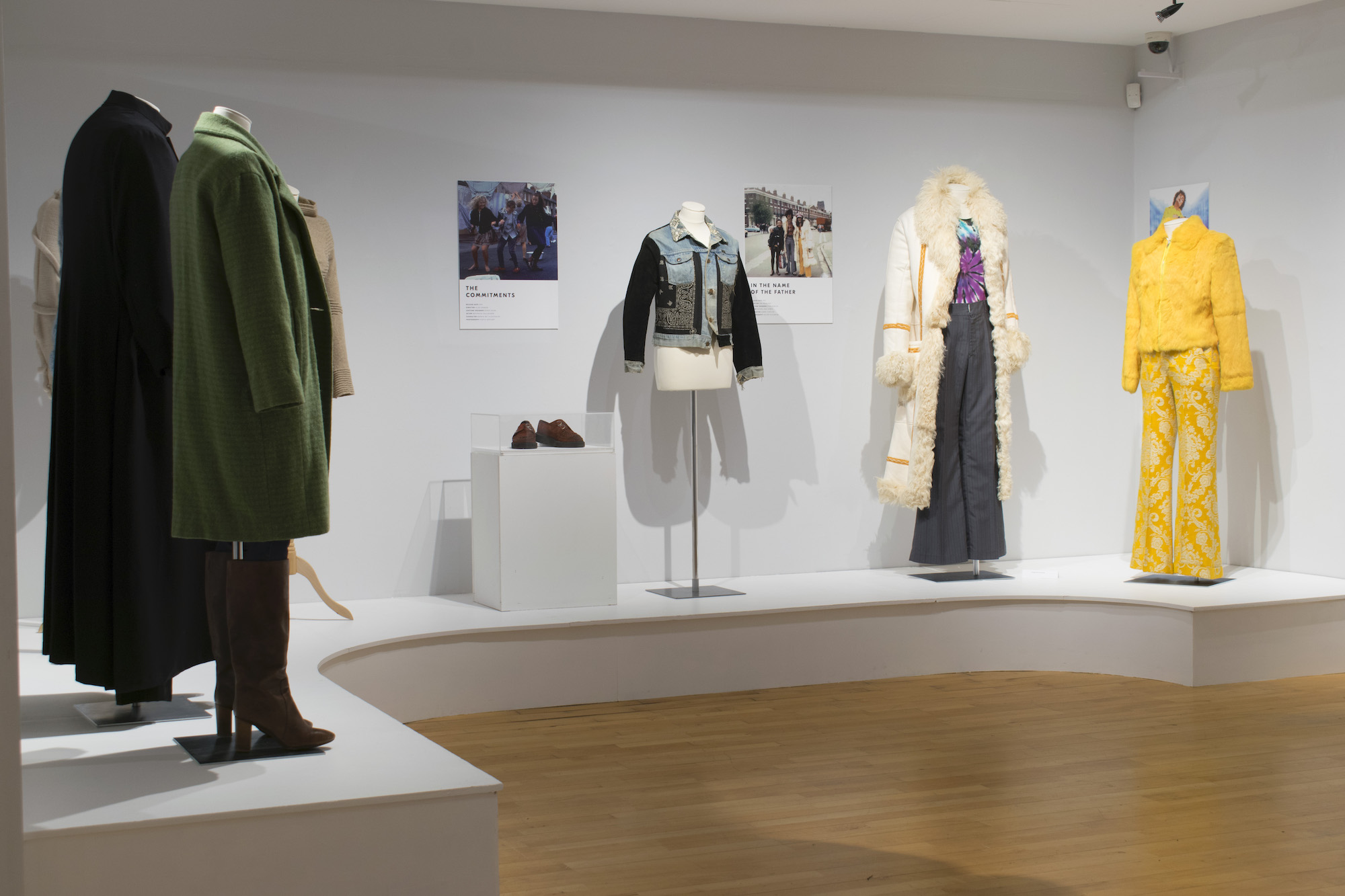 The Hunt Museum, which closed on 12th March until further notice as a result of the Coronavirus, has found a great way to engage and entertain the public. From virtual tours to resources for family entertainment at home, the ‘Museum from Home’ section on the Hunt’s website has something for everyone.

The main feature of the Hunt Virtual Museum, Entwined in the fabric, is an online compliment to the Best Costume Goes To… a hugely popular exhibition held in the Hunt Museum and co-created with ICAP, which had to close early due to COVID-19. Entwined in the Fabric highlights the role of the costume designer and the different processes and techniques of the costume department, using many of the Irish Costume Archive Project (ICAP) costumes exhibited in ‘Best Costume Goes To…’. 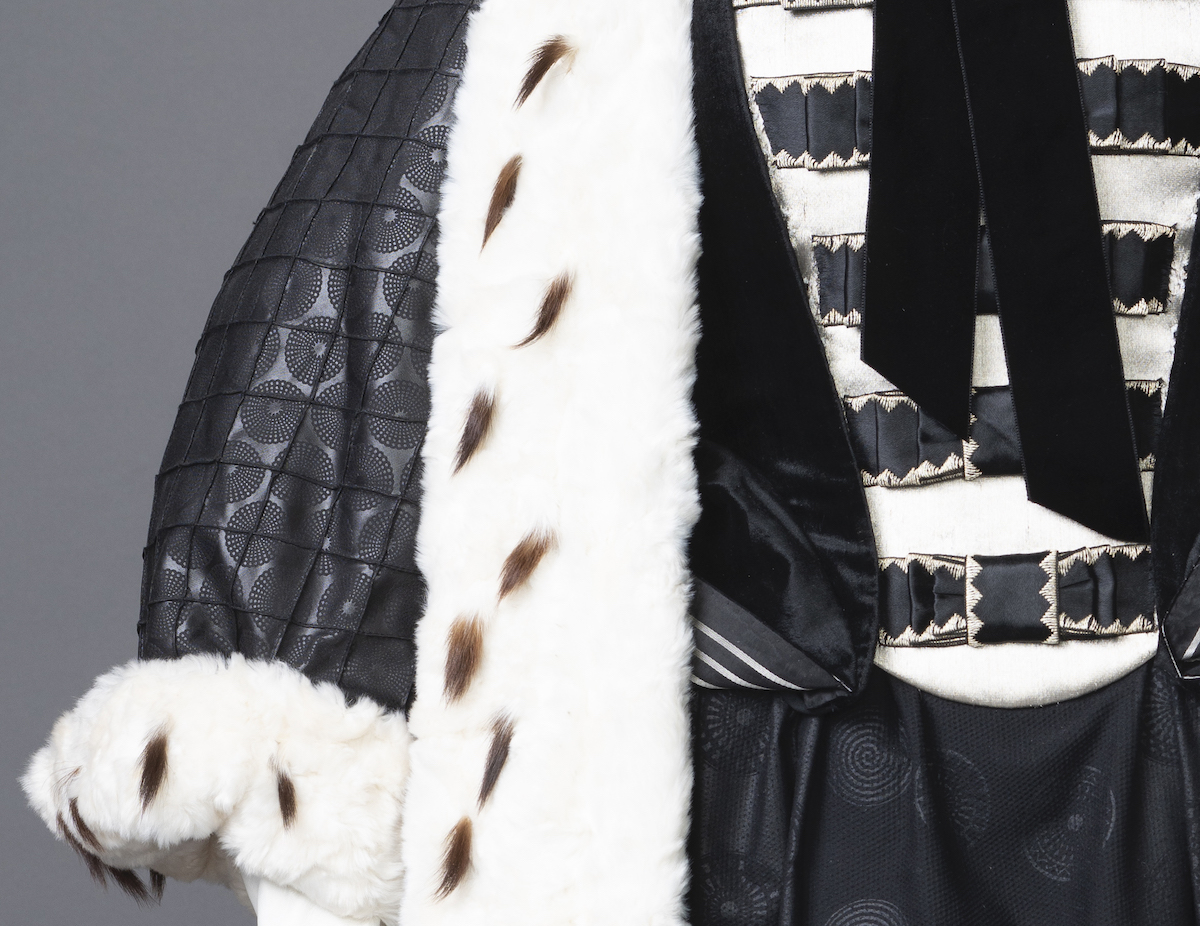 The online exhibit contains rich content that will be of interest to fashion designers and film buffs alike. Vivid images demonstrate the intricate detail of the costumes from films and TV shows such as The Favourite, The Quiet Man, Braveheart, Vikings, and more.  The high-quality images are accompanied with background stories and audio clips narrated by Eimer Ní Mhaoldomhnaigh, costume designer and co-founder of the Irish Costume Archive Project, to give insight into the role of the costume designer and how costume co-creates the character.

Jill Cousins, Director of The Hunt Museum said, “The Best costume Goes To… proved to be a hugely popular exhibit in the 5 short weeks that it had been running. It was due to run until 14th April, so instead of stopping altogether, we decided to look to our digital skills.  This online exhibit explores the inventive and varied techniques used by costume designers and makers. From research on the period to the sourcing of materials and the ageing or enhancing of a costume, Entwined in the Fabric, digs a little deeper behind the scenes.” To access and explore Entwined in the Fabric, click here

The  Hunt Virtual Museum on the website also includes a variety of other activities for people to do from the safety of their own homes:

Sit back and be taken into the world of Costume Design and film with this special Virtual Tour as part of the Best Costume Goes To… The virtual tour is presented by a collection of the Hunt Museums’ docents: Noreen Ellerker & Margaret Walsh.

Learn to work as a team of costume designers for fictional characters who lived in historic Limerick during the Viking, Medieval, and Georgian periods. Take inspiration from the Best Costume Goes To… exhibition and selected Hunt Museum objects. To let your imaginations run wild, click here

A series of colouring books based on the objects in the museum’s collections are available to download to help keep you and your family busy during the next few weeks. To try out the Hunt Museum colouring books, click here

“Our doors may be shut, but we are driven as ever in bringing exciting, cultural, and educational content to pass the time during these difficult times. Our website is an extension of our historical building and allows us to engage with people who we might never have engaged with before,” continued Jill Cousins.

The Hunt Museum exhibits one of Ireland’s greatest private collections of Art and Antiquities, dating from the Neolithic Period to the 20th century. Generously donated by John and Gertrude Hunt to the people of Ireland, this diverse collection is now housed in Limerick’s 18th Century Palladian-style building, formerly The Custom House.

For more information on the Hunt Museum’s ‘Museum from Home’, click here