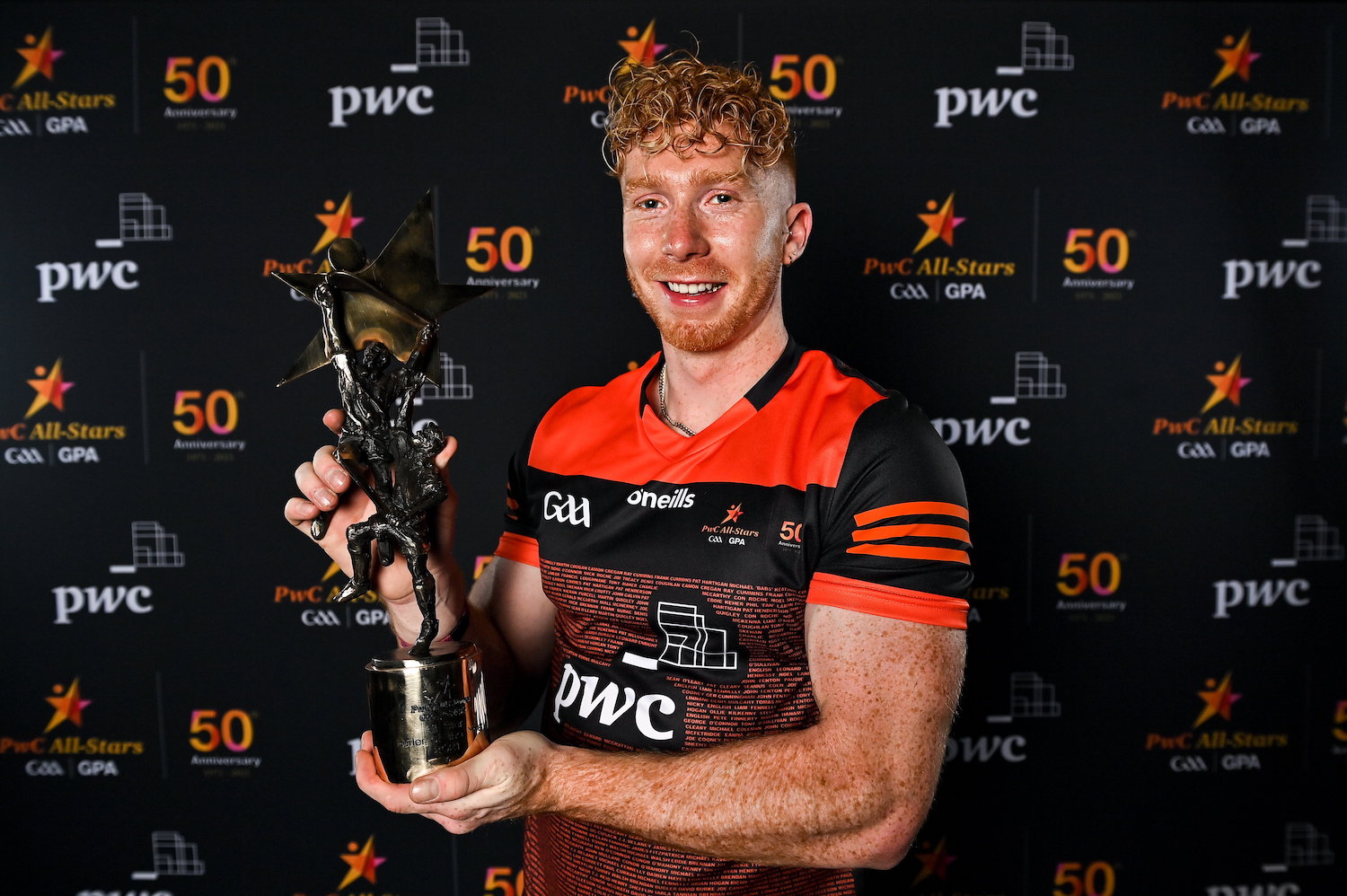 Hurler Cian Lynch of Limerick with his PwC GAA/GPA Hurler of the Year award for 2021 at RTÉ Studios in Dublin. Picture: Brendan Moran/Sportsfile

Limerick’s hurler Cian Lynch has been shortlisted for the RTE Sportsperson of the Year 2021.

This year, the Patrickswell player has already won Hurler of the Year for a second time as well as the PwC GAA-GPA Player of the Year, alongside Tyrone’s Kieran McGeary.

He won Hurler of the Year for the first time in 2018 after proving to be instrumental in Limerick winning the Liam MacCarthy Cup that year, and this year showed that he is only getting better after the Limerick team claimed their third All-Ireland title in fours years after defeating Cork in the decider and won Man of the Match.

Delighted and honoured to be apart of the 50th anniversary of the PWC All Star awards. Thanks for all the kind messages. @pwc_ireland @gaelicplayers #GAA #PWC #GPA #suit pic.twitter.com/aaDlDdlMsX

The RTE Sportsperson of the Year 2021 awards will take place on Saturday, December 18 on RTÉ1 and will be presented by Joanne Cantwell and Darragh Maloney.

For more about the RTE Sportsperson of the Year go HERE

Related Topics:Cian Lynch
Up Next