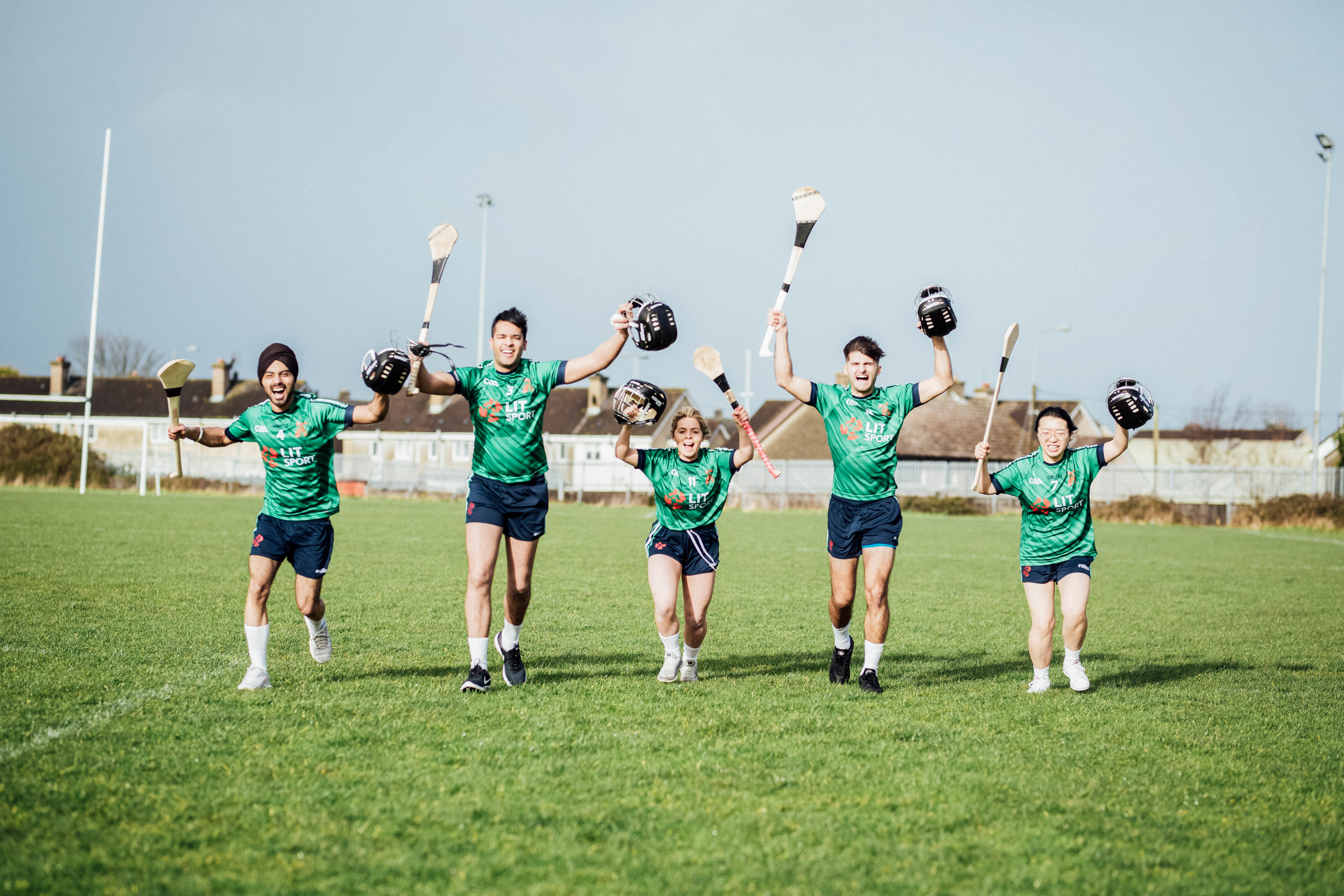 Manjinder Singh – India, Chirag sharma of India, Katie Hennessy – Limerick Camogie Player, Matt Scamuffo of America and Jieyun Lu of China pictured in Limerick Institute of Technology as the launched their Hurling match that will have Over 30 Nationalities lining out for a Guinness World Record Attempt, organised by LIT students. Picture: Brian Arthur

On March 21, more than 1,000 hurlers of all ages will take part in a mammoth hurling match at LIT, Moylish Campus GAA grounds.

Sports Management students from LIT are vying for a double Guinness World Record as they attempt to break the record for the most players ever to play a hurling match, while also setting a new world record for the most nationalities participating in a game of hurling.

Inspired by Limerick’s victory in the All Ireland Hurling Final, the LIT students were determined to keep the hurling euphoria alive and introduce this uniquely Irish game to international students and sport enthusiasts through this one-off event.

On March 21, more than 1,000 male and female hurlers of all ages will gather at LIT, Moylish Campus GAA grounds to break the record set by Meelin GAA Club Co. Cork in 2013 of 911 players in one exhibition game.

The Second Year students from the BA in Business Studies with Sports Management course have left nothing to chance in organising these world record attempts.

While the secondary schools are preparing to send their well-seasoned hurling teams to part take in the world record attempt, students from LIT’s Sports Coaching Development Course are helping to train the primary school teams and the new “international players”.

Ronan Tucker Event Co-Ordinator and Sports Management Student at LIT said, “International students attending LIT have shown a great interest in learning about the game and taking part in our world record attempt This coupled with the huge support we are receiving from the Limerick Language Centre makes us confident of setting a strong record.

“We must have at least 30 players of different nationalities on the pitch at the same time to set the record, but we hope to surpass that number with substitutes. We can substitute a player after 10 minutes, and each player must play for 10 minutes if they are to be included in the world record.”

“We continue to welcome people of all nationalities to take part in the game. Training is provided daily at LIT ahead of the big match. Each participant must have a passport from the country they will be representing or a birth cert stating the country of birth, accompanied by photographic identification, is also acceptable,” he said.

Katie Molloy, Event Co-Ordinator and Sports Management Student at LIT added, “This is a great opportunity for social inclusion and the integration of international students. Many of the international students are demonstrating a flair for hurling having previously played cricket, hockey, basketball and baseball.”

The world record attempt will be monitored by international auditing firm EY, who will validate the counting procedure.

The sliothar will be thrown in at 9 am on March 21 for one of the longest hurling games ever played and with the most players ever to take the field. The celebratory atmosphere on the day will be supported by numerous hurling activities and food stalls.