By Richard Lynch on October 9, 2017@richanthon 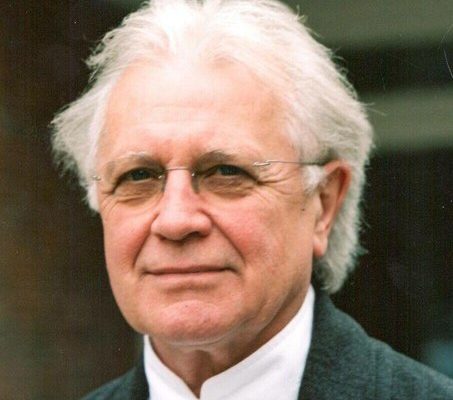 ‘Things Fall Apart’ – But Can the Centre Hold?

Peripherality and Centrality in Ireland and Europe.

In the fifth instalment of the lecture series, Ian will discuss “On the Rim of Reason: The pulse from edge to the centre and out again”.

Ian is going to speak about his own centrality as a renowned architect for glass structures innovation and periphery as a non-institutional architect who has also operated as an engineer, artist and poet, and how these have informed peoples reaction as well as the work.

He will then discuss the challenges facing our professions and touch on the youth of the world, alienation from power, migrating cities in an age of digital connexity with no centre.

The event is in conjunction with the Kemmy Business School, Limerick Institute of Technology, Limerick City and County Council and The Irish Examiner. It is a six-part series of public lectures to be delivered by internationally renowned commentators and thought-leaders in their field.The fifth lecture in the series with Ian Richie will take place on the 12th of October and will be moderated by Professor Vincent Cunnane.

Ian is Visiting Professor of Architecture Liverpool University; Governor of the RSC, and advisor to The Ove Arup Foundation, and Backstage Trust.

He has chaired many international juries including the RIBA Stirling Prize, RIAS Doolan Award and Les Jeunes Albums for the French Government Ministry of Culture.

His practice’s architecture has been shortlisted four times for the RIBA Stirling Prize and the Mies Van der Rohe EU Prize and received over 70 major awards.

He is the recipient of two major innovation Awards – Robert Matthew Commonwealth Award and the French Académie d’Architecture Grand Silver Medal, has written several books and his art is held in several international galleries and museums.

Past speakers in the series include; chair of the Irish Muslim Peace and Integration Council Shaykh Dr Umar Al-Qadri, Jodie Ginsburg, CEO of Index on Censorship and Irish Times columnist Simon Carswell.

The lectures will run on Thursday evenings until October 19 in St. Mary’s Cathedral. Lectures start at 8pm and admission is €12 or concessions €8 per lecture.

Future speakers for the Limerick Civic Trust lecture series are as follows:

For more stories on previous lectures in this series click here