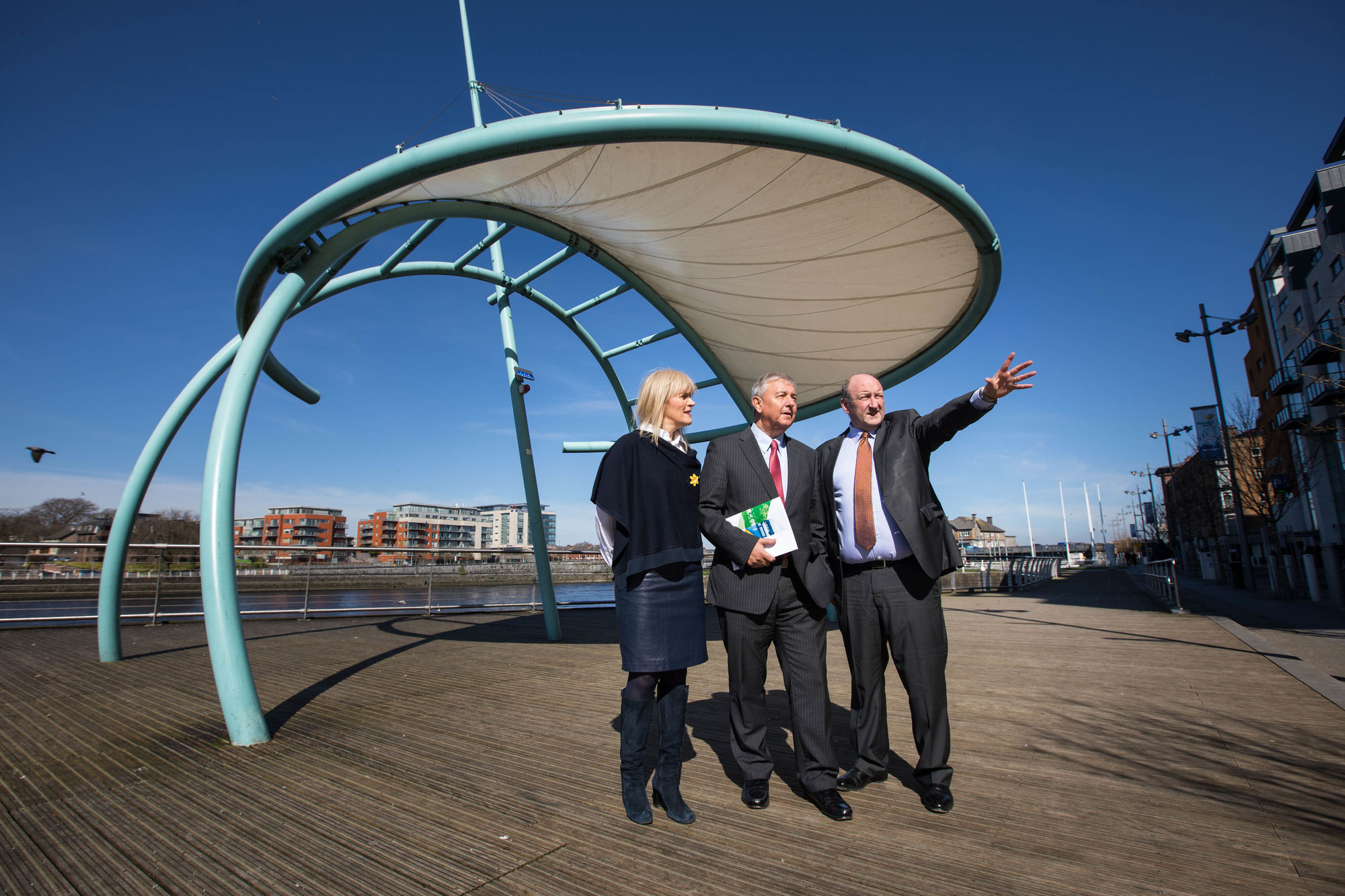 Deirdre Kennedy, Corporate Affairs Manager, IBM Ireland, Country General Manager, IBM Ireland and Pat Daly, Deputy Chief Executive of Limerick City and County Council at the announcement of the IBM Smarter Cities Challenge report.
IBM Smarter Cities Challenge Report is to plot the way forward for the provision of services for older citizens in Limerick. Fifteen recommendations have been made to allow better use of technology to achieve greater results.
A report by worldwide leading technology company IBM has found that Limerick is well placed to understand and address the future needs of its older citizens through the use of innovation and technology.
The report by top experts at IBM has made fifteen recommendations which enable Limerick City and County Council to respond to the needs of older people through better use and management of shared information.
In 2015, following an international competition Limerick was chosen along with seventeen other cities including Athens, Melbourne, Denver and Amsterdam to be part of the IBM Smarter Cities Challenge.
The IBM Smarter Cities Challenge team conducted more than 45 interviews with a number of stakeholders including the Older People’s Council, HSE, Irish Smart Ageing Exchange and the University of Limerick to analyse and define ways in which the city could improve the quality of life and independence of older people through increased connectivity and improved access to key services.
Some of its recommendations include:Create and implement a master data management system to better analyse available data from various agencies involved in the provision of services for older peopleA regional electronic medical records (EMR) system to allow older people to log on and view their medical records, date for prescriptions, doctors’ appointments etcTargetted communications plan beyond digital channels to include as many older people as possible in joining the conversationUse of age friendly technologies to improve quality of lifeIncrease civic participation, improve transportation goals and increase social inclusion through better use of community centres.
Work has already begun on the development of a master data management (MDM) system while a governance system to support the Age Friendly Limerick Strategy is already in place.
Work is in progress on all of the recommendations made by IBM with preliminary discussions to take place about the EMR system with other stakeholders including the HSE.
Mayor of the Metropolitan District of Limerick CLLR Michael Hourigan said: “The experts at IBM have done amazing work as part of the project. The IBM Smarter Cities Challenge report will be an invaluable tool for Limerick City and County Council as it frames its future strategies for the provision of services for older citizens.” 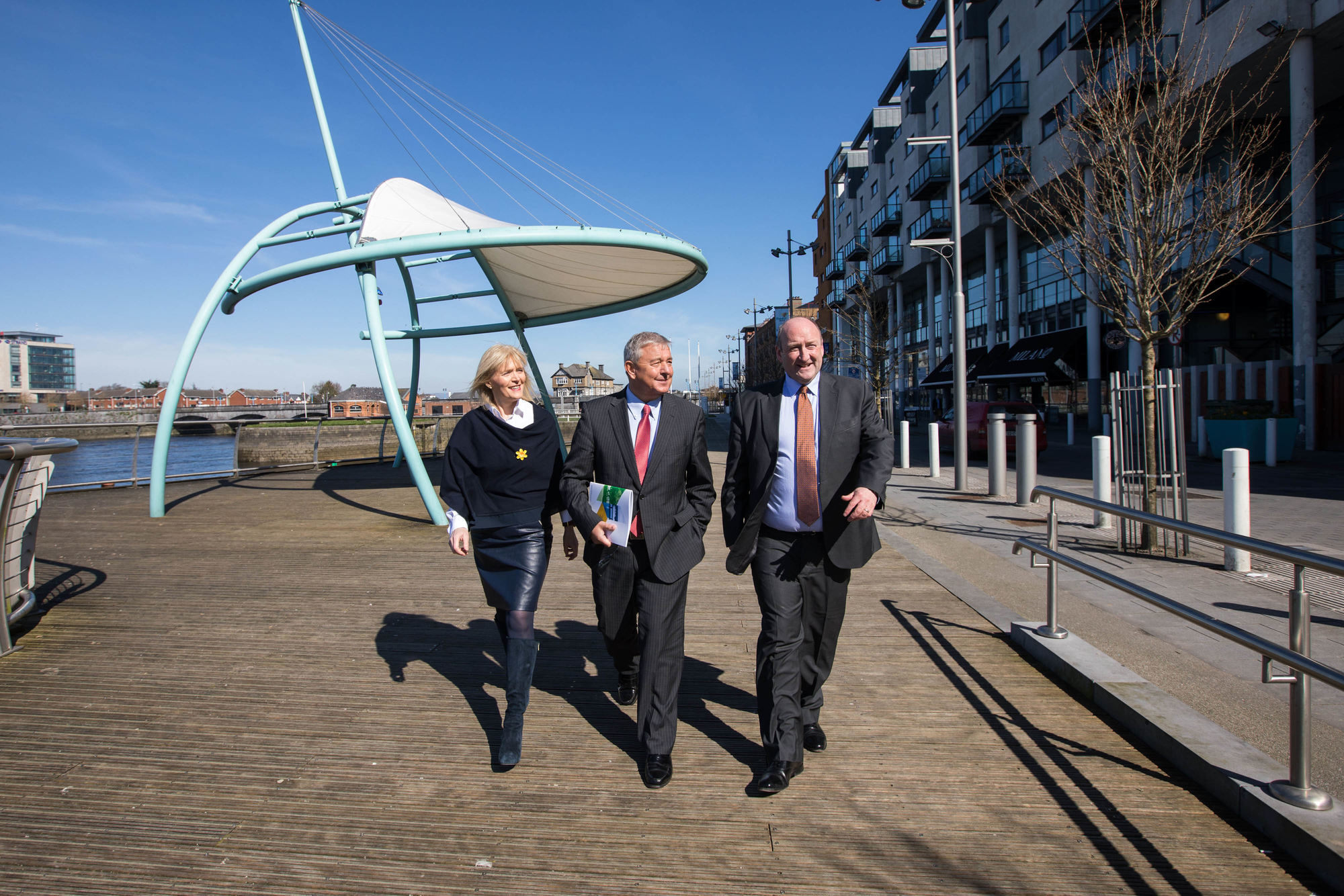 “The use of technology is becoming much more important, but it needs to be user-friendly and design with older people in mind.”“Limerick committed to becoming a Smarter City, Region and Communities that cares for and includes all of its senior citizens in civic life”
Deirdre Kennedy, Corparate Affairs Manager, IBM Ireland said: “Limerick’s passion for its focus on the ageing population was reflected throughout the interviews the IBM team conducted and demonstrated an exceptional commitment to transparency, self-improvement, collaboration and innovation during our research.  It is clear that stakeholders and agencies across Limerick City and County are committed to improving the opportunities and lifestyle for its senior citizens. We were privileged to provide feedback in this report”.
Dr Pat Daly, Deputy Cheif Executive of Limerick City and County Council said: “Limerick has an unusual population demographic in that while almost 50 per cent of the population is under 35 years of age, it also has a rapidly growing population of senior citizens (people older than 65).
“The population of older people in Limerick is predicted to increase from 23,313 in 2011 to over 58,000 by 2036.”
“We will use the recommendations in the IBM as the foundations to develop future strategies in the area of Age-Friendly Limerick and make Limerick an earlier place for older people to live and enjoy themselves.”
To view the report, click here.
For more on Limerick City and County Council, click here.