By Richard Lynch on November 2, 2017@richanthon 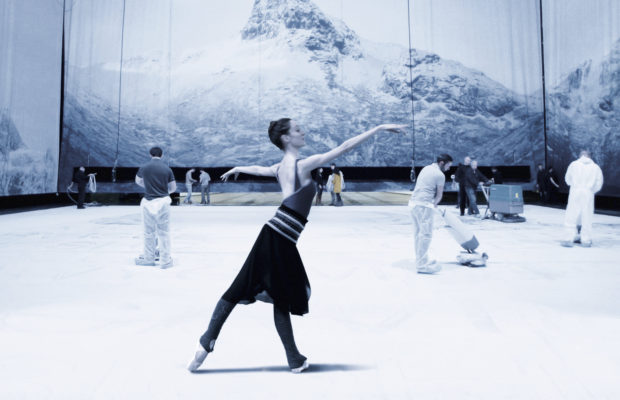 Belltable is proud, for the first time, to present highlights from the Irish Film Institute’s annual IFI French Film Festival. The festival, which will run over the course of three days in November, will showcase a diverse selection of the best of contemporary and classic French filmmaking. Featuring award winning dramas, sparkling comedies and thought-provoking documentaries, the festival provides unparalleled access to one of the world’s great national cinemas. Last year’s festival programme at the IFI included 25 Irish premieres, providing audiences with exclusive, first-look access to a broad range of critically acclaimed films.

Tickets for each film screening are €11 and can be purchased at the Belltable, through their box office on 061 – 953 400, or their website here.

Some of the films that are featured at the IFI French Film Festival are as follows:

Aurora, a film in which the main character, Viorel, is divorced. He does not handle the divorce very well. In a car park, he murders the notary that represented his former wife, along with the woman who happens to be with the notary. He then murders his former in-laws. At the end, he turns himself in to the police, confessing to the murders. The film follows him as he prepares for the murders, buying the illegally made firing pins, and purchasing a shotgun.

A Season in France, in this film an African high-school teacher (Eriq Ebouaney) flees his war-torn country for France, where he falls in love with a Frenchwoman (Sandrine Bonnaire) who offers a roof for him and his family. The film is directed by Mahamat-Saleh Haroun.

Ismael’s Ghosts, The story follows a filmmaker whose life is sent into a tailspin by the return of a former lover just as he is about to embark on the shoot of a new film. Directed by Arnaud Desplechin.

A Woman’s Life, A fragmented account of the life of Jeanne as she sets out on the path of adult life and gradually experiences the harsh realities of a woman’s life in the 19th-century. Directed by Stephane Brize.

Just To Be Sure, When 45 year old widower Erwan discovers by accident that the man who raised him isn’t his real dad, he begins a search for his biological father. He soon locates the mischievous, 70 something Joseph, whom his mother knew briefly. Erwan falls not only for his charm, but that of the impetuous Anna, who has ties to them both. The conflicting familial loyalties soon become compounded by the pregnancy of his own daughter Juliette, who defiantly refuses to name the father.